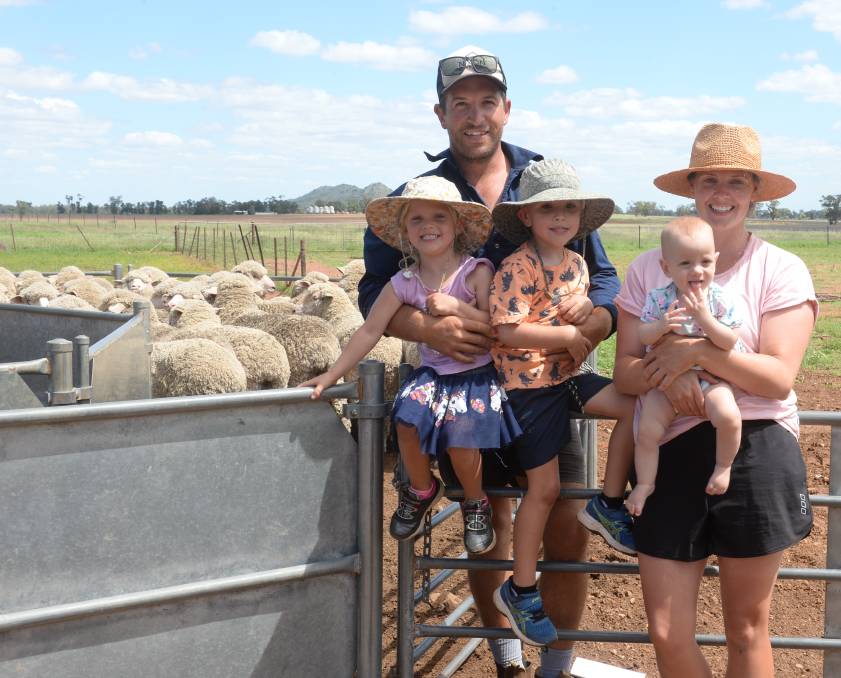 CONTINUING the tradition of breeding excellent quality Merino sheep, James Nixon and his family took out a hat-trick of wins at the 28th Ted Little Memorial Merino Ewe Competition recently.

James' parents, Grant and Dominique, first won the competition's hat-trick in 2000,01,02 and also gained three second placings and another win in 2005 before Grant's untimely death in 2006. He started with 200 ewes when Dominique leased the farm and has built the flock up from then.

Second prize went to Mat and Korina Aveyard's Plevna West flock, Trundle, which had won the competition in 20014 and 2016.

The Burke brothers, Chris and Greg, The Kars, Trundle were placed third. They won the top award in 2018.

Competition stalwarts, Anthony and Margaret Simmons and son, John, West Curyo, Trundle, who have exhibited every year of the competition were presented the Grant Nixon Encouragement Award.