A new record top price for the stud. 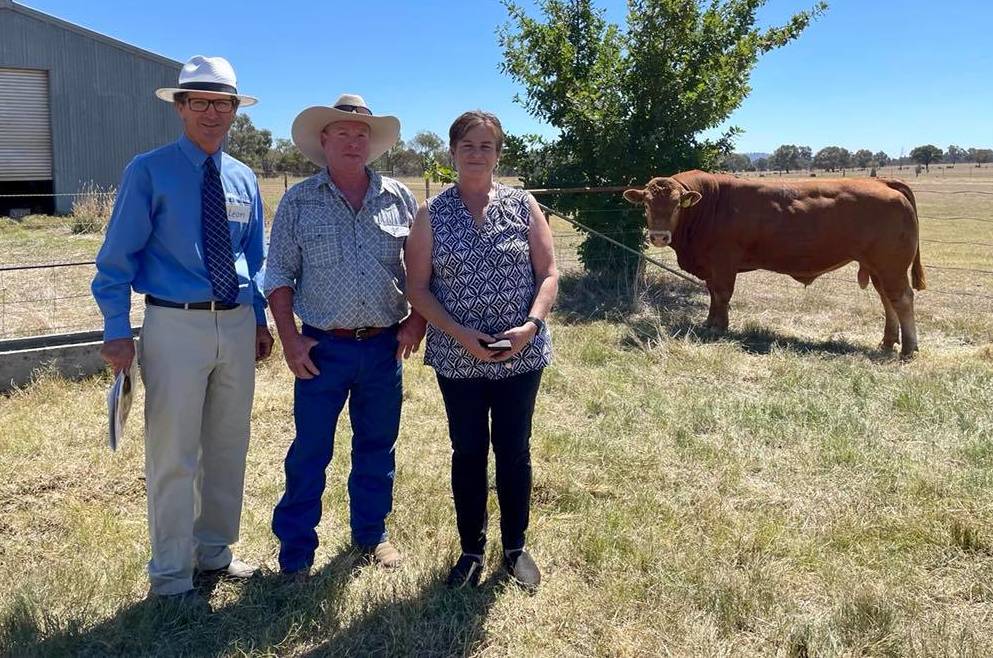 Le Martres Beef, Rosemont Farm, Table Top sold their Limousin bulls to a top price of $9500 at their annual on property sale on Friday, a new record for the stud.

The stud offered 50 bulls in a Helmsman auction and sold 18 for an average of $5778. A further five bulls were sold following the auction.

The Owens have been buying bulls from Le Martres for the last 18 years for their vealer operation.

"We have mostly black baldy cows and some Angus cross Limo cows, we put a Limo bull over everything and sell the calves at 10 to 11 months, straight off mum," Mr Owens said.

He said being a vealer operation they were looking at weight for age when selecting bulls.

"I'm trying to get the weight on them as quick as I can, I also like a good back end on them, a bit of size and strength," Mr Owen said.

"I'm getting results from these bulls at the other end, that's what it's all about."

The Owens also bought a second bull at the auction, Les Martres Quantum, for $6000.

"He exhibits all the traits of the Limousin cattle, carries good muscling over the body, has beautiful testicular expression," Mr Martin said.

"He's a bull you could use to breed commercial calves or to breed progeny to breed on from."

Mr Martin said most of his clients were from local regions, as well as Jugiong, Goulburn and Sydney.

"Most of our clients operate in the vealer trade, but we have plenty of people who will grow cattle out to young bullocks and then we have others who are using them in the top end of their breeding program," Mr Martin said.

The sale was conducted by Ray White Livestock GTSM with Michael Glasser taking the bids.