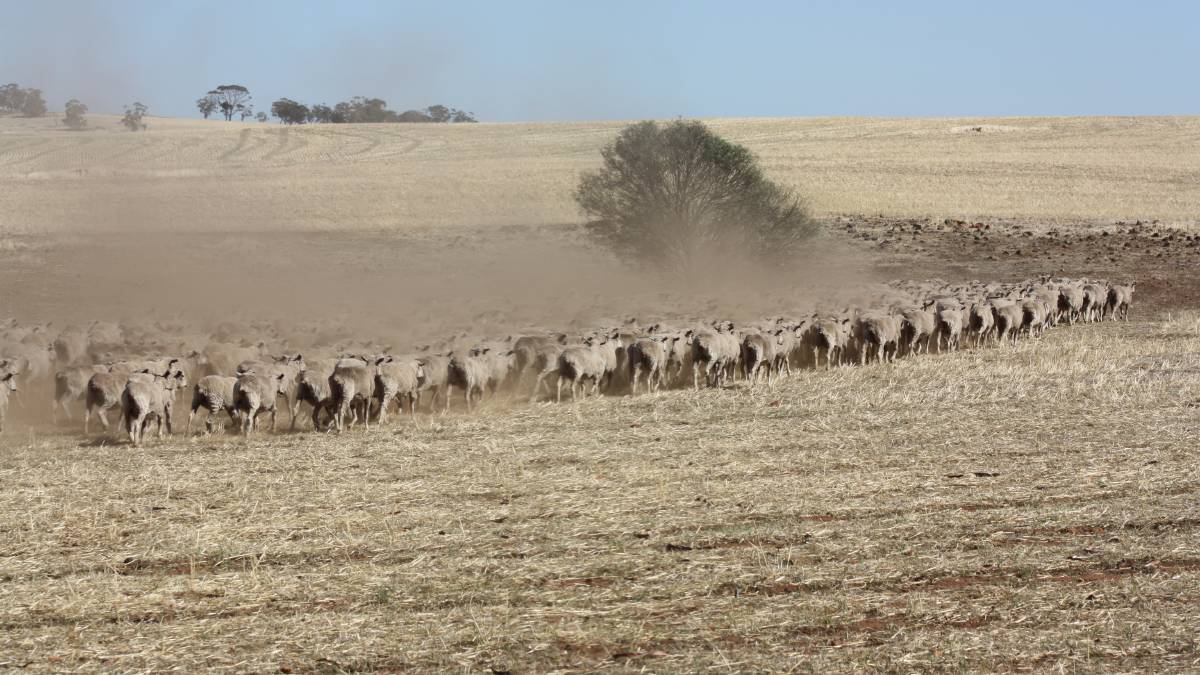 WHILE a valuable feed source, wheat stubble or chaff alone does not provide sufficient metabolised energy (ME) to maintain sheep in a mixed farming enterprise, a research project has found.

The research pulled together findings from several studies, including of adult Merino ewes grazed for four to eight weeks on wheat stubble paddocks on mixed farms at Tammin, Merredin, Warradage and Dandaragan in 2008 and between 2014 and 2016.

It also included results from a chaff feeding experiment at the CSIRO's Floreat animal house involving five-year-old ewes and 14-month-old ewes offered different wheat chaffs with or without a supplementary 200 grams per head per day of lupins.

Mr Thomas presented data that showed ewes grazing on standing wheat stubble continued to gain weight, albeit at a gradually reducing rate, until about day 35 on the stubble.

The ewes then began to lose weight at a more rapid rate than they had gained it, the data showed.

"Stubbles provide about 25 per cent of the annual feed base of sheep in mixed farming enterprises," Mr Thomas said.

"(But) sheep are very selective on stubbles, selecting only about 10 per cent of the biomass available to them - they are browsing as much as grazing.

Fine stem and leaf provided higher ME per kilogram of dry matter - ranging from 5.5 Megajoules/kg for wheat to 6.5MJ/kg for lupins - irrespective of the type of stubble crop, when compared to main stems, the research showed.

Main stems provided just under 4MJ/kg dry matter for wheat to just over 5MJ/kg for barley, while the recognised daily maintenance requirement for sheep is at least 7.5MJ/kg dry matter.

The study had calculated the likely ME in kilojoules available from each hectare of wheat stubble and extrapolated that to the annual maintenance ME requirement of the flocks grazing on them.

"Without supplementary feed, wheat stubble on its own will only provide about 8pc of the ME requirement for ewes on a typical Wheatbelt mixed farm," Mr Thomas said.

"Farmers running sheep on wheat stubbles need to ensure there are supplementary feeds available to meet the nutritional needs of the sheep - it might be spilled grain, green pick or another form of feed offered to them."

Research has also shown the estimated unharvested grain content in wheat chaff was only about 6kg/ha - assuming a two tonnes per hectare grain yield - compared to 52.4kg/ha for barley chaff, according to data presented by Mr Thomas.

The quality of header chaff was also consistently low at about 6MJ/kg dry matter, but varied with site, crop type and plant component - as in predominantly main stem or fine stem and leaf, the research showed.

The Floreat study had showed that on a body weight basis, young ewes had a 36pc higher chaff intake than mature ewes.

In general, wheat chaff on its own provided about half of the maintenance requirements of young ewes and about one third for mature ewes, Mr Thomas said.

Offering a lupin supplement of about 200gm/day lifted the ewes' energy intake, but did not affect the amount of chaff they ate, he said.