Mark Merrett's behind the scenes insight at the family farm has seen him become a popular content creator on YouTube. 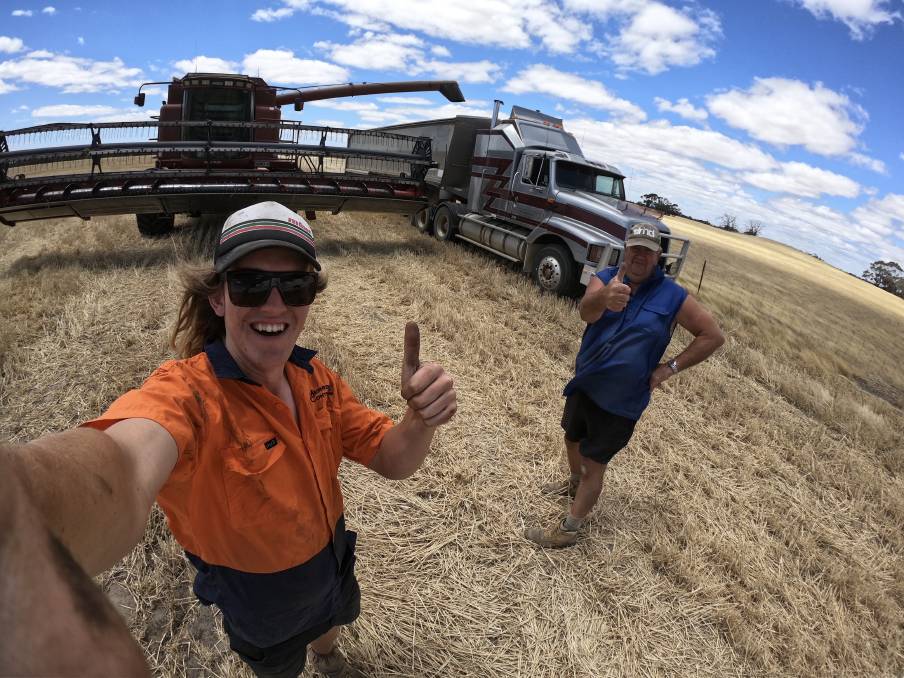 A local farmer is using the reach of social media to give people across Australia an insight into his daily life on the farm.

Mark Merrett works on the family farm, a 7000-acre property in the Dinyarrack and Telopea Downs area north of Kaniva, Vic, while also making videos and vlog postings of his day-to-day jobs.

He edits his videos and uploads them to YouTube channel 'Merrett Contracting - Australian Farm'.

Videos show Mr Merrett as he tends to day-to-day operations on the farm, with his father Ewan and mother Sharon, which includes about 2000 acres for crops and 2000 breeding ewes.

The channel has more than 1100 subscribers, with some videos watched more than 2000 times.

The most popular video has attracted 15,550 views.

Mr Merrett, who is one of a few people creating this type of farming videos in Australia, said he was inspired by farmers in other countries.

He began in 2016 by making a few videos of farm life for his nieces and nephews in Melbourne, and while he had a drone it was usually used for photos in the early phase.

With motivation from wife Chelsey and after receiving a GoPro for his birthday that year he began his channel.

"I started watching a lot of farm videos from overseas, and realised there weren't any Australian videos," he said.

"My videos cover day-to-day life on the farm. I talk through what I get up to during a day on the farm, and add some music edits to go along with the videos."

"I do enjoy editing - it is the time-consuming part though. Filming is really easy, all I need to do is talk to the camera while I am doing what I am doing," he said.

"Seeing some of the videos get a couple thousand views inspires and motivates you - seeing comments from people who really enjoy the videos really helps as well."

Not that he ever expected the videos to reach as many people as they have.

"I have been surprised by the amount of locals who watch my videos, and they say they really enjoy them," Mr Merrett said.

"It still surprises me that people like to watch me ramble on behind the camera and talk about my day-to-day work.

"If I can inspire some young people to be farmers, then I am doing a good job."

Mr Merrett said he also liked to be able to provide answers to agricultural questions people may have.

"Someone in Melbourne can go 'I know that wheat is what makes flour, but how is wheat made' - they can then type 'Australian wheat farm' on YouTube and I'll come up," he said.

He said his videos had popped up in unexpected places.

"Chelsey's cousin's brother-in-law is a teacher's aide, and he was working in an ag class and the teacher puts on this video and asks the students to do a response - it was one of my videos," Mr Merrett said.

"I don't want to expand too much - I like the idea of expanding, but not where it takes over and you're working one and a half full-time jobs."

Mr Merrett said he had not taken over the market and that the diversity of the industry meant other farmers could create similar content.

"Agriculture in Australia is so diverse and almost every farm could do what I'm doing - there's room for everyone."

Mr Merrett said he would like to get into product testing, which could potentially see him make videos about using and testing different ag tech.

He would also like to highlight farms across the region.

"In the future, I'd like to visit some different farms around the area, because there is a lot diversity in our area. It would be great to have tours and see how they are doing things differently."

View the channel at youtube.com/channel/UC0rF_r5JwMPLSu9sc0QjAkQ.