Most medium and long term climate models indicate their preference for the El Nino-Southern Oscillation will return to neutral during autumn. 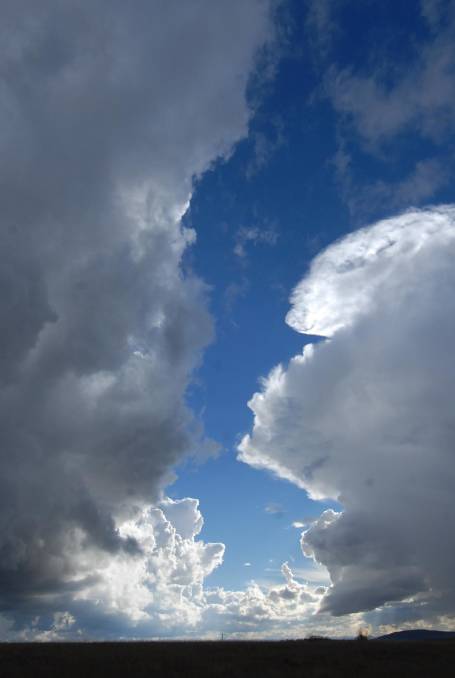 THE La Nina has passed its peak and will now continue to weaken gradually in the coming months.

Most medium and long term climate models indicate their preference for the El Nino-Southern Oscillation will return to neutral during autumn.

While La Nina's influence on Australian rainfall will probably decrease in the coming months, it will probably result in at least average rainfall to parts of northern and eastern Australia during the next couple of months.

By May, its influence should be minimal.

It is interesting to note that the tropical Pacific Ocean sea surface temperatures are currently close to La Nina - neutral threshold.

However, some atmospheric indicators such cloudiness near the Date Line, and trade winds remain well within the La Nina range, while the Southern Oscillation Index has fallen quite quickly and the 30-day running mean of -7.1 is still just within the La Nina thresholds but considerably lower than the February average of -11.

To the south the Southern Annular Mode has been close to zero for a week or two and looks like remaining so for a little while.

A neutral SAM in autumn has minimal effect so we will wait to see what happens with the SAM next month.

To the north, the Madden-Julian Oscillation in the Australian region is weak to non-existent, with the main pulse of the MJO the other side of the world.

When this occurs at this time of the year, tropical areas across northern Australia typically experience less cloud and rainfall than usual.

The next and possibly the final pulse of the MJO in the Australian region this season is unlikely to occur before the end of March.

Finally, to the west, the Indian Ocean Dipole is close to zero. However, SSTs in the Indian Ocean are warmer than average in parts of the north basin between Indonesia and north west Australia.

The IOD typically has little effect on rainfall patterns in south east Australia until early May but if this warm water persists, the IOD could slip marginally to negative, which would be a positive sign for those hoping for at least the occasional rain event in later autumn and early winter.

After a summer marked by minimal heatwaves, the average temperature was close to normal but still the coolest for a decade in many parts of Australia.

Slightly above average temperatures are favoured to persist in the coming months for most of eastern Australia - through autumn and winter this year and most likely into spring as well.

However, variability is likely to become an increasing significant feature of Australian temperatures as we move towards winter.