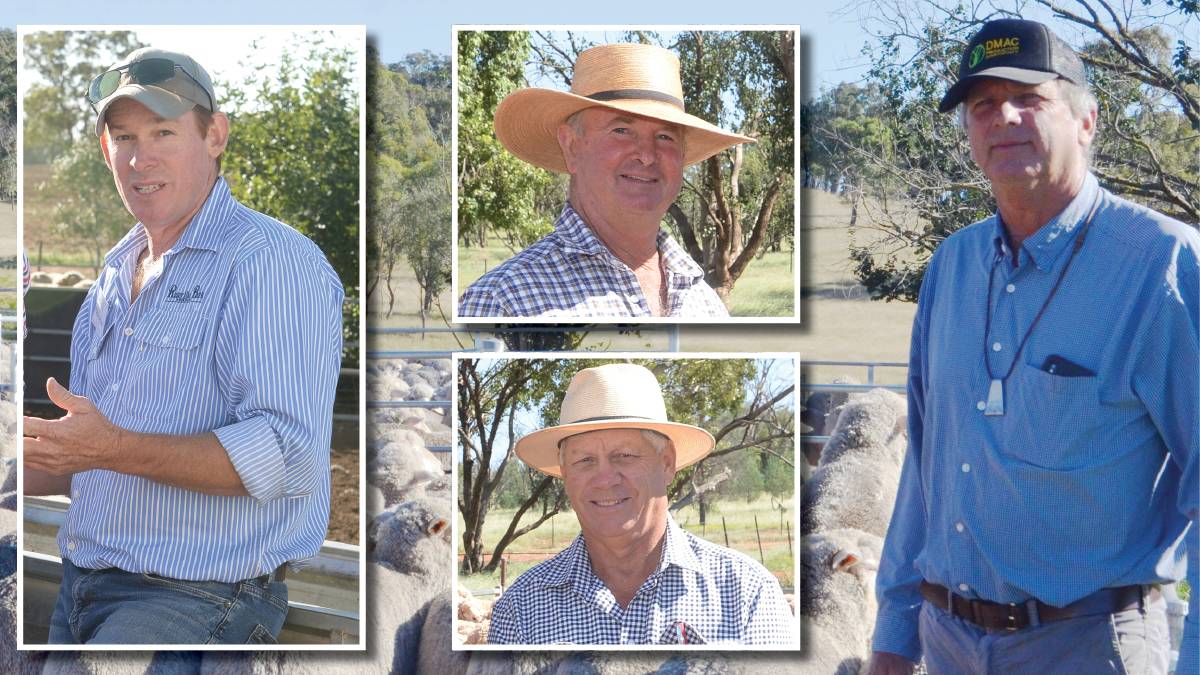 "Bigger is best" has long been the motto of customers to Merino studs across the state but is it really best?

"Bigger is best" has long been the motto of customers to Merino studs across the state, but is it really best?

This has been the discussion at several recent Merino ewe competition field days across the state where wool producers questioned the current size of Merino ewes as to whether they were too big or should they stay a moderate size?

At the Condobolin Don Brown and also at Trundle's Ted Little Memorial contests, judges with obvious different likings also started debate, which was taken up by attendees. Discussion was triggered when it was suggested a particular flock's ewes although magnificent in wools and fertility could possibly be a little bigger in size.

World Federation of Merino Breeders president, Will Roberts, Victoria Downs stud, Morven, Queensland, who was judging at Condobolin says the Merino industry was "almost" going too far with body size.

"I don't see the moderate frame as a detriment," Mr Roberts said.

"We all know that shearers might crutch 500 sheep a day if they are 70 or 80 kilograms. You only got to work out the maths of how much they are dragging out.

"Whether or not those animals are then a more productive flock is the question you've got to ask yourself."

Talking of the flock ewes being visited, Mr Roberts said he thought they were fitting somewhere in the middle as far as frame went, and at a 105 per cent lambing.

"So I do think we need to be a little bit cautious about where we are going with body size," he said.

Danny Picker, Hillcreston Park stud, Bigga, who was the other judge agreed.

"People are breeding crossbred ewes now that are weighing 100kg for a shearer to drag out and that's very detrimental to our industry," Mr Picker said. "We are going to find it very hard to find shearers in the future, or people to even lift a sheep's head up to drench."

"Now we have got rid of the fronts, generally, we've got big, long sheep and we're not going to breed plain little sheep," he said.

"We're going to keep having to breed bigger, medium, wooled sheep, because, to be honest, the Australian sheep industry as a whole, is making three to four per cent genetic gain year-on-year," he said.

He also thinks that the big sheep size of 70-80kg has been exaggerated.

"You only have to look at the AuctionsPlus national sheep sale assessments for weekly sales," he said.

On the Southern Tablelands, Taralga district wool grower Ian George manages 4200 dry-sheep-equivalents (DSE) on 600ha and he considers his Merino ewes are big enough for his country. He has recently weighed a selection of sale ewes which were not long off-shears and they averaged 55.5kg.

"I think that is a good size for our country with its high stocking rates and cold climate," Mr George said. "The ewes are growing a fleece weighing around 5.3kg and we have progressed in the past 35 years from when Merino ewes in this district were weighing around 47 to 52kg."

Mr George attributes the gain to better nutrition due to increased fertilser use on improved pasture, but also acknowledges better management had contributed.

"But do we need bigger ewes?" he asked. "They eat more and are not always the best in terms of production. I think I am in front running more ewes of a moderate weight, growing a good fleece and highly fertile."

Mr George thought the industry was being conditioned to accepting bigger Merino ewes were better.

"A grown mature ewe weighing 55kg in our country will give me a good return per hectare," he said.

"You can have ewes in good condition weighing heavier but a 70kg ewe will not allow me to maintain productivity."

Mr George is looking for returns of kg/ha not kg/head and he can run more moderate sized Merino ewes for a greater gross return.

"I don't think we need to breed Merino ewes any bigger," he said.

"I wouldn't like to seem them get a lot bigger," he said.

"I think it is all a matter of balance, but we are at that point of optimum size depending on where you are for the best returns from your country,'

Mr Pearsall noted the Merino ewes were a lot plainer in the body than when he started in the wool industry but wool weights had kept pace with management and desire for increased productivity.

"Here on the tablelands I think ewes weighing around 60-75kg are the optimum," he said.

"At that weight they are certainly fertile and are achieving maximum efficiency of pasture conversion at high stocking rates."

It is all about balance, Mr Pearsall said with more ewes producing more lambs and more wool putting more money in the bank.

"Give your ewes the opportunity to express their genetic potential but not at the cost of less production," he said.

In the western Riverina at Deniliquin, Elders wool manager Clyde McKenzie said he had seen very big Merino ewes currently being shorn and the shearers are being paid increased rates above the award to shear them.

"I've seen the sheep being dragged out for the shearers but I don't know whether they are being paid extra," he said. "Full-wool ewes and heavy in lamb weighing 80-90kg is a big weight to be dragging all day."

Mr McKenzie pointed out that in many of the older wool sheds, if the floor battens are not placed in the right direction, it also made the work of the shearers harder.

"We've had a good season out here and the sheep are heavy and fat, but I think the industry might have gone a bit too far," he said.

"They have to eat a lot more but they don't often cut any more wool than a moderate sized ewe with the right lock and good wide hips for fertility."

Mr McKenzie thought the push for big Merino ewes was being driven by consumer demand for prime lamb.

"Riverina-bred lambs are in demand because they have a very good dressing percentage," he said.

"With the supermarkets wanting trade lambs weighing 18-24kg, the bigger Merino ewe is ideal for joining to the traditional prime lamb sires," he said.

"The bigger Merino ewes are what the industry is looking for but they don't want the extreme. A moderate ewe will probably return more than a bigger ewe and will be a lot easier to maintain on pasture especially through a drought."