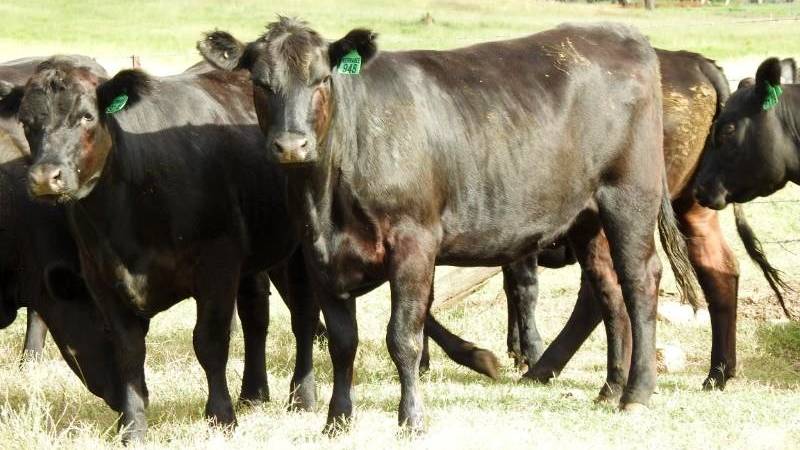 The 80 head of the catalogue passed in during the sale were all sold later that day.

The sale was held online and topped at $4300 for a pen of five cows with calves at foot, sold by vendor Fiona Conroy, Knewleave, Drysdale, Victoria.

One of the 23 successful bidders was putting lines together to make a switch to pure Te Mania Angus genetics.

Team Te Mania director Hamish McFarlane said while the beef industry was riding an unprecedented bull market, the cutting-edge quality of the genetics on offer saw the sale take off.

He said a lot of the registered bidders were repeat buyers who were very happy with previous purchases.

There was also a strong contingent of buyers were restocking and others taking the opportunity to upgrade genetics.

"But across the board they were all chasing the genetics, including some Wagyu breeders who were seeking high quality cattle with marbling traits," he said.

"There was also strong competition for the females with sexed pregnancies from people rebuilding breeding herds."

He said team members from three states including Tasmania took part in the annual sale, which has become a benchmark fixture on the Angus calendar.

"The team has more than 40 member herds in South Australia, Victoria, New South Wales and Queensland and using next generation Te Mania Angus genetics has, in the past 26 years, created a significant gene pool for progeny testing and expanding the level of carcase feedback from cattle run under dedicated commercial conditions," he said.

"This sale enables astute buyers to put together large, even lines of beautifully matched heifers and cows with unparalleled - and objectively measured - genetics.

"Every year this sale grows in stature, and this year provided an opportunity for breeders to steal a march on their peers," he said.