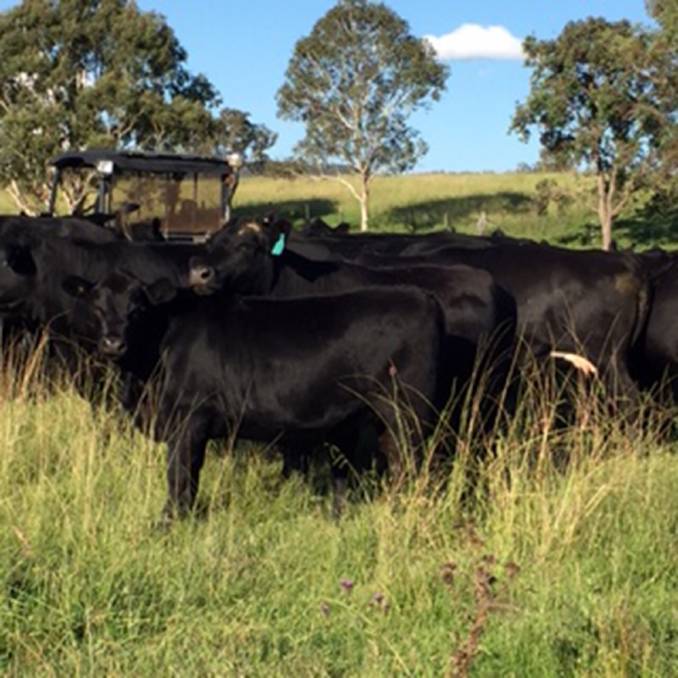 BREEDER OPPORTUNITY: Neville and Sue Grogan, Gardiners, Tenterfield, will have their entire drop of weaners for sale on March 18.

RAY White agents in the state's north are working together to hold three weaner sales over two days next week, with more than 3000 weaners on offer.

While the sales are smaller than usual - due to seasonal conditions impacting herd numbers, and some producers selling weaners earlier this year to make the most of the high market - there's no compromise on quality, with some of the most sought-after lines of weaners still available.

Ray White's feature Angus weaner sale at Tenterfield is expected to yard 1800 weaners, with 1150 Angus and Angus-cross steers, 500 Angus heifers, and 150 crossbred heifers, with 360 steers and 140 heifers being EU-accredited.

The Grogans are longtime vendors at Tenterfield, and this year they'll sale about 200 heifers and 180 steers.

"We usually retain some heifers for future breeders each year, but last year the calves weren't worth a lot, so we've kept them and grown them out, which means all of last year's calves are being sold," Mr Grogan said.

"With the drought we weaned down to four months last year, so those little heifers would have only made $300 or $400, and it was more worthwhile to feed them."

"They're good quiet, soft heifers that are well-grown because we've had an abundance of feed," Mr Grogan said.

The steers also weigh up to 350kg, and in past years they've gone to a feedlot at Gunnedah and backgrounders at Inverell and in south east Queensland.

While the draft is lighter than the Grogans' usual offering, the genetics are still there, with bulls from the Costello family at Nairn Park Angus predominantly used, along with bulls from local studs Inglebrae and Speriby North.

The Tenterfield sale will also give producers the opportunity to donate to the Westpac Rescue Helicopter Service based in Lismore, through their Helifarmer initiative. Vendors can support the service by either donating a fixed amount from the sale, or nominating a cents per head amount or a whole beast from a pen on sale day.