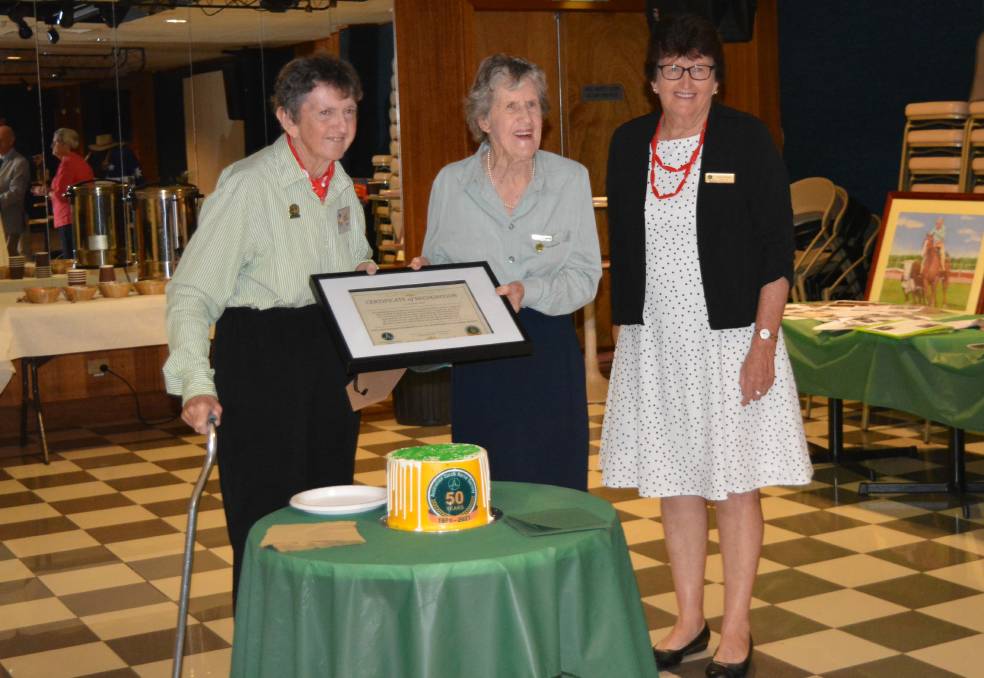 The Australian Stock Horse Society celebrates its 50th anniversary this year since it was formed at a meeting on April 8, 1971, at Sydney Royal Easter Show.

As such it is hosting multiple events through the year to recognise the milestone, as well as those involved in its establishment.

ASH director Barry Moore said the events have been organised as a "history trail", which follows how the breed's early advocates came together to form the then fledgling society.

The 1971 meeting at Sydney Royal was the third in a string of meetings that occured that year that were central to the society coming together.

Until recently though, it had been difficult to verify the first of these meetings (now known to have been held at Wellington's Church of England hall, on March 22, 1971) to the point that some previous accounts of the society's formation had Scone as the first meeting and Sydney as the second.

However, David Braid, who is the son of the most instrumental founding member, the late Alexander Laurel Braid (known as Alec or Alex), recently dusted off what appears to be an unintended time capsule of the breed's history.

David said when he was young, his father's desk was his private space, "it was just something we never touched".

Before Alec's death at age 78, on July 25, 2017, he was admitted to hospital. He had Parkinsons and his health was deteriorating. His house was also being renovated at the time and so his desk was moved, as it was, into one of the farm sheds, wrapped in a tarp, and left.

That was until last month, when David by chance had run into former Central West ASHS branch president, Ben Lawson, Cumnock, who mentioned the Wellington lunch and asked whether he had any memorabilia.

"I did have a little treasure trove of things, but then I went for a bit of a look in the desk," David said.

What he uncovered was a wealth of history around the society's formation, with everything from meeting minutes, to correspondence between his father and many horse breeders across the country leading up to and throughout the society's formation. It contained his father's vision of how the society would function, including aspects such as the original breed classifiers, plus a trove of personal items like love letters from Alec to his wife Arial and other historical Braid family items.

"It was a time capsule of his life," he said.

David said he also unearthed a rather unassuming school book, covered with the old brown paper that was typical of the time, in a box with a number of other items. It turned out to be the book of minutes from that first Wellington meeting.

Long-time member, Gillian Ryan, who knew Alec and is also thought to be the last surviving attendee of those first three meetings in 1971 (the Scone meeting being held on March 26, and the Sydney Royal meeting on April 8) has been going through Alec's correspondence and said "he really had a vision for the association before we even got the first meeting going".

Ken was also a long-time green coat (horse steward) for Sydney Royal, and she said Alec had written to him to be the chairman at Sydney before the Wellington meeting was even organised, such was his confidence in the support to form the new society. But the interest in forming a new society was also driven by a sense of urgency.

Even though the Stock Horse type had been long recognised, the American Quarter Horse was gaining much attention, while the stock horse didn't yet even have a pedigree registry.

In a letter to the editor in Country Life, on February 24, 1971, signed as Alex L. Braid of Riverside, Two Mile Flat, via Wellington, Alec expressed his concern that "for many years Australians have not evolved a standard stock horse and recorded their breeding in stud book form".

"The Americans are to be commended on their foresight in producing the wonderful Quarter Horse.

"Surely we must be a very complacent race of people to sit back and pay countless thousands into this industry when an Australian-bred animal could have done the same job.

"Our top camp horses - and there are many - are equal to the best Quarter Horse stock. It is not too late for us to gather our resources and form a controlling body to bring our great stock horses into a registry and breed for the intelligence, speed, conformation and stamina which they combine".

He concluded his letter with details about the upcoming Sydney Royal meeting and that plans were afoot to form a society. 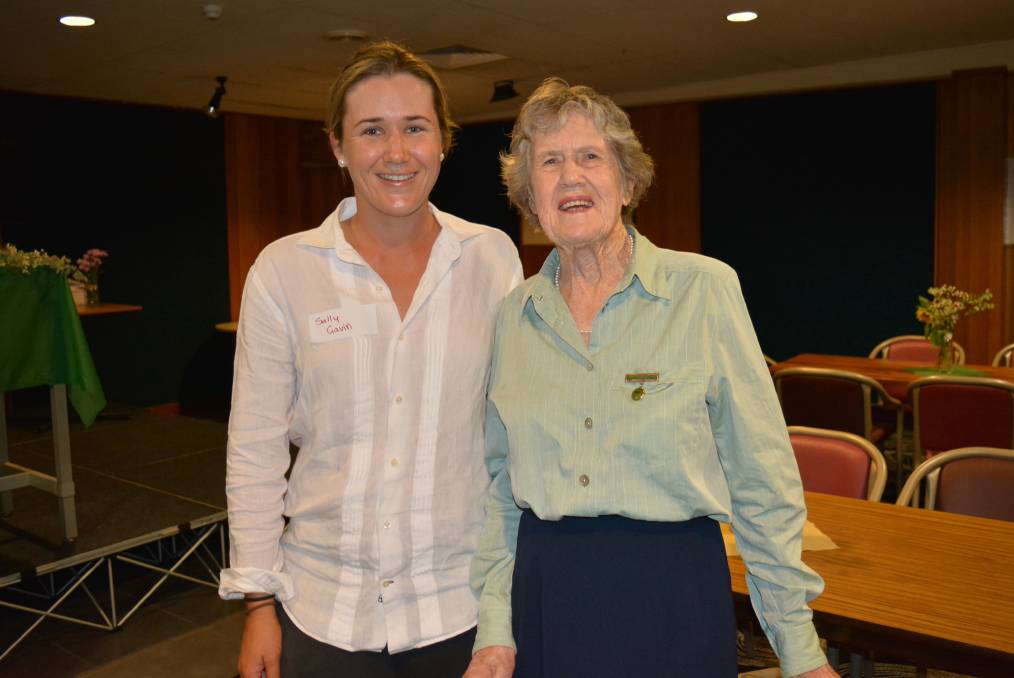 Gillian, then 22, took the minutes at Wellington, Mary Griffiths, Scone, did the second meeting, and a Royal Agricultural Society secretary minuted the third. From the Wellington meeting a delegation, which included Alec, Bryant Gavin, Cumnock, and Gillian, would also attend Scone and Sydney, Sydney being where the society's name was voted in.

Despite her early involvement, Gillian wouldn't become a member until 1975. In its first few years, the society recognised the registered breeding stock as the "members", rather than the people.

This encouraged mares and stallions to be registered, which had to be inspected before entering into the stud book.

It was in 1975 that she bought her first Stock Horse, a mare from the Fletcher family at Walcha. She also missed the breed's first official sale and demonstration day (which included campdraft, polo, polocrosse and hack), held at Dubbo on September 16, 1972, as she was working two jobs in preparation for a Young Farmers' exchange to Canada.

However, for the first few classification days in 1971 she would help with the paperwork for the classifiers, who travelled broadly, and she said through the 1970s the demand to get horses classified "just snowballed".

She said some of the big studs, especially in the Hunter Valley, were putting in the vicinity of 50 to 100 mares before the classifiers to enter the stud book. In Alec's notes, it was mentioned that in Queensland one breeder drove a semi-trailer load of mares more than 200 miles (320 kilometres) to one of the classification days. From then on, the classifiers would fly to the more remote stations to spare the owners the travel.

By 1971's end, they had classified more than 200 horses in Queensland and many, many more in NSW, the Sydney meeting having also included two Queenslanders, who would go on to attend the inaugural general meeting at Tamworth, held on July 15, 1971.

It was at the Tamworth meeting where the consititution was adopted, Bryant Gavin (a friend of Alec's since school at Wolaroi College, Orange) was elected as the first president, Alec as publicity officer, and Mary Griffiths as secretary.

Mary would work from her garage for several years until, firstly, she moved into the ABCA office, originally at Scone, then into an office on Kelly St (now Woolworths), and later the current Stock Horse office at 48 Guernsey Street when it was built (1996-97), which to this day is still the headquarters for the society, which at its peak in 2017 had 9300 members, plus branches in Canada, New Zealand and the US.

So, to begin the history trail, on February 13, about 40 ASHS members gathered in Wellington, at the Soldiers Club, to recognise that first meeting. The society's national show in late April will also feature a 50th anniversary fob watch as part of its major awards, as well as make available a commemorative coffee table book before its official launch at the Scone AGM on July 31.

Leading into the AGM will be the unearthing of a time capsule at Tamworth (buried at the 25th anniversary in 1996) from which a week-long ride will begin, carrying the capsule to Scone for the AGM to be opened. The AGM weekend will feature a "Class of '71" dinner, a challenge on the Sunday, and the announcement of the winners of a writing and poetry competition. An inaugural ASH Campdraft Championship will also be held at Goondiwindi, on August 6-8, and in late September, the ASH Youth show will include a youth camp.