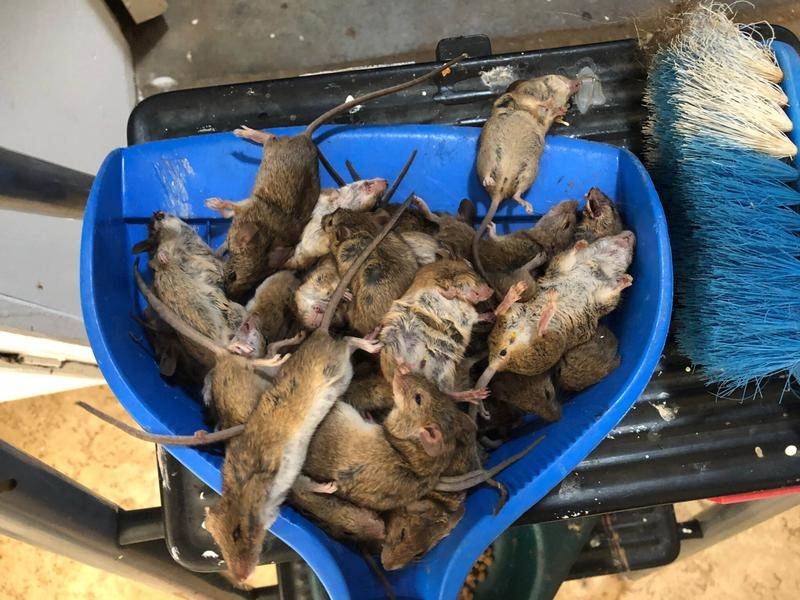 Farmers in many parts of regional NSW report a drastic increase in mice populations.

Farmers and people living in NSW rural communities are crying out for help to deal with an escalating mice plague that's threatening their health as well as the winter crop.

Farmers and people living in NSW rural communities are crying out for help to deal with an escalating mice plague that's threatening their health as well as the winter crop.

NSW Farmers is seeking urgent action from the NSW government as farmers in many parts of regional NSW report a drastic increase in mice populations, which are decimating crops, destroying stored hay and invading silos, sheds and homes.

The rodents are also affecting human health impact, with the NSW Western Area Health Service reporting increased cases of leptospirosis as a result of mice in domestic dwellings.

"Farmers need some more control options. We are requesting that an Emergency Use Permit be issued for Zinc Phosphide to treat seed," Mr Jackson said.

"This will allow farmers to have their own grain professionally treated, removing the biosecurity risks posed by using foreign seed.

MORE READING: EPA to help with off-label use of farm mice bait.

"It will also reduce the cost of sourcing sterilised or de-vitalised grain by farmers using their own treated seed to be sown for winter cropping."

NSW Farmers is also seeking some financial assistance through a small grants program.

"Mouse control is very costly. The severity of the current plague has resulted in the need for multiple aerial and ground bait applications in cropping regions," Mr Jackson said.

"Potential options we are putting up include a rebate on rodenticide products or a subsidy for ground and aerial baiting. Action is needed now. This mice situation is only getting worse."

Mice damage reports were flooding in from farmers and rural communities from the north, south and central west.