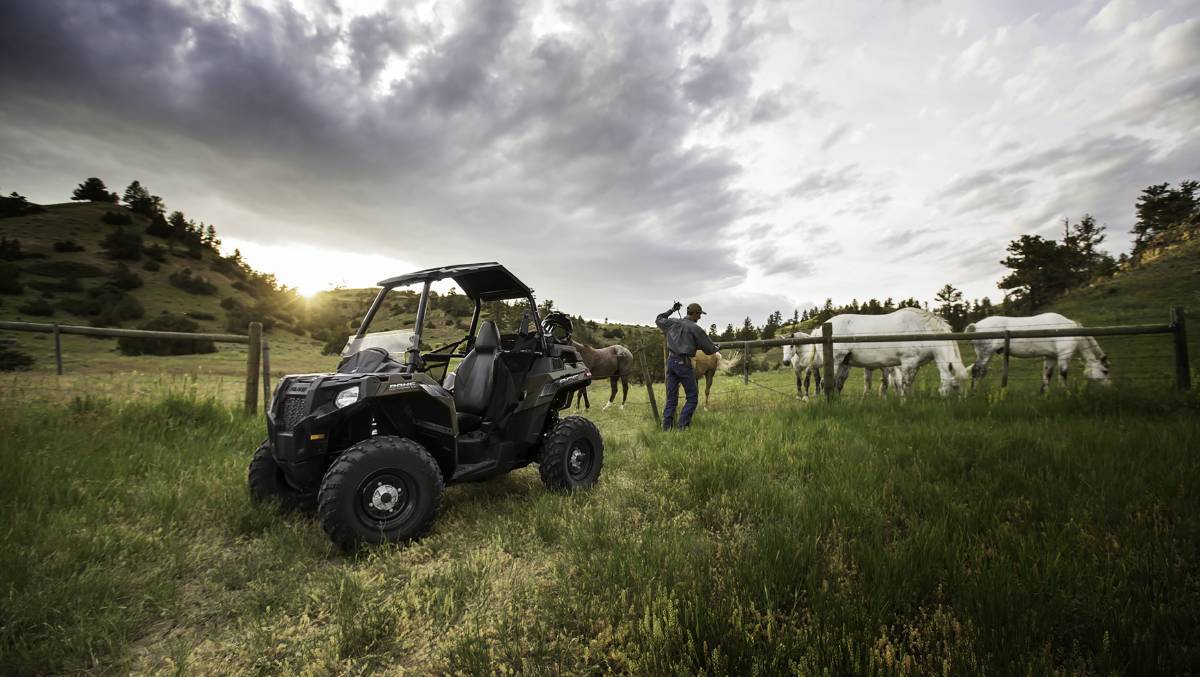 Some manufacturors are reporting waiting periods of two to three months for side-by-side vechiles.

There has been a continued growth in demand for side-by-side vehicles (SSVs) as agriculture moves towards complying with new regulations, which will require quad bikes to meet minimum stability requirements and have rollover protection devices fitted by October.

However, the Federal Chamber of Automotive Industries All-Terrain Vehicle (ATV) manager Mark Collins said 2020 ATV sales were also rising, with farmers panic-buying what they could before major manufacturers leave the market.

"ATV sales would have been even higher if these major brands had not run out of stock mid-way through the year," Mr Collins said.

Like several international manufacturers (including Honda and Yamaha), Polaris confirmed they would stop supplying quads to the Australian market by October 2020 and marketing manager (Australian and New Zealand) Kris Matich said they had sold out of ATVs by September.

Mr Matich also said there was now up to a two to three-month waiting period on some Polaris SSVs due to a spike in demand and COVID-19 induced component supplier delays.

Robertson's Motorcycles, Dubbo, owner Dale Robertson said they had definitely been selling more SSVs than four-wheelers, with that trend growing over the last three to four years.

"When we first opened 11 years ago we would be lucky to sell three or four SSVs a year, now we sell that many or more a month.

"Once you've had one you wouldn't have anything else but there's always going to be a place for ATVs because these side-by-sides just can't go where a four-wheeler can.

"But the last thing we want is to see older farmers pushed back onto two-wheelers or even a horse."

Since the rebate scheme was introduced in 2016, more than 2500 SSVs had been purchased and 1000 roll bars had been installed.

But are the safety stats stacking up?

Recently released information from AgHealth Australia showed that nation-wide in 2020 there were 14 on-farm quad bike deaths reported in the media and seven related to SSVs.

The injury count was more stark between the two vehicle-types with 47 on-farm injuries associated with quad bikes reported by the media and just two related to SSVs.

However, Mr Collins said it was important to note that there were far more ATVs in the field than SSVs.

Since 2017 there have been 12 SSV fatalities in NSW and in all 12 cases operators were not wearing a seat belt.

FarmSafe Australia executive officer Stevi Howdle said SSVs, like other farm vehicles, have inherent dangers associated with them and they need to be operated properly.

"We need to reinforce that safety needs to be a priority, not an afterthought. There is nothing else that is more important, because if you get hurt, the job doesn't get done at all," he said.

"Put the seatbelt on, even if it takes and extra five seconds. Wear a helmet, don't just take the helmet."