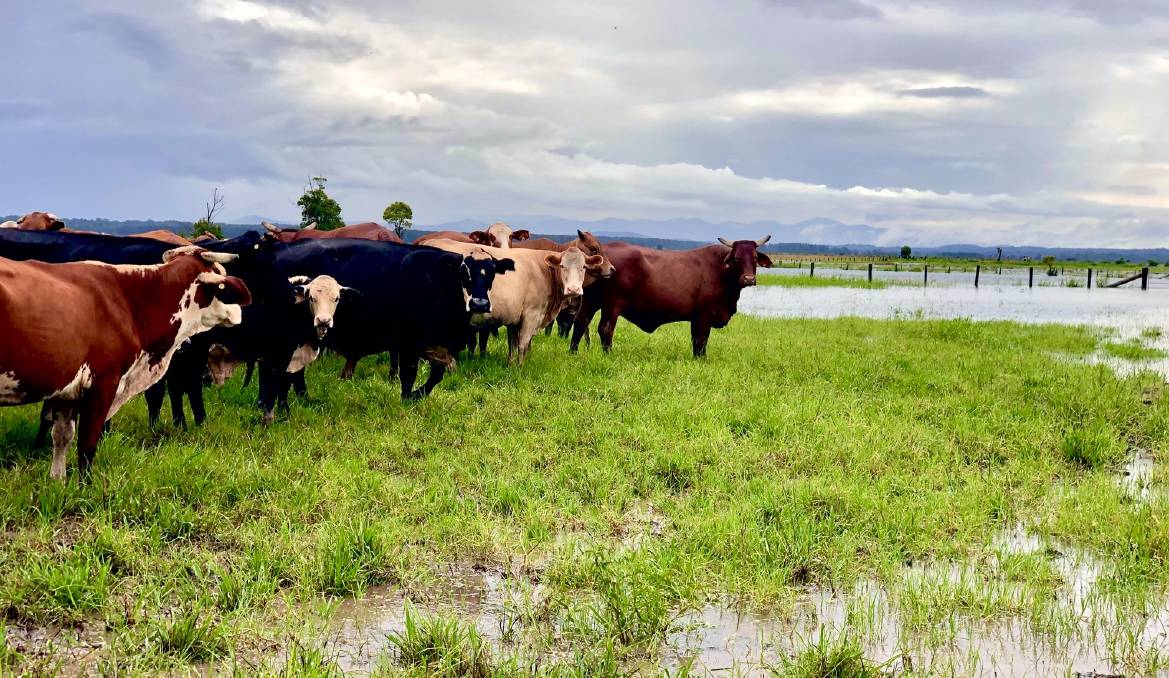 Cattle just about to be shifted into trucks. Photo: Samantha Townsend

"Yeah mate, just bring them up".

But they were exactly what you want to hear when you are desperate for somewhere safe to take your cattle.

When it has to come to this flood event, everyone has been quick to judge people whose cattle have been stranded.

They say: 'didn't you look at the forecast? Didn't you see it coming?'

Most of us on the Macleay River have been through plenty of floods.

We are always watching the weather when it rains around the clock, even if it's just a scud.

And when it's like this, we watch the river heights every hour. 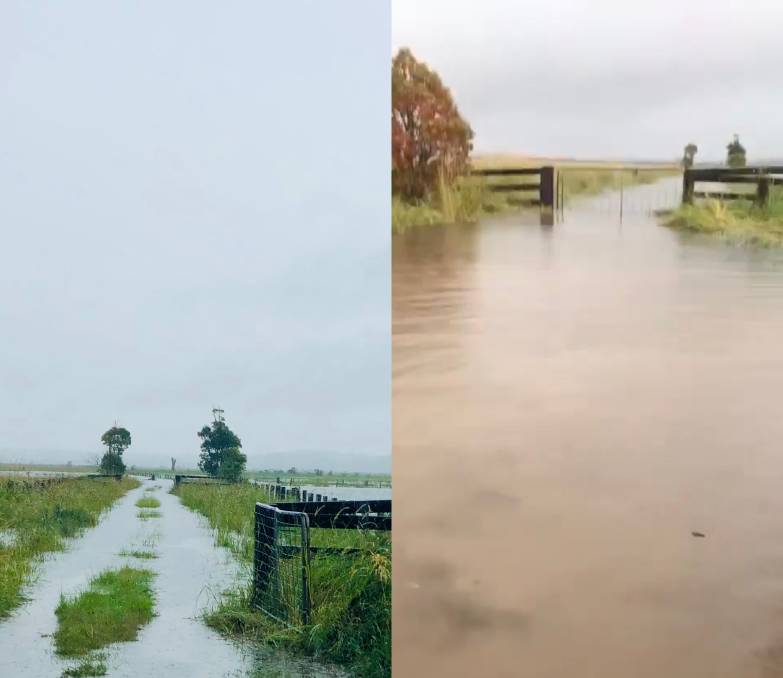 What a difference a matter of hours makes. Photo: Samantha Townsend

We speak to people further upstream from us to see what the river is doing.

But for many this was unexpected, no one thought it would rise so quick.

In a matter of 10 hours, it went from we'll be right to cattle in water up to their bellies.

We have been battered on several fronts.

First there was localised flooding after 500mm fell in less than two days.

Then we got smashed by two river systems from the Hastings and Macleay Rivers.

Adding to that was heavy rainfall that fell in the catchment near Armidale.

And that had to go somewhere - where else but down towards us on low lying flats.

Dairy farmers, who will have to keep milking, will have to endure a long autumn and winter until they are able to re-sow their pasture.

But in the meantime, the rain has been relentless and no one ever wants to complain about rain, especially because some folk have not been fortunate and got any. We had gone from an abundance of feed having recovered from drought, but in a matter of days it was a lake.

On Wednesday as hundreds of millimetres began to fall, we got a phone call from Kempsey Stock and Land agent Laurie Argue who said he was moving cattle.

When he was done he would help.

"It's just the done thing to help your neighbour," he said.

The following day the water was rising and we had to get them out. We had a plan, we were prepared.

At each truck load, the water rose inch by inch until it was over the axles of the truck by the last load.

But even when we had them to safety, the battle had only just begun. 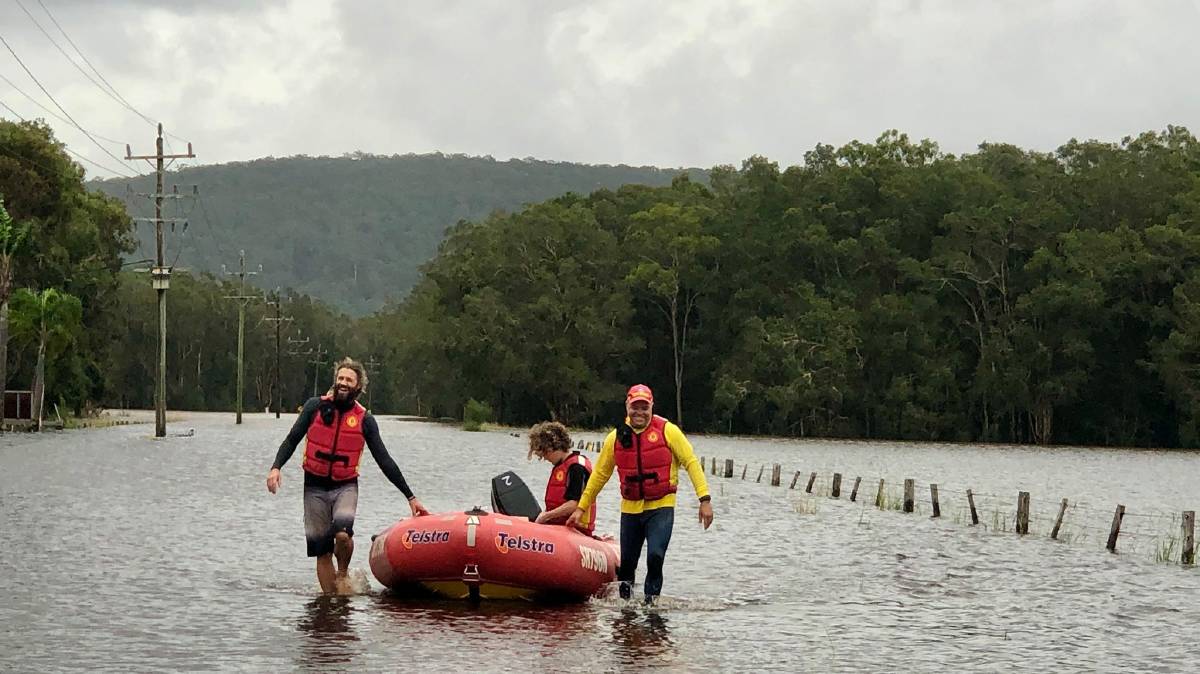 Like many on the Macleay Valley once we knew our cattle were safe, we went onto to help friends and strangers.

Stockmen and farmers have gone to extraordinary lengths to make sure people were safe as well as their cattle.

One stockman went into floodwater to cut a barbed wire fence so he could push through stranded cattle while surf club volunteers have spent days in boats (in the rain) ferrying people, medical supplies and food to my isolated village.

My town has rallied in isolation with businesses banding together to make sure people were safe and had food to eat.

I even found myself sitting on the back of a trailer in the middle of floodwater and pouring rain waiting for food to be carted over in boats to supply the township.

While this was all happening, we had to make the decision as to whether we sell all of our cattle, feed them out once we could get back to our farm (which would have been weeks) or find agistment, which we had never done before.

A quick thinking colleague gave me numbers and one call changed everything.

When Nutrien Boultons Walcha agent Miles Archdale said, "Sure mate, bring them over" to a stranger without hesitation it was a massive sigh of relief.

To him that might have been another day at the office, but to us it meant so much.

The same was said for Phillip Hart from Betts Rogers Transport Walcha who was also quick to say, "No worries Sam, we will get them up there for you".

All of this from a district of just dirt only a year and a half ago, where some of the highest water restrictions left them carting every precious drop.

They were the ones making those calls; "Do you have agistment?" and now it's come full circle - and they are returning the favour. 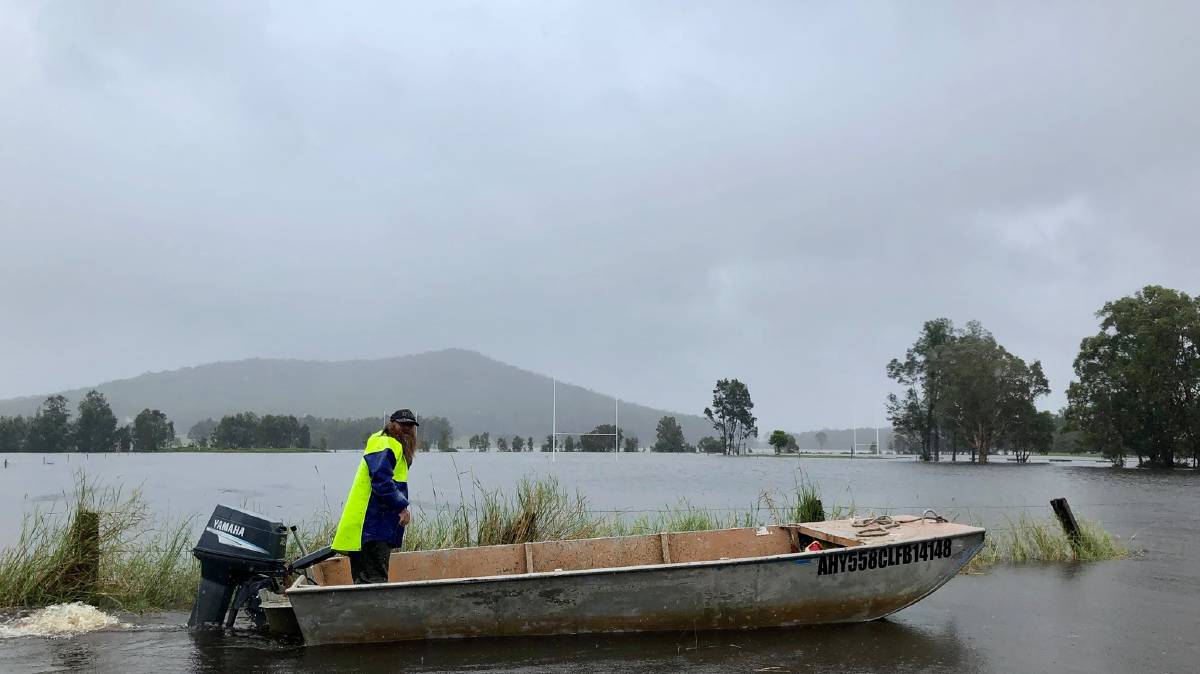 Community members dig deep to help out where they can. Photo: Samantha Townsend