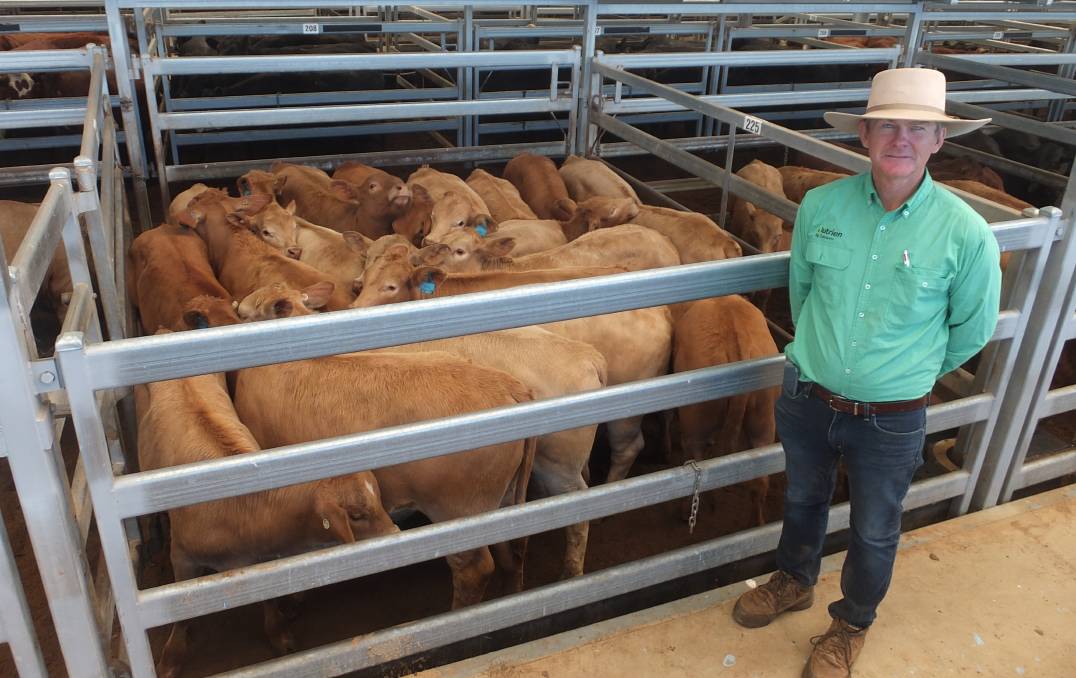 The tighter supply of top quality cattle at prime sales means what would have been top dollar a few weeks ago is now only buying mediocre quality cattle.

The tighter supply of top quality cattle at prime sales means what would have been top dollar a few weeks ago is now only buying mediocre quality cattle.

The yarding slipped to just 430 head (back 1300 on the week before) at Dubbo prime sale last Thursday and buyers had to up their budgets to earn a place at the buyers' rail.

While feeder cattle were dearer, the auction action was with the restockers, who paid up to 600c/kg for young steers and 575c/kg for young heifers.

No doubt with the reports of these lofty prices paid for weaners last Friday in their minds, restockers and lot feeders put further pressure on the markets at prime sales on Monday.

Forbes yarded just 344 head and the lot feeders took home the lion's share of the offering.

At Tamworth, meanwhile, the yarding was steady at 940 head, but there was restricted buying, and even a notable absence, of some processors.

This left the restockers to clean up all the vealers offered and then a combination of restocker and lot feeder competition to take home the yearlings.

Supplies were also tight in the south of the state, although not to the same extent as central and northern areas.

Wagga Wagga's yarding dipped to 2000 head on Monday and, just as reported from Tamworth, not all the processors were operating fully.

Feedlots and restockers picked up the slack and pushed the price trends higher on both the vealers and yearlings.

The rain-affected yardings of Tuesday last week had recovered, but in many cases, were still not back up to normal levels for this time of year.

This didn't stop the higher prices for young cattle and, at Gunnedah on Tuesday, heavy feeder steers were as much as 15c/kg dearer and lot feeders paid to 496c/kg for yearling steers.

In the Central Tablelands, feeder steers and heifers were 10c/kg to 18c/kg dearer, with the feeder steers selling from 400c/kg to 478c/kg at Carcoar on Tuesday.

The Eastern Young Cattle Indicator hit a record of 896.5c/kg (carcase weight) on Monday, but had slipped to 883.5c/kg by Tuesday.