Two people leading the success of Lambpro are both women. Individually tagging and weighing more than 9600 lambs this season for one of the country's largest prime lamb seedstock businesses isn't for the faint hearted.

But at just 27 it's one of the many hats Georgia Cluff will take on after being promoted to Lambpro's Kinross Station breeding manager.

The Holbrook-based sheep operation made headlines last year as one of the highest grossing single vendor Australia stud sales and now two key players behind its success are women.

Zanda McDonald Award winner Rozzie McKenna was recently promoted as the Lambpro operations manager paving the way for another female to take on the role of Kinross Station breeding manager.

Georgia will monitor all stock inventory, conduct joinings and follow lambs from birth to weaning and even the auction ring.

Ms Cluff grew up on a sheep property near Gilgandra, studied animal science at university and began as a casual staff member with Lambpro in June 2019. 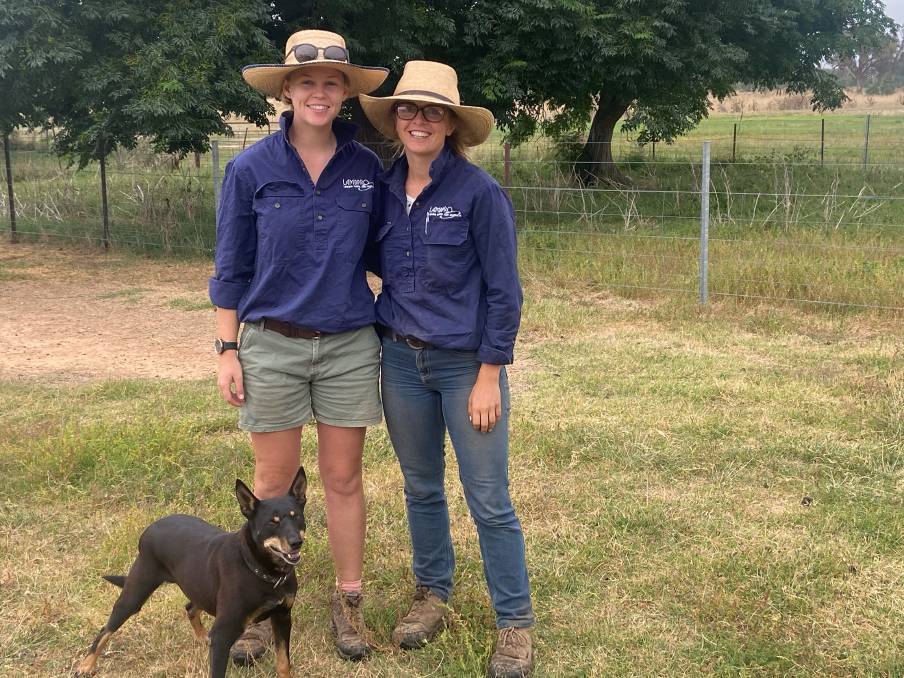 She has big plans to continue to progress further within the business.

"It's definitely a proud moment that Rozzie and I are both getting a bit of lime light," Georgia said.

"Within the sheep industry there are a lot of females in the industry now as opposed to five or ten years ago.

"It's an industry I've grown up in and had exposure to but it's a hard one to crack into but once you are in and you prove yourself you get a lot of momentum and even males in the industry push you along.

"Lambpro is such a big operation and it's progressing every day. It's not about what we are doing today and tomorrow, we are thinking about next year and years beyond and keeping our customers happy."