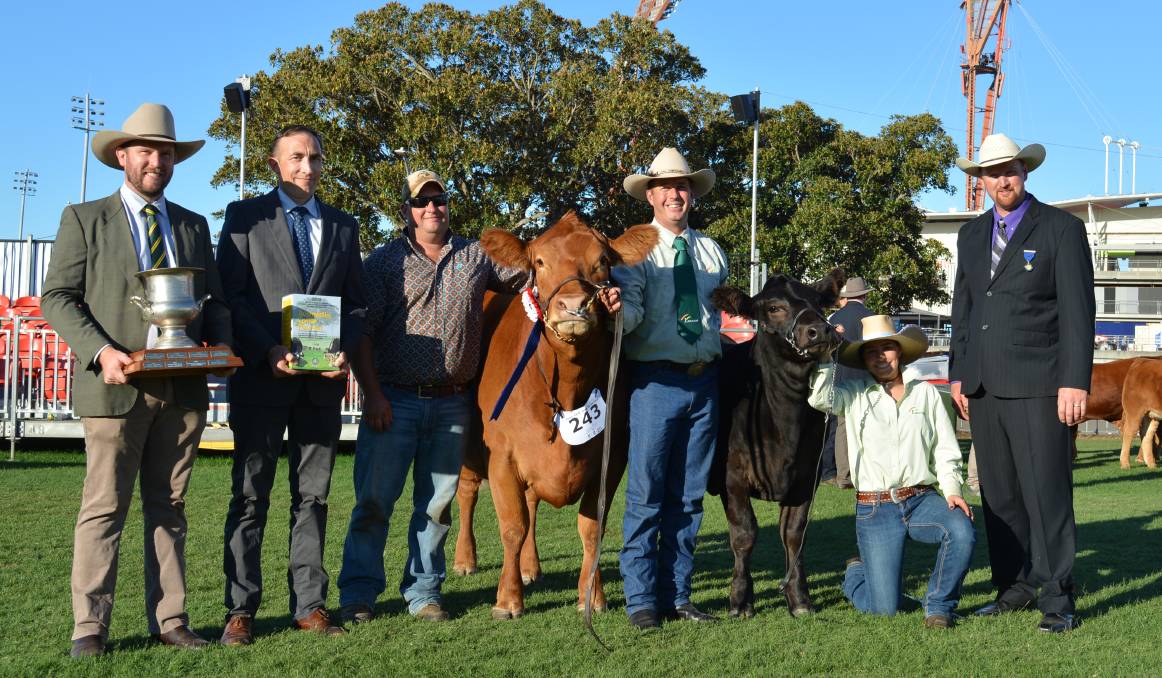 A cow that was all class from Progress Limousins stormed the judging ring to take out senior and grand champion female and best exhibit.

Progress Perfect Storm P5 came to Sydney off the back of a grand champion win at the Royal Canberra Show in February and didn't disappoint.

The daughter of sire Progress Moose M2 and dam Progress Collies Magic K4 was fro the over 30 and under 36 months class.

Judge Tim Lord, who presided over the 52 Limousin entered, described the cow as having great feet and legs, a picture-perfect udder and a calf that "will be better than her dam, I reckon". 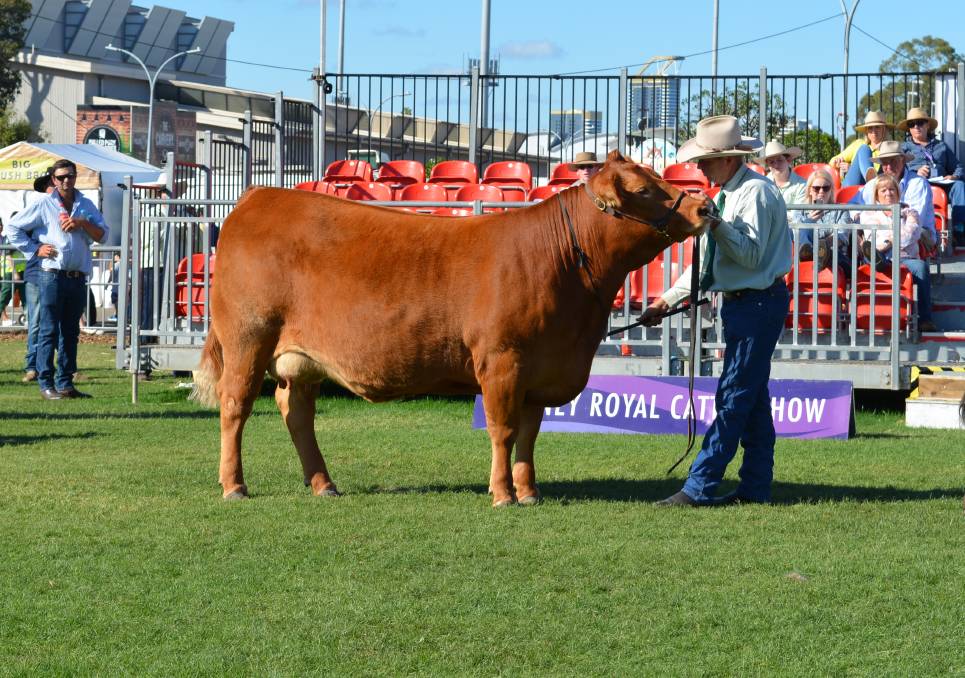 With the depth of quality that was presented in the Limousin line-up, the cow had to overcome a quality bull in the grand champion, Raydon Park Quokka.

Quokka tipped the scales at 974 kilograms with a 138 square centimetre eye muscle area, all while only 19 months old.

The son of Morrisvale Kept Secret, and from Raydan Park Lousie, was descried by Mr Lord as a "big peformance bull, with a big EMA and fat cover, squareness through the hip and pin and great head and testes".

In reserve was the 1006kg Raydon Park Qashqai, from the same age class, and exhibited by Raydon Park, Mulloon, with a 148sq cm EMA.

Reserve senior female was Kia Ora Patricia, by Wulfs Apostle and from Kia Ora Montana, and was exhibited by Kia Ora Limousins, Roslyn.

In the junior females, a first-time Sydney exhibitor stole the show, with Keajura Park Limousins, Tarcutta, taking champion and reserve.

In reserve was another Big Star daughter, also from the female over 12 and not over 14-month class, Keajura Park Meadowgrass, also exhibited by Keajura Park Limousins.