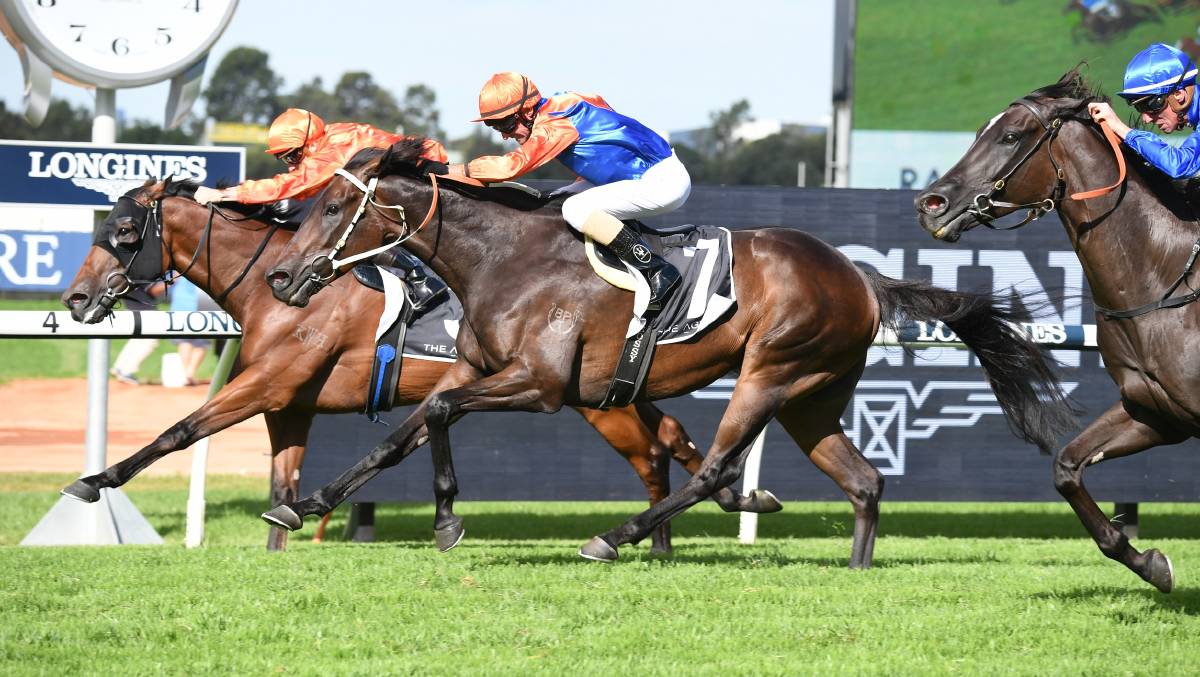 Think It Over (and Glen Boss up, middle) gives his Kembla Grange trainer Kerry Parker his second Group 1 win in the George Ryder Stakes at Rosehill. Photo Steve Hart

THE Danehill sire branch of retired Arrowfield Stud stallion Not A Single Doubt landed a significant boost when exceptional colt Stay Inside strode away to take the $3.5 million Longines Golden Slipper Stakes-G1 at the rescheduled Rosehill meet last Saturday.

Trained by Freedman brothers Michael and Richard at Randwick, and ridden by Tommy Berry for Berry's third Golden Slipper victory, Stay Inside belongs to the first crop two-year-olds by Extreme Choice, a dual Group 1 winning son of Not A Single Doubt.

Bred by Kingstar Farm near Denman, Stay Inside proved that any breeder/owner has a chance at the "big league", the colt being produced from Nothin' Leica Storm, an Anabaa country winner which sold for $1000 at the 2015 Inglis Australian Broodmare Sale. 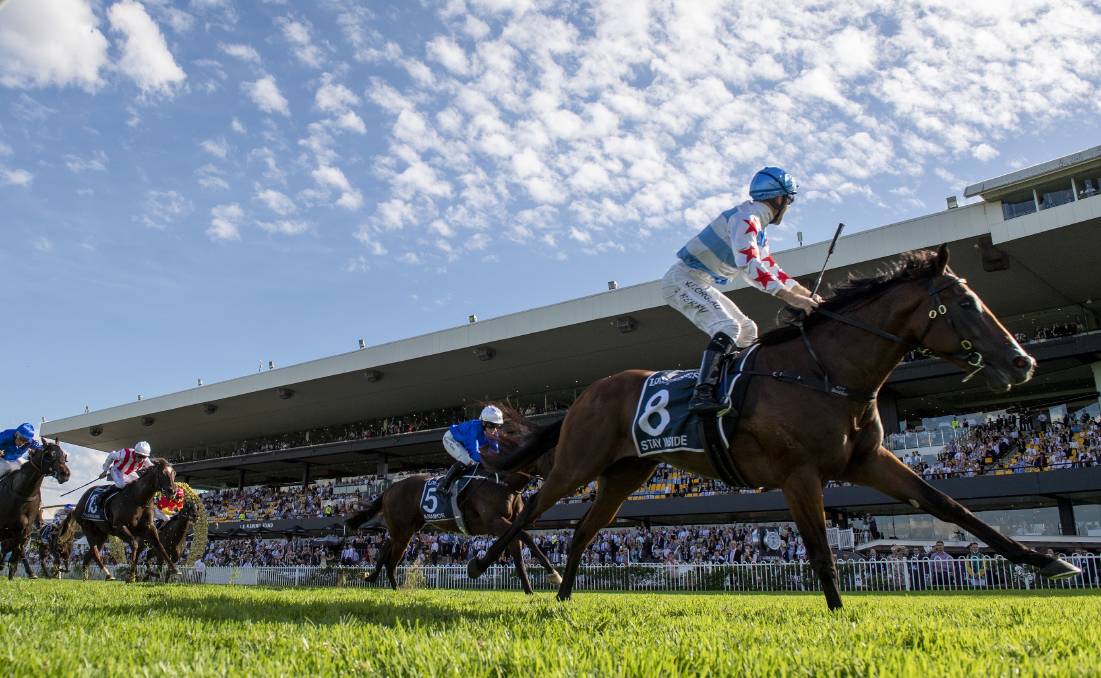 Not A Single Doubt almost scored a Group 1 winning double via sire sons. The other is Victorian based Squamosa, sire of Order Of Command which finished second in the Bisley Workwear The Galaxy-G1 another major highlight at Rosehill.

It made me think of The Land's late Thoroughbred scribe Jennifer Churchill. Jenny loved the mighty galloper and stallion Todman (Star Kingdom), and stood a Todman sire son Tod Hunter at her Castle Hill property for a time.

By Savabeel, Mo'Unga (produced from Chandelier) has a female tail-line that carries a double cross of Jenny's beloved Todman.

INTERRUPTED training schedules have been "across the board", with conditioners and gallopers having had to adapt.

The rescheduled and reshuffled Polytrack Provincial Championship Qualifier at Kembla Grange has indeed returned to Kembla Grange now the $150,000 highlight running this Saturday. 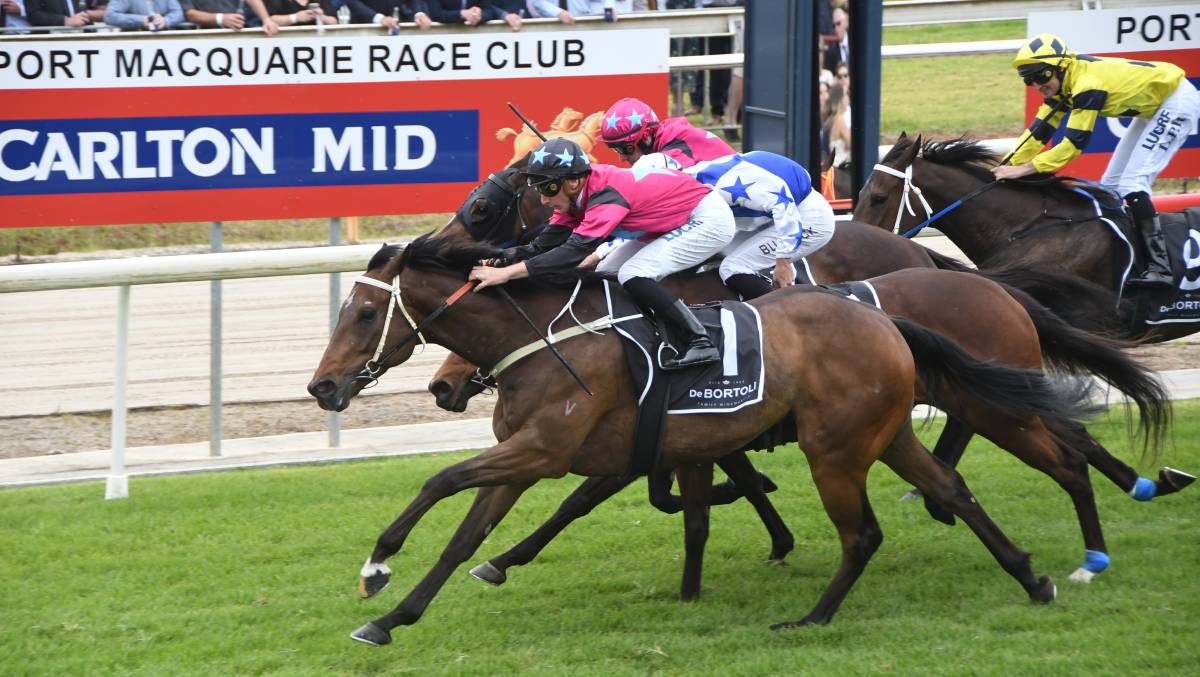 The Paul Perry stable will at least have one Final starter. Fresh from winning on a soft track at Randwick in mid-February, Perry's four-year-old Dundeel gelding, Pandano followed up with a win in his local $150,000 Provincial Championship Qualifier at Newcastle in late February.

Five-year-old Plonka will have his second chance in the Newhaven Park Country Championship Final at Randwick on April 10 following his win in the $50,000 Newhaven Park Wild Card at Muswellbrook last Friday.

WHILE former top hoop Wayne Wheatley had to settle for a place at the Tullibigeal picnics last Saturday, his travelling mate "Leo" Leandro Ribeiro combined with Dubbo conditioner Connie Greig to score a winning treble, including the Tullibigeal Picnic Cup.