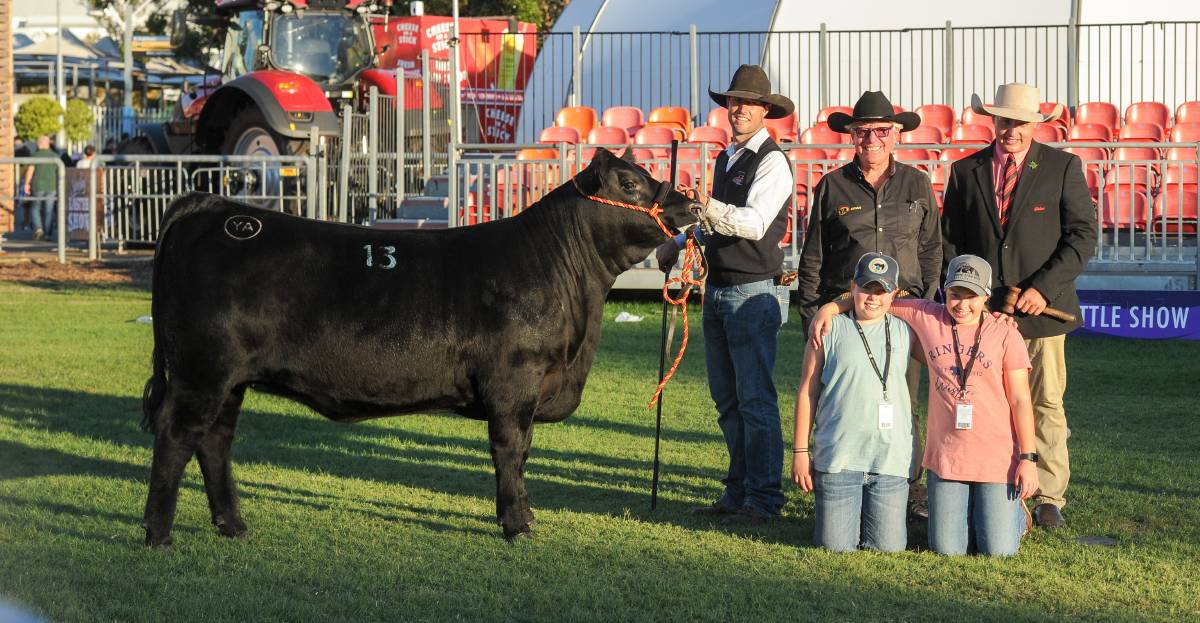 A 14-month-old Angus heifer from Yamba Angus was knocked down for $20,000 at the Elders Bull and Female Sale at the Sydney Royal Show.

THE Elders Angus Bull and Female Sale reached a $20,000 high during Saturday nights auction at the Sydney Royal Show.

With 15 live lots and five genetic packages on offer, the sale followed on from the Angus breed judging earlier in the day.

By VAR Discovery 2240 and out of Yamba Justine L17, the female placed second in the female over 12 not over 14 months class.

By Pathfinder Genesis G357 and out of the 2016 supreme Angus exhibit of Melbourne Royal, KO Dream G68, she has champions in her blood, also being a full embryo transfer (ET) sibling to KO Dream N34, the 2019 supreme interbreed exhibit and 2018 interbreed champion junior heifer at the Royal Melbourne Shows.

The sale was conducted by Elders Goulburn with Lincoln McKinlay as the auctioneer. Photo: Lucy Kinbacher

Snapped up by a buyer through AuctionsPlus, the high-selling bull was the reserve junior champion Angus bull and came out of the bull over 14 and not over 16 months.

He was by ABS Australia semen sire HA Cowboy Up 5405 and out of Myanga Lady Louise L226 who was the 2018 Sydney Royal Show interbreed champion female and part of the Angus Hordern winning pair that same year.

With a retail beef yield estimated breeding value (+2.1) in the top four per cent of the breed, Cowboy Up R1 was also sat top 15pc or better for 200-, 400-day and mature cow weights and scrotal size.

The $1400/embryo top-priced embryo package was offered by KO Angus stud, Kangaloon and purchased by an AuctionsPlus online buyer.

It comprised of four embryos out of KO Princess L34 sired by Baldridge Beast Mode B074, the same mating of the 2020 KO Angus sale-topping female, KO Princess Q39, that sold for $20,000 last year to Boambee Angus, East Seaham. 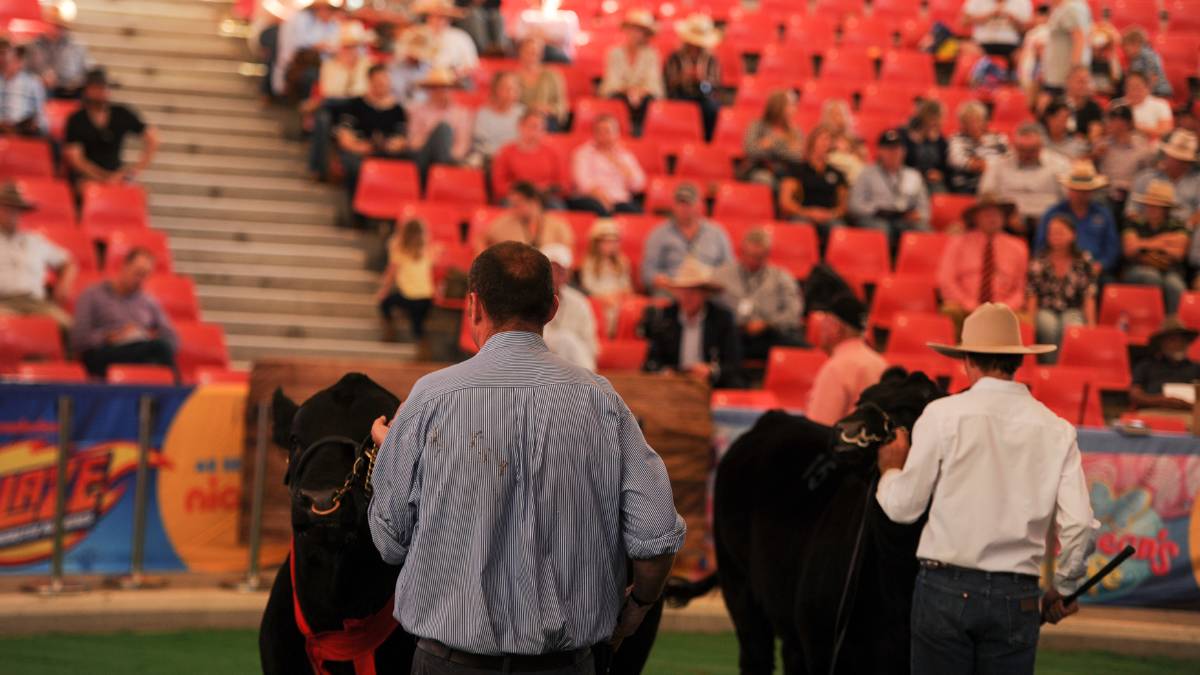 Volume buyer was Tony Starr of Starrs Limousins and Angus who picked up a bull and two heifers from Trowbridge BBB Angus stud, Orange.

Mr Starr said he was chasing bloodlines and the spring of rib, depth of body and natural doing nature that the animals he selected displayed.

"Cattle have to do in the real world, and these animals will," he said.

"It was the first time purchasing out of the RAS sale, with the bull destined to be used over some Premier and Dunoon females I have selected to start out our small elite Angus stud.

"We are running around 25 Angus breeders now, and 150 Limousin females.

"The breeds really compliment each other, and I am starting to breed some Lim-Flex to meet the needs of my clients."

Mr Starr paid the equal second top price of $10,000 in the bull offering for Trowbridge BBB Monumental R20, a son of EXAR Monumental 6056B, that stood second in class.

The high-growth sire in the making ranked top 5pc of the breed of higher for 200-, 400-, 600-day and mature cow weights, as well as carcase weight.

Also selling for $10,000 was Yamba Pro R30, a son of GAR Prophet offered by Yamba Angus and purchased by Crawford Angus, Tumorrama.

A high indexing sire ranked top 6pc of better across all four selection indexes, 200-day weight and milk, and top 10pc of higher for 400-day weight, intramuscular fat and days to calving.

The sale was conducted by Elders Goulburn with Lincoln McKinlay as the auctioneer.