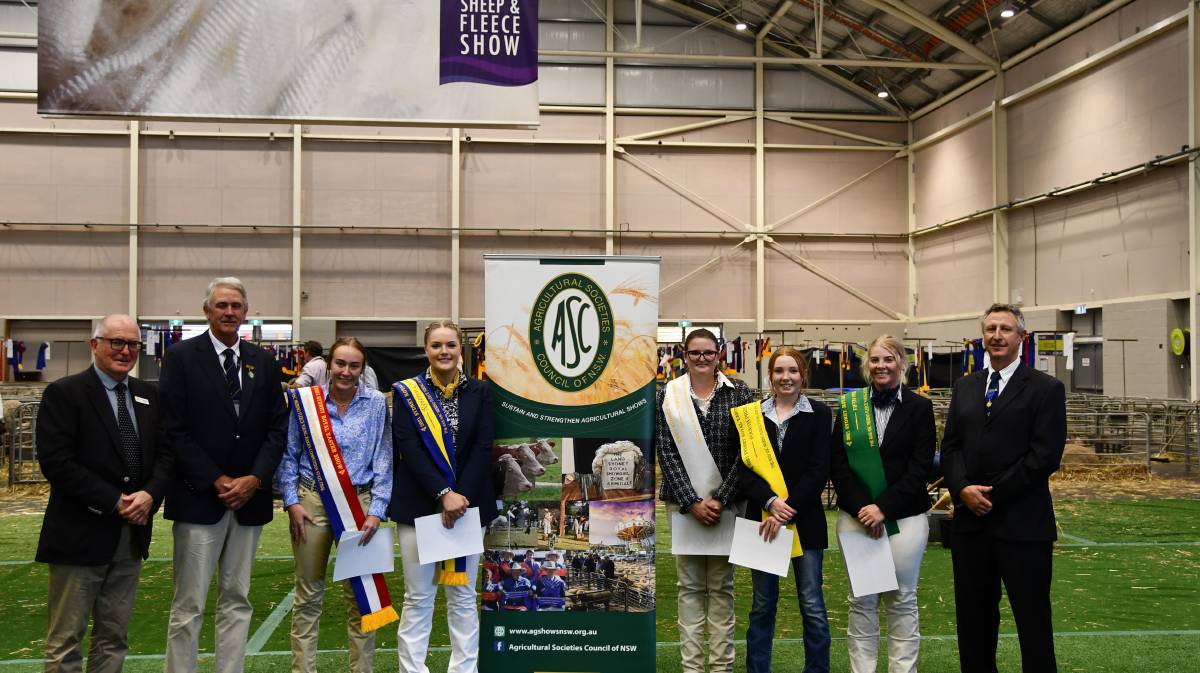 Competing against 19 entrants, Ms Peasley will now represent NSW in the national final to be held in Brisbane at The Ekka in August.

Ms Peasley has grown up on the family farm at Forbes and said her interest in sheep and wool comes from being in the woolshed and sheep yards with her father and brothers.

"I am also involved with the school's show team of Merino sheep since I came to St Pauls," she said.

"But it was the encouragement I got from my family, especially Dad which has really helped me here."

Ms Peasley said she has entered many junior judging competitions to learn more about sheep and wool.

"But I have been in the woolshed at home since I was a baby," she said.

"It is such a wonderful feeling to be handling nice soft Merino wool."

At the end of the secondary education, Ms Peasley intends to study Agricultural Science or Veterinary Science at CSU, Wagga Wagga.

Overall judge Chris McDonnell said the competition was of the highest standard he had witnessed during his many years association with the competition.

"It was a pleasure to be challenged by so many keen young men and women who are keen on a career in agriculture," Mr McDonnell said.

"The top five were really outstanding but all competitors spoke well and the handling of the fleeces was great.

"It was the toughest job I've had."

Mr McDonnell said it was a credit to the RAS and ASC to encourage so many young people into a career in agriculture.