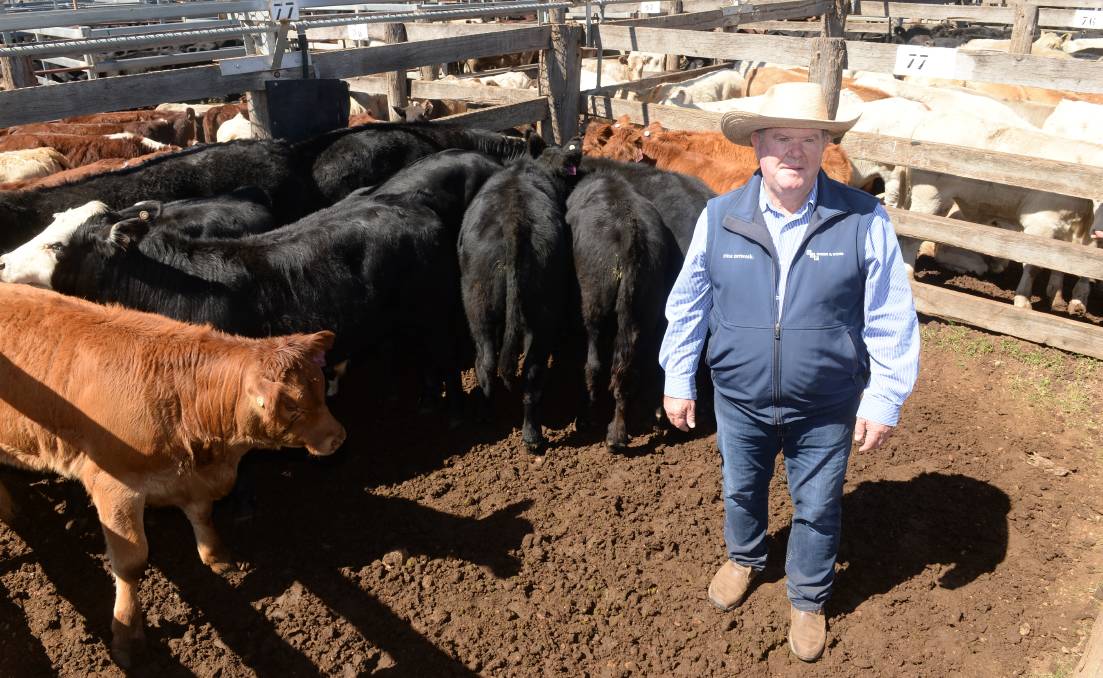 THE lull of the Easter holidays may have provided a chance for reflection on the effervescent prime and store cattle markets, which have been on the rise since before Christmas.

Weaner steers and heifers have never before made the prices demanded at some annual sales in the past few weeks and March rain, while dampening only the enthusiasm of vendors who couldn't move cattle off their properties, only heated demand and values.

You only have to look back at last week's reports in The Land for the feature blue ribbon weaner sales at Carcoar and Tamworth to get some insight into the strength of the market.

People are still talking about the $2000-plus prices for weaners at the Carcoar weaner sale a fortnight ago, and the two-agent-in-conjunction store sale at Dunedoo on Wednesday last week.

The Dunedoo sale gained top results for the region's weaner breeders who offered drafts of upwards of 130 head to fetch high prices of as much as $1870 a head.

These were lines of Angus and Poll Herefords, seven to eight months of age, straight off their mothers.

Commission buyers and outside agents were caught bidding against local restockers for these lines, many of which were being purchased for backgrounders to fill out for lot feeders.

However, pregnancy-tested-in-calf heifers and cows weren't missed either, with restockers jumping at heifers in calf, happy to pay from $2000 to $2600 for the better quality lines.

Buyers could see value in the middle-range priced stock, which, with some extra weight in the foreseeable future, would gain them a respectable profit.

The weaner sale action picks up again tomorrow when another round of calves go under the hammer at Carcoar and Tamworth.

Many of the weaners up for grabs were scheduled for the feature sales a fortnight ago, but instead stayed on farm due to boggy roads.

Only time will tell if the firm to dearer values are maintained for a full week of trading, however it's worth noting most centres are recording much smaller yardings than are normal for this time of year.