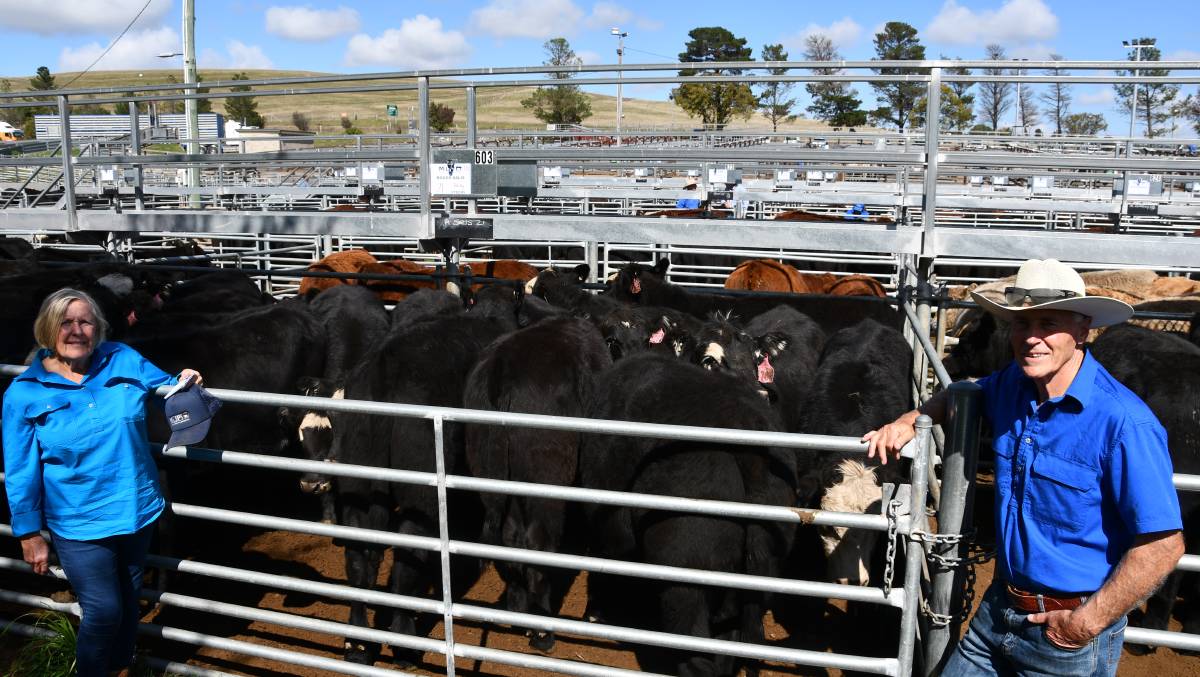 June and Roger Salis, Dalgety, with their pen of black baldy steers weighing 316kg which sold for $1730.

'Solid and firm' was the consensus today when Monaro Livestock and Property offered 1856 at their 11th annual weaner and calf sale in Cooma.

Values for quality cattle appear to have reached a stable level of affordability, when todays sale of 1856 head went under the hammer for the 11th weaner and calf sale conducted by Monaro Livestock and Property, Cooma.

'Solid and firm' was the general consensus as buyers still continued to have confidence in the beef market as numbers across the board continue to be limited.

Very good lines of weaner steers were penned and the extra weight reflects the good seasonal conditions during late spring and into summer.

Roger and June Salis, Dalgety, sold the annual draft of weaners and were very pleased with the sale.

"We had a very dry winter but the season came good at the end and the calves finished well," Mr Salis said.

Their offering of 21 Hazeldean-blood black baldies weighing 316kg sold for $1730.

Local restockers compteed with feedlot interests and buyers from Goulburn, Bungendore, Young, Coonamble and Monaro while orders from Pakenham, Victoria were very storng.