A jack of all trades, year 11 student Megan Baker shows her talents in both the sheep and cattle show rings. A NATURAL talent when it comes to handling and judging stock has allowed year 11 Macarthur Anglican School student Megan Baker to excel and win paraders for both cattle and sheep at this year's Sydney Royal Show.

Most recently Ms Baker, took to the sheep mat for the meat and dual purpose breed sheep handlers competition and won the class 14 years and under 20 years of age.

Leading sheep since she was just five years of age, Ms Baker said this was her biggest win, following on from second at a previous Dubbo NSW Sheep Show amid a large field of strong competition.

She said she focused on staying calm, working with the animal and watching the judge.

Also excelling in the sheep handlers class was year 8 Lithgow High School student Dylan Grant who led a Corriedale ram to the top spot in the handler 10 years and under 14 years class. 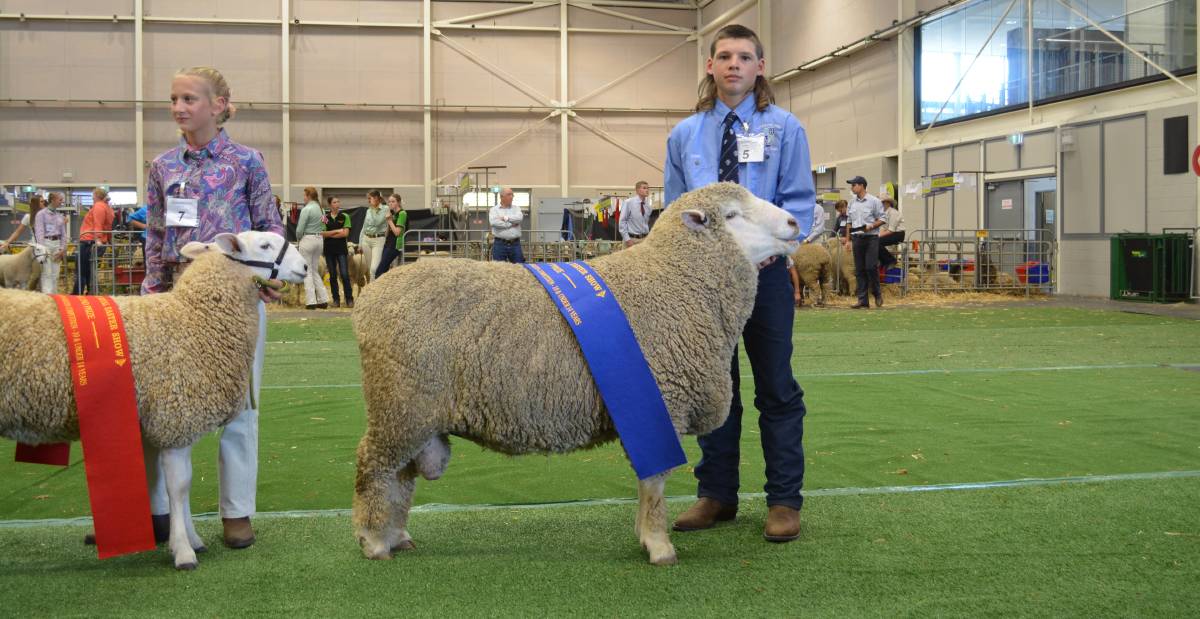 Year 8 Lithgow High School student Dylan Grant led a Corriedale ram to the top spot in the handler 10 years and under 14 years class.

Mr Grant also has a background in sheep, running around 100 commercial Corriedale ewes on his family property.

"I've been doing it for about seven years now," he said.

Officiated by first-time Sydney Royal judge Joanna Balcombe of Cranbrook Poll Dorsets, Canowindra, Ms Baker and Mr Grant were commended for always having their sheep stood square, having the confidence to be given a random sheep to handle, and knowing information about their exhibits.

Ms Baker also competed in the RAS/ASC meat breeds sheep young judges state final and placed third, while talent across species had her winning her class in the school beef cattle paraders competition, before taking it a step further and gaining the reserve champion sash. When The Land asked which species she preferred, Ms Baker said "cattle".

"I grew up on sheep so I have roots within the industry... but I like the atmosphere of showing cattle," she said.