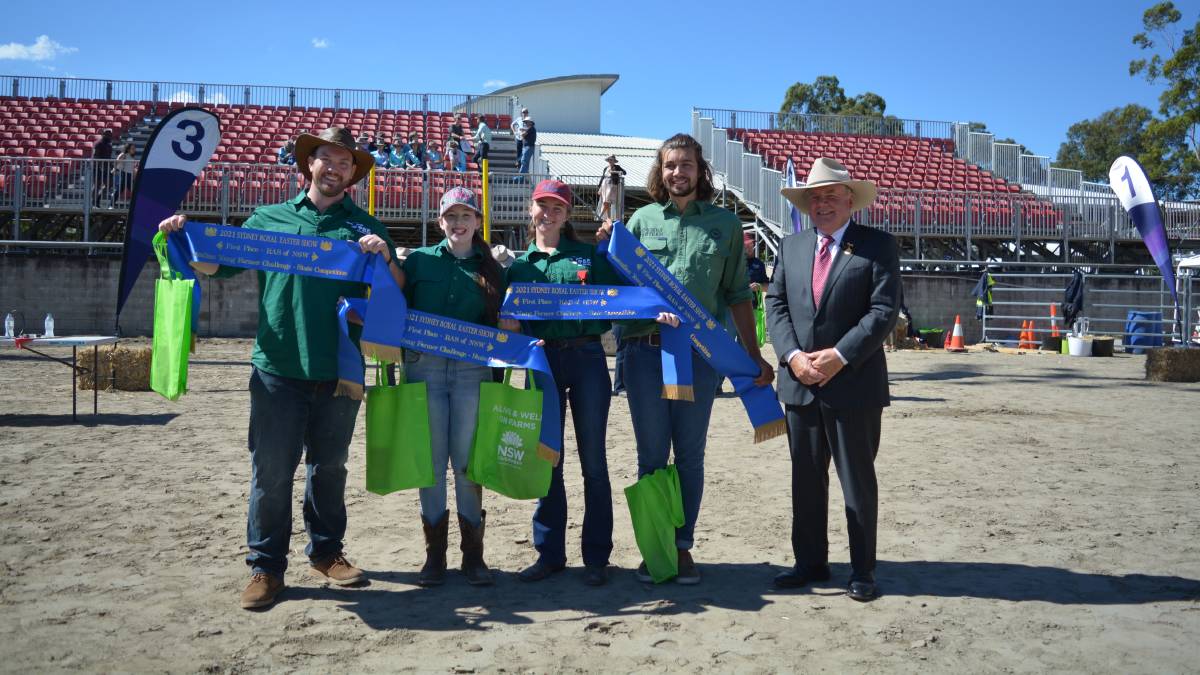 Alpaca leading, egg tossing, eating a cheese toastie and putting out a fire were all part of this year's Young Farmer Challenge state final at Sydney Royal Show.

A team from Albion Park won the event with a time of 12 minutes and 26 seconds, with the Goulburn Show team in second with 13 minutes and 28 seconds and in third, the Aplaca Youth team on 15 minutes and 58 seconds.

The challenge drew a good crowd, which was entertained by the thrills and spills of the three teams competing under pressure, with not only the fastest time being needed to win, but also those with the least penalties for failing to properly complete parts of the course. 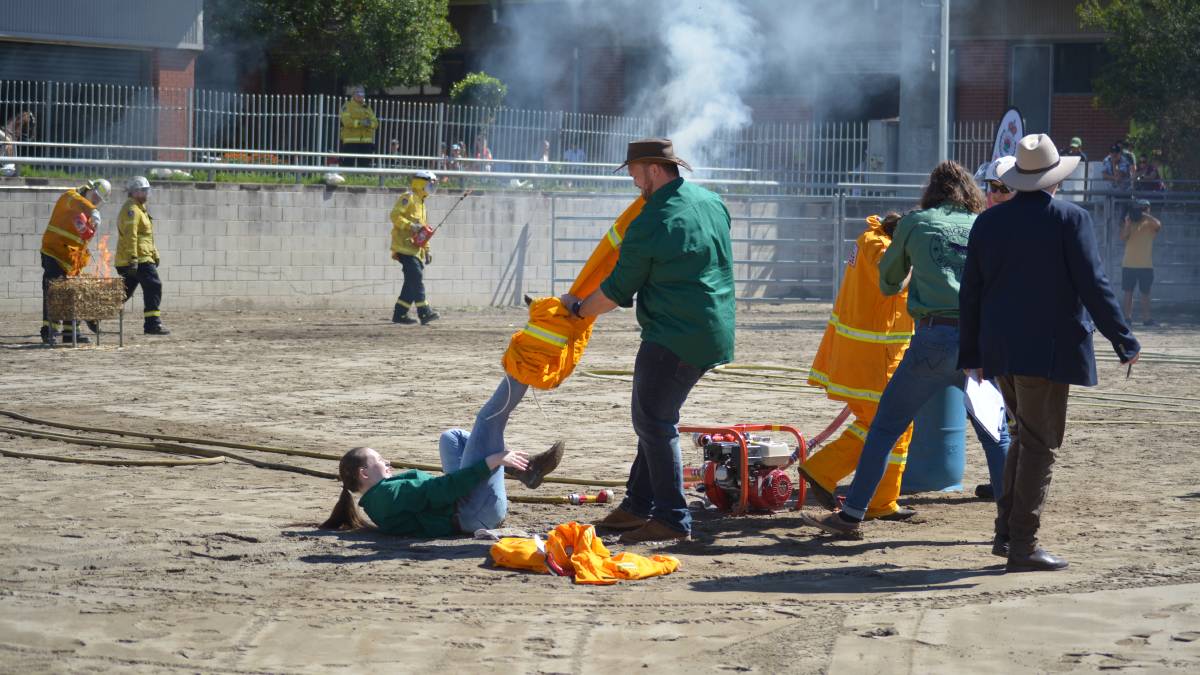 The stages to be completed included:

Zac Ruddock, from the winning Albion Park team, said eating the cheese toastie was the hardest part of the whole challenge.

"I was definitely struggling with that toastie - it was rough man. It was very dry," he said.

I was definitely struggling with that toastie - it was rough man. It was very dry

The winning team said they hadn't done much practice, but had competed in the Milton and Albion Park shows in the lead up.

"We just winged it - it was team work, " said Kara, as she explained their minimal preparation.

The team had originally heard about the competiton via their friend, Ryan McParland, one of this year's Rural Achievers who is from a dairy farm at Jamberoo and is also the president of The Ag Group (TAG).

One move that did save the team some time was how they got out of their PPE overalls.

Madeline said they had watched some videos of former competions and they noticed people were getting their overalls caught on their boots which was slowing them down.

Durign the race, she puled them halfway down, laid down on her back and got one of her team mates to pull them off from there.

"We watched some old clips and noticed people getting the cuffs caught on their boots, so we came up with that last night," she said.

From here, the winning Albion Park team will go on to represent NSW at the national final at either Sydney or Adelaide.