Talented dairy youth took to the cattle arena to compete in the Semex dairy youth challenge on Saturday. 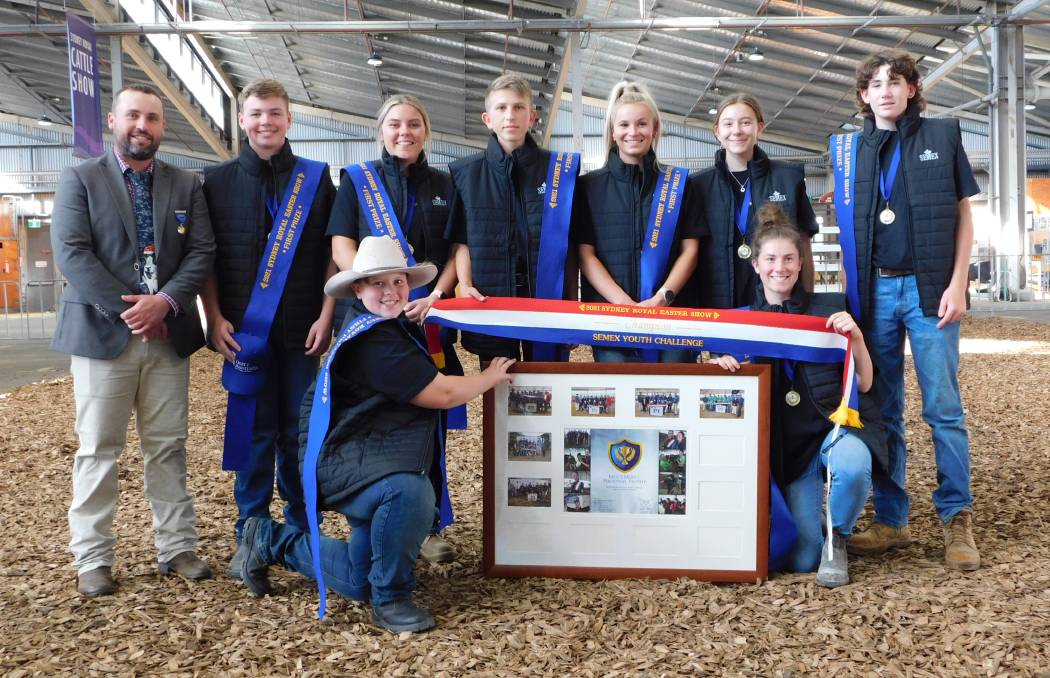 Talented and passionate dairy youth took to the cattle arena to compete in the Semex dairy youth challenge at the 2021 Sydney Royal Show on Saturday.

Zoe Hayes, 23, from Llandovery Illawarras, Girgarre, Victoria, brought a breadth of experience to the team.

"I was happy to support the younger team members and help them with the competition, because I have done it so many times," she said.

Miss Hayes has taken part in the competition at Sydney Royal and International Dairy Week at Shepperton, being part of a winning team at the latter.

"It is different here, they get all the kids' names and divide them, so you don't know what team you are in, which is a good thing because it evens out the competition and makes it fair for everyone," she said.

"The clipping part was a new section that they did, doing the toplines in 15 minutes, the time constraint did challenge me that's for sure."

Over judge Pat Buckley of Camden described the competition as "really fierce".

"In each section, there was one or two teams who really stood out, hence, why it was so close between first and second at the end," he said.

"There were three teams who stood out in the clipping.

"And the judging was a really tough class of cows, so it was a credit to all of them as to how they placed them.

"A couple of the competitors spoke particularly well also."

"In terms of the social side of things, it's a great opportunity for them to meet new kids and make new friends," he said.

"I went through the competition as well when I was younger and that's really how I made a lot of friends that I still have today.

"It's a stepping stone too, everyone excels in their own area of expertise, some people like clipping more than they do parading and judging, so it gives those kids the encouragement to focus on the direction they want to make and find their strength."