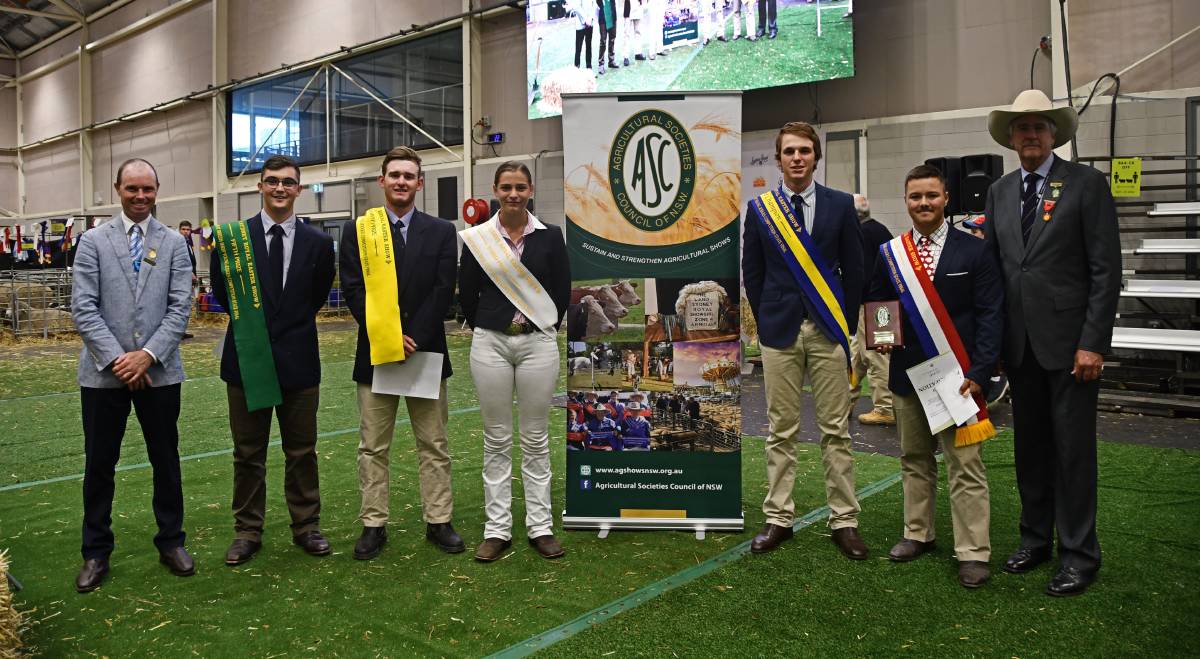 HARD work and a near decade-long quest to win have helped guide Bathurst teen Reece Webster to a memorable victory.

Up against 15 of the state's brightest young judges, the long-time show competitor was able to out last other finalists Lindsay Brown (fifth), William Cox (fourth), Megan Baker (third) and reserve champion Monte Barnes to take home the title and earn the right to represent NSW at the national titles at the Royal Queensland Show in August.

After showing sheep in Sydney for nearly a decade and judging at shows across the state, Mr Webster said he was thrilled to have "finally one the big one".

"To come here and finally do it after a lot of years is really satisfying," Mr Webster told The Land.

"I've been doing it for quite a while, I got reserve champion in 2019 and almost didn't enter this year but I am glad I did.

"It means a lot to win this because I have been trying for a long time and although I have been South Australian state champion twice, I haven't been able to compete at the nationals because I am from NSW.

"I feel like I've held my own in South Australia and now know I can compete here, so if I'm clear on what I want to say I should hopefully go pretty well."

The teenager, who is studying at the University of New England, Armidale, said he was determined to "focus on the basics".

"I just wanted to make sure I spoke about the entire sheep.

"I'll always think about what I want to say, but sometimes when I get out there I stutter and talk about some parts but overlook others altogether.

"That's what I tried to focus on, as well as taking my time and watching them parade because that is of the utmost importance.

"Honestly, I wouldn't be here if it weren't for my grandparents and my whole support network.

"It's pretty special to have them here to see me win it, that's for sure."

"There were a couple that really stood out, but he was exceptional," she said.

"Reece may not have placed them correctly but even in the race he was watching them and he was very attentive.

"I think he will go a long way that boy."

"He did everything you need to do as a judge including identifying what sheep he thought the industry needed, describing why he placed them but the big thing was he compared the sheep.

"Judging is not just about describing each individual sheep, it's about comparing the sheep and that was something Reece did very well.

"I think he has the skills needed to go into a ring to judge sheep and do a very good job."

The national championships will be held at the Queensland Royal Show from August 6 to 15.