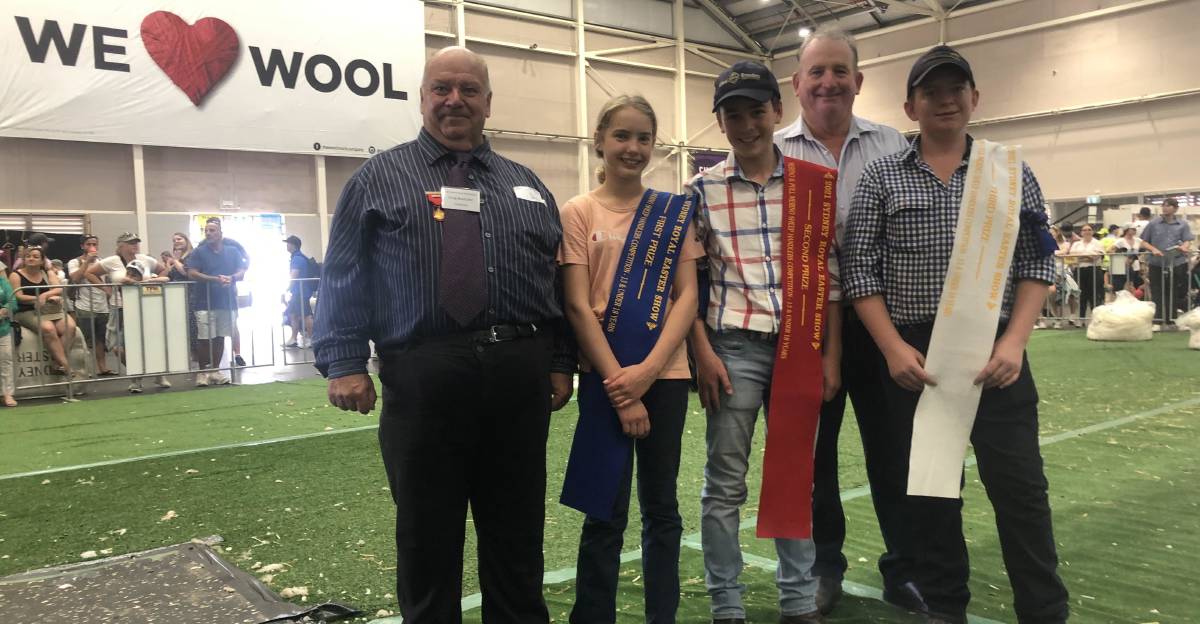 The Hugh Lydiard Memorial Trophy is awarded in honour of the late Hugh Lydiard, manager of the Egelabra stud at Warren for many years and a renowned mentor of jackaroos.

Mr Rubie has grown up on the family farm Lachlan Merinos at Warroo, near Forbes and the year 11 student at Redbend Catholic College, Forbes credits his passion to his father Glen but mostly to his older brother Mitch.

"He has mentored me with lots of advice and encouragement," Mr Rubie said.

Mr Rubie will go on to compete in the national finals at The Ekka in Brisbane in August.

Competing against 19 entrants, Ms Peasley, from Forbes, will now represent NSW in the national final to be held in Brisbane at The Ekka in August.

She has entered many junior judging competitions to learn more about sheep and wool.

"But I have been in the woolshed at home since I was a baby, and I love handling the soft fleeces," she said.

Over-judge Tim Bower, Stanley Vale, Uralla, noted the closeness of the competition when only one point separated each of the top three placegetters.

"They all interviewed very well, were neatly presented and attentive to holding the sheep," Mr Bower said.