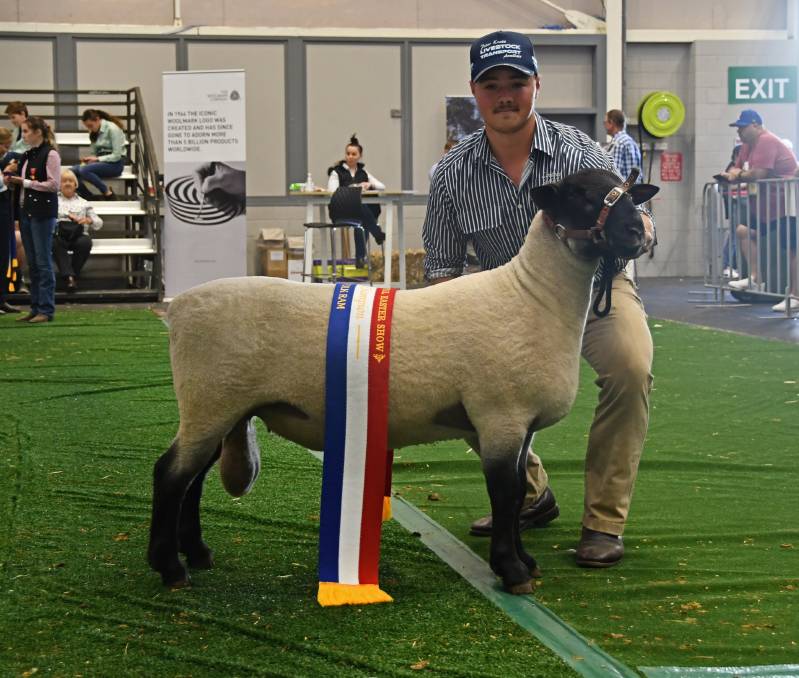 IT may have taken several attempts, but Lindean Suffolk stud broke through for a clean sweep in the Sydney Royal Suffolk competition.

The two-year-old ewe and one-year-old ram were the standout exhibits, while the stud also took out the group categories.

"It has been a long time coming," Lindean stud principal Reece Webster said.

"We've been the reserve champion a few times but it feels really nice to have gotten the champion ribbon this time.

"I think consistency has been the key in taking that next step and we've kept at it, so it's nice to get the reward."

"When he stands, he is nice and square and he carries that muscle coverage right through his hindquarters," Ms Balcombe said.

"As for the ewe I ended up going with, I could not fault her on her structure, she is beautiful and square, she's got that good meat coverage, she handles beautifully and the volume for capacity is all there, honestly you can't fault her."

Mr Webster said he was pleased his hard work preparing the sheep had paid off.

"The ewe that won is an older ewe, so it shows she is going to breed on and that is the type of sheep you want," he said.

"I think that is what you want to look for, the type of sheep that is going to stand up and breed through your flock, rather than win one year but not the next year.

"The ram is a similar story and I think it shows that if you back up year after year and you finally get there you're doing something right.

"I'd had three reserve champions, two ewes, one ram, but this is my first grand champion at Sydney, so it's a really awesome feeling."