LABELLED as one of the favourites for the Newhaven Park Country Championship Final, Art Cadeau showed his class when leading for most of the trip to win the 1400 metres spectacle at Randwick last Saturday.

Introduced by RNSW in 2015, the $500,000 event draws successful country divisional participants to take its chance on the "big city stage", this year's Final winner giving his Shoalhaven Heads based trainer, Terry Robinson, one of his biggest wins.

Randwick may have been hosting the first day of its prestigious mega-millions The Championships with four Group 1 races conducted, but the Country Championship Final brings a huge throng of rural connections trackside adding to the cheery theatre and atmosphere.

"It's just great for country racing," said Monique Robinson after Art Cadeau's win. "This race is what every country trainer is striving for, and to be here at Randwick."

Never to miss a place in his 11 starts and which contains five wins including two Highway Handicaps, Art Cadeau was ridden by friend Tommy Berry, making his second Country Final win after partnering Clearly Innocent in 2016.

By Victorian based stud success Artie Schiller (by Sadler's Wells son El Prado), Art Cadeau was bred and is raced by Mick and Joy Lill of Berry, who could only view the win from a television screen not being able to be trackside. The Lills also raced Jewelled Gate, a Hurricane Sky mare which won five races including the AJC The Nivison-LR. One of five to race for four winners for Jewelled Gate, Art Cadeau is his dam's best and is likely to be given a chance at future stakes class.

The four-year-old gelding defeated the Garry Colvin trained (at Wagga Wagga) Another One (by Super One), with Taree conditioned Charmmebaby (Charm Spirit) prepared by Bob and Glen Milligan, third. The 30 to 1 pop Wild Rocket (Uncle Mo) ran an excellent fourth, the four-year-old trained by Narromine conditioner Kylie Kennedy, and strapped by partner and a leading amateur hoop Ricky Blewitt.

A year after the southern hemisphere's premier Australian Easter Yearling Sale was forced into a world-breaking "virtual auction" online platform at the height of Covid-19, Inglis posted amazing results in its two-day auction last week.

Inglis Managing Director Mark Webster said "an extraordinary sale and so unbelievably satisfying for our vendors and our buyers." 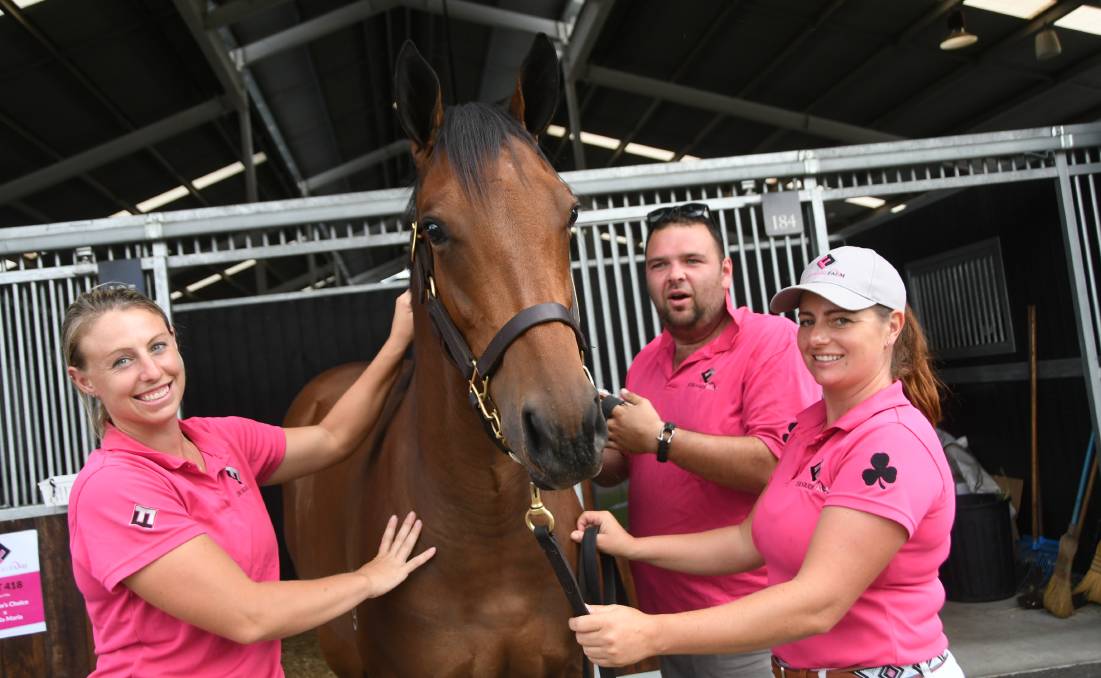 Enthusiasts flocked to Inglis' Riverside stables to absorb the electric atmosphere and to witness an amazing equine theatre which resulted in $132.16 million of trade for a $371,236 average for the 356 lots sold by the sale's close.

An 88 per cent clearance was posted, with a massive 22 lots fetching $1m for more. This was headed by a flashy chestnut colt by Snitzel, from Rising Romance the second foal of the ATC Australian Oaks-G1 winner, which was bought by Hawkes Racing for $2.5m.

Arrowfield's deceased champion Australian sire Redoute's Choice was represented with his final yearling progeny sold when a filly from Mella Maria fetched $760,000. Yarraman Park's ace stallion I Am Invincible headed the leading sires list by gross $25.235m for an average of $615,488 via the 41 lots sold. The highest priced filly was by I Am Invincible, when his daughter from stakes winning Stravinsky mare Hips Don't Lie sold via Coolmore Stud for $1.95m, selling to Victorian based Shamus Mills Bloodstock.