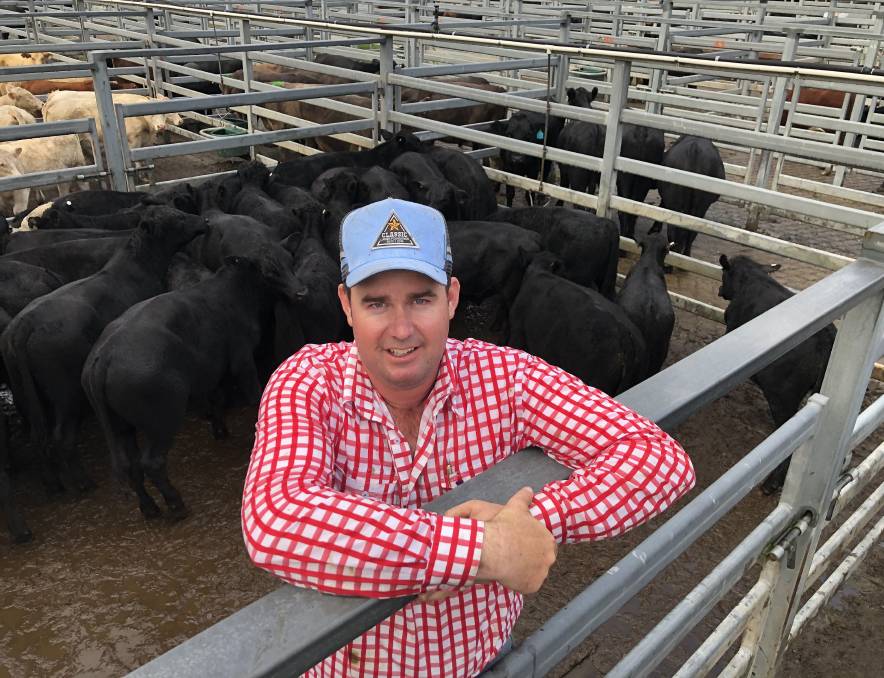 The volatility of the Eastern Young Cattle Indicator in the past month has made it hard to provide a steady price guide for buyers.

RESTOCKERS remain front and centre on the saleyard buyers' rail, boosting competition and forcing prices higher than many selling centres have ever recorded.

And the volatility of the Eastern Young Cattle Indicator (EYCI) in the past month has made it hard to provide a steady price guide for buyers.

The variability of the saleyards data contributing to the EYCI calculation from day to day makes comparisons difficult.

Young cattle at Wagga Wagga averaged 947 cents a kilogram (carcase weight) on Monday, while the average for similar young cattle was 828c/kg at Forbes and at Tamworth it was 843c/kg.

The market variability has prompted Meat and Livestock Australia, which calculates the EYCI, to put a notice on its website saying "the EYCI may continue to experience heightened fluctuations in the short-term, as rainfall and the Easter holidays trigger lower yardings".

Saleyards not contributing to the EYCI calculation have also reported record-breaking sales.

The floods on the Mid North Coast did little to dampen the prices at sales in the past week.

The smaller yarding of just 278 head last week at Braidwood had restockers extra keen when bidding.

Mr Darmody singled out a few key pens, such as 14 Angus steers weighing 176kg sold by Raymond Backhouse, Braidwood, that made $1480 a head, while Angus heifers weighing 186kg sold for $1270.

Rabobank claims the beef industry has a once-in-a-generation opportunity to shape its future as the historically-low breeding cattle numbers slowly recover in the year ahead.

Rabobank senior animal proteins analyst Angus Gidley-Baird said decisions taken this year are not just about whether to restock at high prices, but also about which genetics, productions system attributes, feeding regimes, supply chains and end customers are needed to build a sustainable basis for the business in the future.

Not surprisingly, he said the outlook for the year ahead would be characterised by very limited cattle supplies and strong support for cattle prices.

There's certainly plenty weighing on buyers as they gather around the saleyard pens and place their bids.