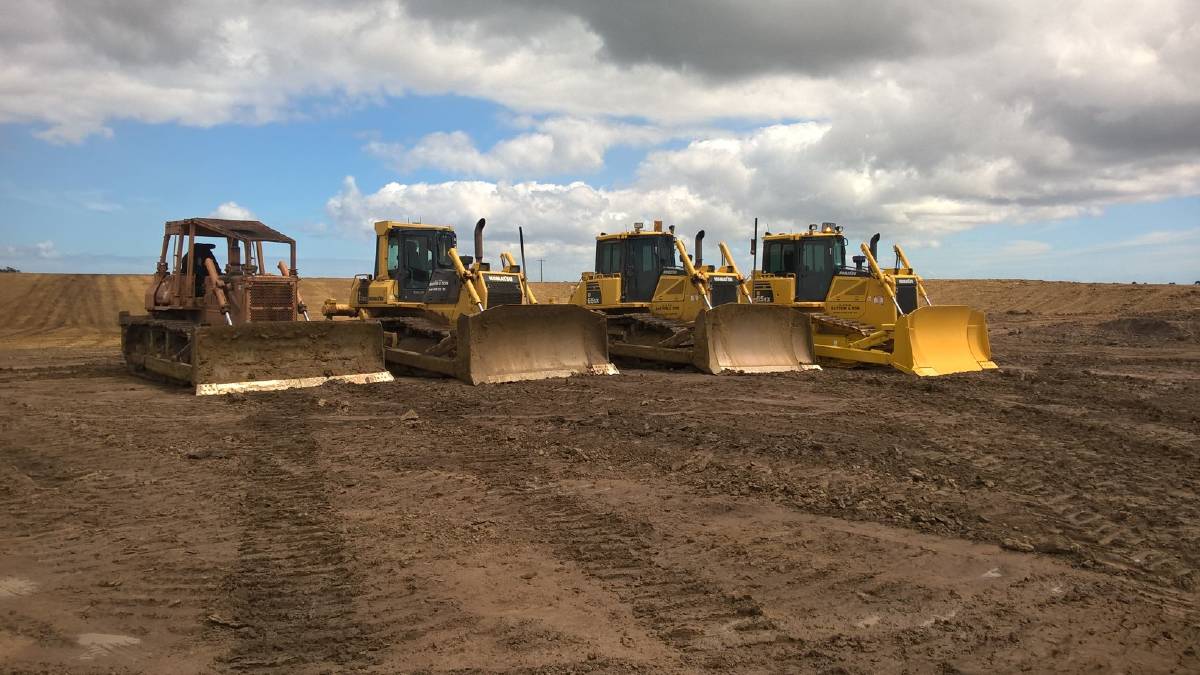 Derek Bastow, a second-generation excavation and earth-moving contractor from Pakenham in Victoria, had just taken the controls of his new Komatsu D65-16 dozer for the first time when it suffered a major breakdown.

Mr Barstow was on a big farming job which couldn't afford a hiccup, and worse, both his sons Tim and Colin had already driven the new machine.

But Mr Bastow senior was in the seat when it stopped, a source of family mirth and personal embarrassment.

The timing couldn't have been worse. Mr Fowkes was in hospital recovering from surgery but Mr Bastow didn't know that.

By the following morning a loan machine had been delivered to Mr Bastow's job and some time later a new bulldozer had replaced the one that had malfunctioned.

"I'd anticipated they might try to repair the engine or even replace it and I was bracing for a battle over warranty provisions."

"It doesn't matter what company you are, at some time you're going to run into a problem - and it's how you handle it that makes the difference," Mr Fowkes said.

O'Connor's adds to new dealerships to its network

"I'd been with Komatsu for 15 years and never experienced a difficulty like this before. I just knew if we didn't act promptly, he was going to be in trouble."

The Bastow response could very easily become a case-study in customer service.

"We've recently taken delivery of our first Komatsu PC350LC-8 excavator and it's fair to say we bought it as a result of the bulldozer experience," Mr Bastow said.

The business's oldest surviving piece of machinery, a Komatsu D65-8 bulldozer, was bought by Mr Bastow's father Austin in 1985.

Along with the company's three other Komatsu bulldozers, it is currently completing the construction of what is claimed to be the area's biggest dam, a 25-acre 380 megalitre excavation for Schreuers and Sons, one of the country's largest celery growers.