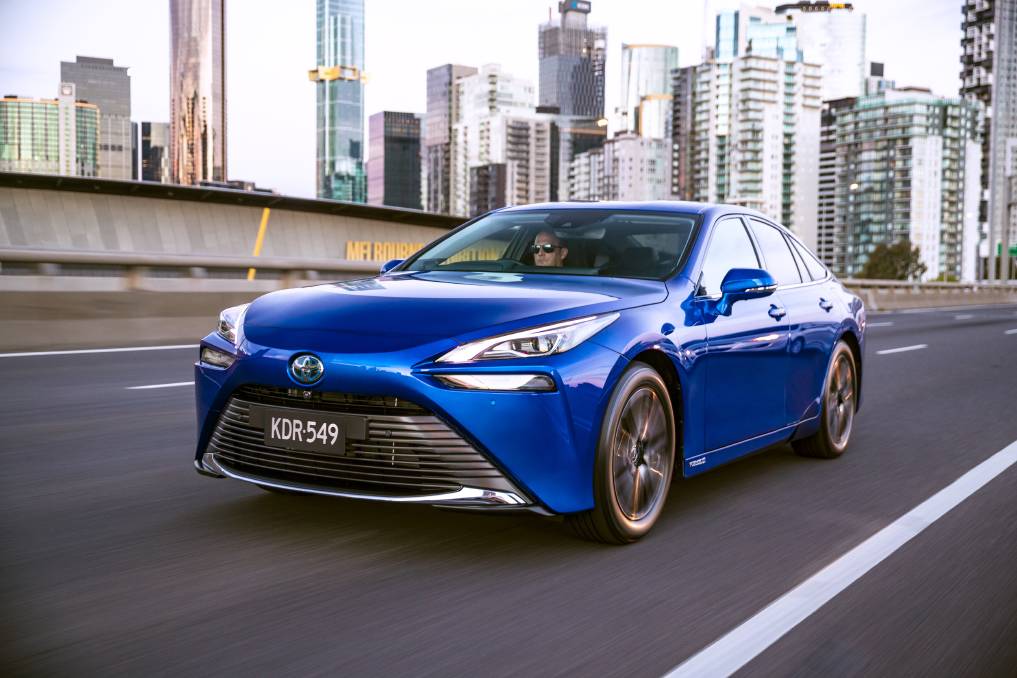 EMISSIONS FREE: Toyotais setting up a bigger trial of its hydrogen-powered Mirai sedans in Australia.

Toyota has imported 20 new-generation Mirai hydrogen-powered sedans to Australia for a major trial.

Toyota has launched the second-generation hydrogen-powered Mirai sedan in an extended demonstration program that will see 20 of the cars leased by pioneering organisations and businesses.

"When we launched the Prius hybrid 20 years ago we started a drive towards helping reduce emissions from our vehicles through a process of electrification," Mr Hanley said.

"Today we offer hybrid powertrains in seven vehicle lines and we have sold more than 200,000 Toyota hybrids over the past two decades.

"With the introduction of the zero-emission Mirai FCEV and its use by pioneering organisations, Toyota is continuing that journey as we aim to achieve zero emissions from our vehicles by 2050."

The new Mirai is being offered on a 36 month/60,000km lease contract costing $1750 per month for three years which includes fuel.

The launch of the new Mirai follows a small-scale trial program initiated in 2018 with 10 examples of the first generation Mirai.

Those trials were conducted in collaboration with local Melbourne councils and utility companies with the cars refuelled from a mobile hydrogen refueller.

With the new generation Mirai launched in Japan late last year and the development of Victoria's first permanent hydrogen production and refuelling facility at the Centre of Excellence in Altona, Toyota Australia has launched a larger demonstration program importing 20 examples of the new car.

At the heart of the car is an advanced fuel cell powertrain that comprises a 128 kilowatt fuel cell stack, three compressed hydrogen tanks, a lithium-ion battery and integrated electric motor and rear transaxle.

Mounted under the bonnet, the 128kW fuel cell stack draws in air that is purified and fed into the fuel stack where the oxygen combines with hydrogen in a chemical reaction to produce electrical energy, with water vapour as the only emission.

The hydrogen is stored in three carbon fibre reinforced plastic (CFRP) tanks that have a combined capacity of 5.6kg giving the Mirai a range of about 650km.

Electrical energy generated by the fuel cell stack is fed to either the battery that is mounted behind the rear seat or directly to the electric rear-drive motor, depending on requirements.

Toyota Australia has predicted it will be able to offer the Mirai to mainstream consumers in as little as two years despite limited refuelling infrastructure.

The story Toyota says hydrogen is the future with bigger trial of Mirai sedans first appeared on Farm Online.