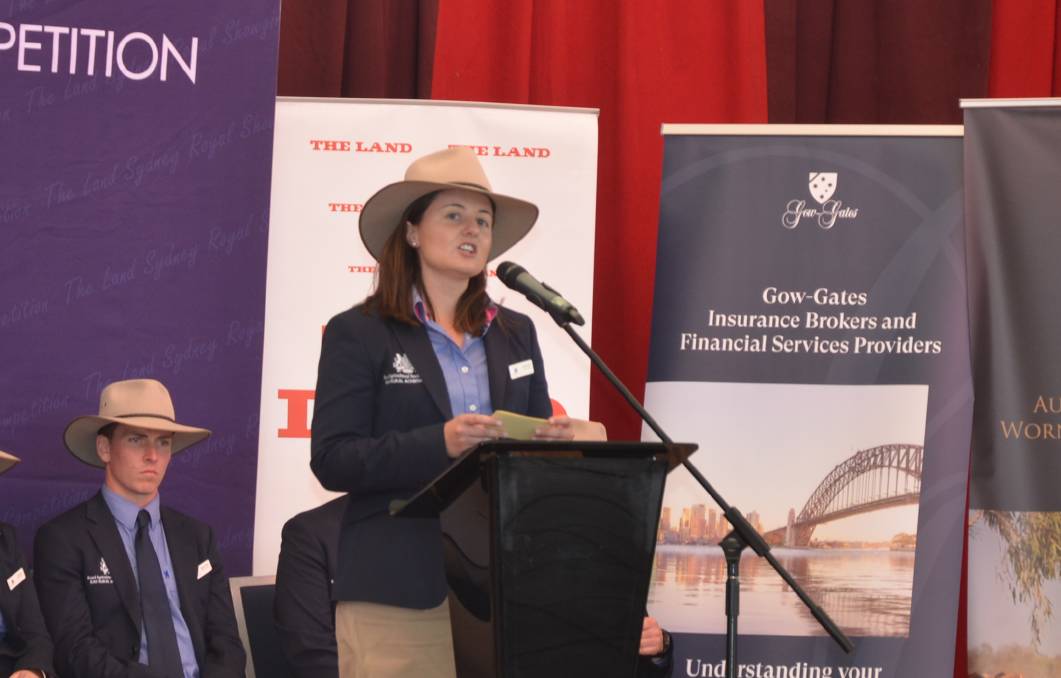 Are the best of rural Australia's days ahead of it?

This was the topic debated by the seven RAS Rural Achiever finalists during the Sydney Royal Show in front of a packed crowd on Sunday.

The first and fourth speaker for the affirmative team was vet Dione Howard from Millbrulong, near Wagga Wagga, who was later announced as the winner of the RAS Rural Achiever award.

Ms Howard introduced the affirmative's key refrain - 'the future looks great and the best is yet to come.'

"How are we not best placed to lead rural Australia from strength to strength into the future?"

First speaker for the negative side, Josie Clarke, a pHD student from Bellimbopinni, argued some of the past pioneering moments, like the first Sydney Royal show and the invention of the header, must surely be some of the best days in rural Australia.

"The future isn't all rainbows and unicorns, the future provides uncertainties and challenges," Ms Clarke warned.

Second speaker for the affirmative, Sally Gavin, a passionate Australian Stock Horse breeder, competitor, instructor and judge, from Cumnock argued the advancements of technology within agriculture would increase production - leading to exponential flow on benefits for rural economies, society and the environment.

Second speaker for the negative, Allister Clarke, Finley, who is undertaking a pHD in rice, countered this by arguing with technology improving, farms were becoming larger and rural populations were dwindling.

"But my family and myself are not replacing that family, I'm not bringing another four people into that community, into the schools, the shops, the services."

He ended his argument with the question - "If you can grow a clean, bumper wheat crop, free of weeds, high yield and high protein, but you can't go and brag about it in the local pub, did it even really happen?"

Ryan McParland, Jamberoo, who has a Bachelor of Engineering, argued that rural Australia was becoming increasingly diverse, a point to the affirmative.

He pointed to the vets, doctors, teachers and engineers that made up the young people in the crowd, and that 40 per cent of the RAS councillors were female.

"Who would have thought 150 or even 10 years ago that a duck would have won bird of the show at Sydney, but look it's happened, we cannot change the past but we have to change our future," Mr McParland said.

But, Kory Graham, a farm manager from Sutton Forest, argued there was a growing disconnect between rural communities and metropolitan areas.

"There are not many ag plots that still exist in the Sydney metro schools," he said.

"Every weekend when I was at school I was attending shows all over NSW, that same school has now been limited to attending six shows throughout the year."

Ms Howard came to the podium again to wrap up the debate for the affirmative, while Mitchell Dwyer, an agronomist from Cowra concluded for the negative, reminding the audience that a guarantee of anything, including a better future is something that is very hard to do.

In the end the debate was called a draw by judges John Fairfax and Glen and Jenny Dudley.