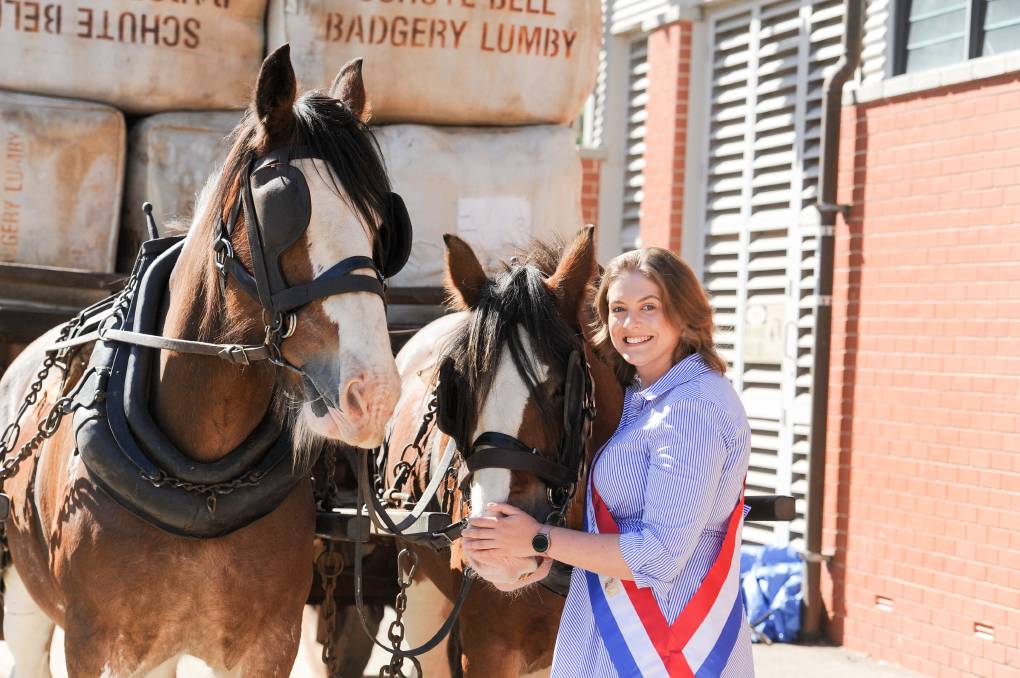 New Sydney Showgirl Jessica Neale, is in a unique position to bridge the gap between the city and country.

Diving in head first could be the term used to describe Jessica Neale's first experience at the Cootamundra Show in 2018.

The newly announced The Land Sydney Royal Showgirl 2020 was visiting her partner's family for the first time and it happened to coincide with the show weekend.

With her partner, Sam Bush, and his parents, Geoff and Heather, heavily involved in the show, Jess said it took all of a few minutes before she was running the pet show.

Ever since then the 25-year-old, who grew up in Western Sydney, has thrown herself into the Cootamundra community and Show Society, choosing rural and regional Australia for her future.

"People often say they wish they could forget their favourite book so they could read it again for the first time, that's what it's like for me coming into the show as an adult," Jess said.

"I'm competing at a heifer event alongside kids who have been doing it their whole lives and to me it's extraordinary.

"The show has given me a chance to get to know people who I wouldn't otherwise and really made Cootamundra feel like home." 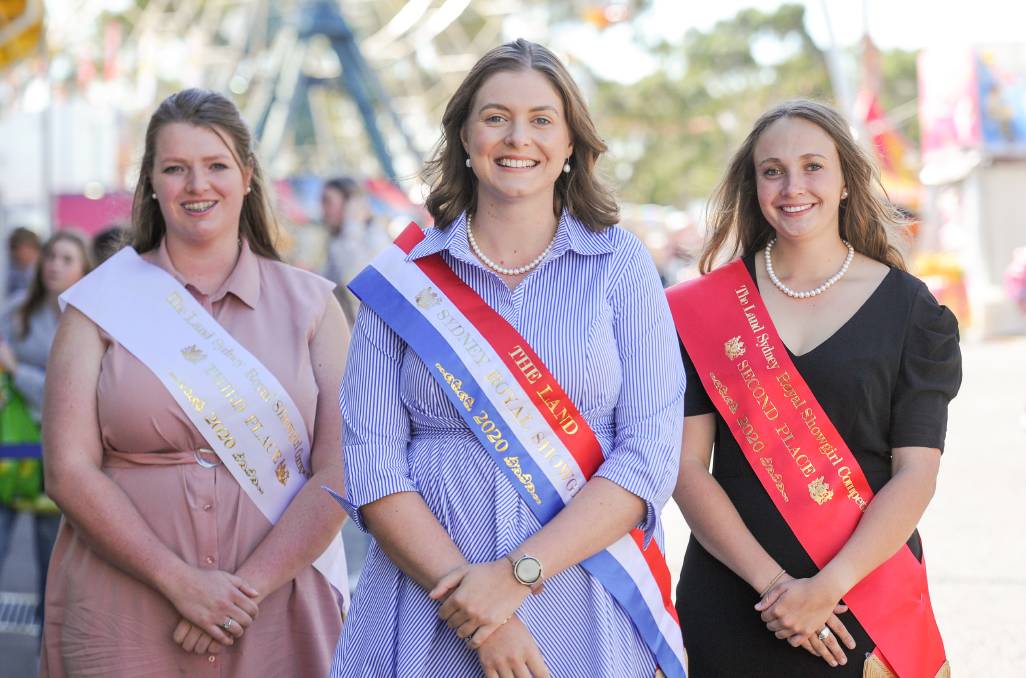 Jess is a policy advisor for NSW Education Minister Sarah Mitchell and is also working towards becoming a teacher, studying part-time at The University of Sydney.

She was chosen as The Land Sydney Royal Showgirl from more than 250 entries from about 100 shows around NSW, competing with 15 state finalists for the title.

Jess was the Cootamundra Showgirl in 2019 and picked as a Zone finalist in early 2020, but with shows cancelled due to COVID-19 last year, the state competition was put on hold until the 2021 Sydney Royal.

In her role as a policy advisor Jess is used to being around the media and public, but said stepping into the spotlight will be a very new experience.

"Usually as a staffer you're in the background, trying to stay as much out of photos as you possibly can, or being the one taking the photo," Jess said.

"Now it's about really thinking about what I want to say and finding my voice...it's a different perspective and will be pretty strange to get used to."

An obvious area for interest for Jess is education in rural and regional areas.

To attract and keep more teachers to regional areas Jess thinks it is important to try and involve new people in the community as much as possible, while also making sure there are opportunities for people already living in regional areas to become teachers.

"That's why I love the show movement because people get involved in their town, they're not going to stay if they don't have those sort of connections," she said.

Jess is also a natural advocate for bridging the gap between the city and country, having experienced both worlds.

"It gives me a perspective about what the perceptions are in the city, but I'm also passionate about making a difference in rural communities and I feel a real responsibility to do the role justice and make everyone who's stood behind me proud," she said.

Along with the support from her parents, Jess said she had really valued the encouragement from her partner Sam's parents, Geoff and Heather.

"They have been the main reason I got involved in the show movement in the first place, I don't think I would be where I am without them," Jess said.

"They were the ones that first saw this in me, who thought I had what it takes."

"Palpable sense of energy in the air"

It will be a huge year for country shows with many returning after cancellations in 2020, while the 200 year anniversary of the Royal Agricultural Show Society is fast approaching.

"I think they'll be a real palpable sense of energy in the air," Jess said.

"Already shows that have gone ahead have seen double their gate entries to a normal year."

Steph's family has a Speckle Park stud and she was involved with the Bathurst show from a young age, primarily showing their stud cattle.

Steph, 22, is now a fifth-year vet student at Charles Sturt University, Wagga Wagga and has travelled to Africa and the US as part of her degree.

This year she is undertaking her honours subject - looking at improving sheep semen viability - and said she hopes to one day specialise in reproductive animal health.

Kate, 25, also attended CSU at Wagga, having grown up in Orange.

Kate threw herself into the Wagga Show Society shortly after moving there for university and has been heavily involved in encouraging young people to take part, from helping run junior judging to starting a section called 'Kids Zone' to educate children about agriculture.

Kate recently graduated with an Agricultural Science degree and did her honours project at Texas Tech University in 2019, looking into the flavour profile of lamb raised on grass versus grain.

She is now working for meat industry research advisory organisation, Mintrac, and is interested in investigating alternative protein sources for the future - looking at how to use under-utilised meat cuts such as offal.