Over 40,000 scones were served, 6912 litres of milk milked and the Big Bush BBQ raised in excess of $30,000 for local show societies at Sydney Royal Show for 2021, but the highlights don't stop there.

Welcoming 800,000 people to the 12 day event, the show broke five attendance records since its relocation to Sydney Olympic Park. It successfully delivered a COVIDSafe event with the daily capacity limits dispersing crowds and ultimately creating history through higher mid-week attendance.

More than 29,000 Sydney Royal awards and prizes, and 3500 first place ribbons were presented throughout the event.

The show continued its tradition of providing opportunities and educational experiences for all ages with Little Hands on the Land, a pint-sized working farm, welcoming more than 40,000 children through its gates.

The Rural Students' Cafe, providing students from around NSW with the opportunity to develop hospitality skills and fundraise, sold over 2800 coffees and teas, 3000 ice teas and 1800 tasting plates.

The RAS Foundation, through sales of the famous Ag Bag, raffle of donated hay and sale of the RAS ribbon rugs, raised $120,000 which will be directed back to regional communities.

The RAS ribbon rugs included 12km of ribbons made but not used for the 2020 Show which were sewn into unique rugs and sold at the show. Proceeds went to assist with the purchase of medical supplies and equipment for regional hospitals 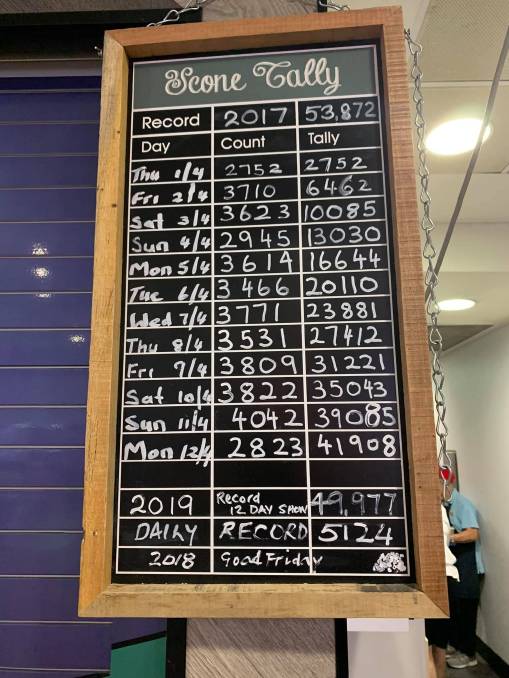 The Country Women's Association (CWA) of NSW served 41,908 scones in the CWA Tea Rooms at the show this year. Photo: supplied

Th Country Women's Association (CWA) of NSW served over 40,000 scones during the 2021 Sydney Royal Show, and while they may not have broken any scone-selling records, chairman of the CWA show catering committee, Cowra's Rowena Casey has hailed this year's Tea Room a success.

The biggest scone-selling day was Sunday, April 11 with 4042 served in the CWA Tea Rooms. In 2018 the daily record was set on Good Friday when 5124 were purchased by eager customers.

With patrons commenting they were "thrilled to be back", Mrs Casey said there was a real "buzz" at this year's Sydney Royal Show after last year's event was cancelled due to the COVID-19 pandemic. 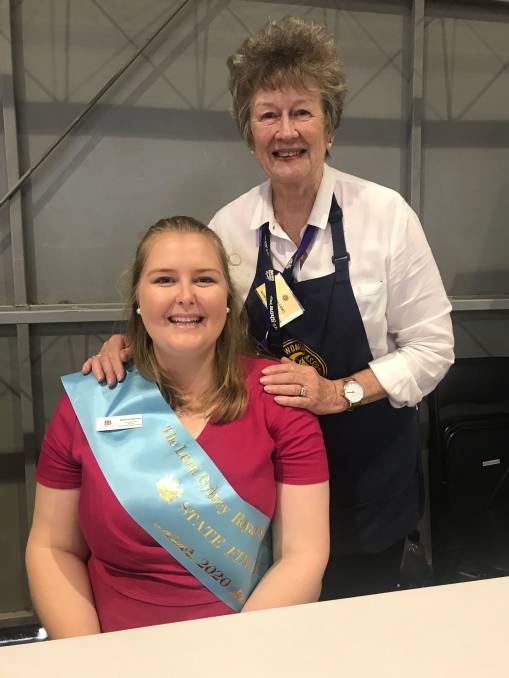 "The crowds were fantastic, we had the biggest queue I've ever seen on Seniors' Day," she said.

"It was almost embarrassing because it cut off entry to some other people.

"Even the last day, sometimes we almost pack up in the afternoon, we kept going until 6pm because the crowd was there and we just kept making scones."

Mrs Casey said while more hands on deck would have been beneficial, a number of familiar faces made the trip to Sydney from her local branch to help out.

"My granddaughters Millie and Tobi Casey, who are junior members of the Cowra Evening Branch, they drove down and also did a day for us," she said. 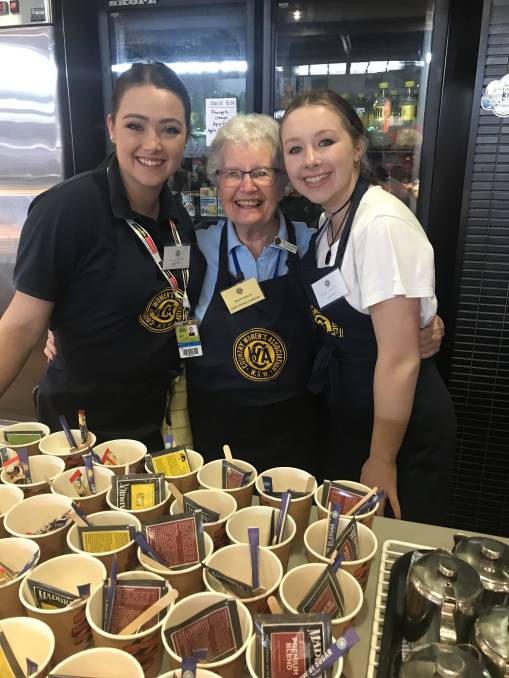 "All the volunteers and the committee loved having a couple of really young faces helping us.

"We worked hard but we really had fun too, I really tried to make it a bit of fun for everyone as well and that pays off and it helps people feel part of the team."

The CWA of NSW says thank you to everyone who supported the CWA Tea Room and to their sponsors Manildra Group, Little Big Dairy Co, Pepe Saya Butter, Nestle and Sunshine Sugar.

The Big Bush BBQ had raised over $30,000 for the 12 local show societies that manned the stand over the show period. "I personally put down the success to the spruiking - we always had someone out the front with the customers, talking to them about the show, telling the story about why we are here and drawing them in," GDAS committee member Taylor McKenzie said.

"Everyone from the GDAS committee that went, some that hadn't been to the show before, enjoyed being able to explore the show and get the Gresford Show name out there.

"Every dollar we received will be spent within the show, mainly towards entertainment to give back to the community.

"On behalf of the GDAS and all the show societies that took part, thank you to the RAS and Woolworths for their generous support and everything they do to allow the Big Bush BBQ."

The Gresford Show was held on March 12 and 13 with record numbers through the gates.

"People want something to do," Ms McKenzie said. "It was tricky to hold a show but we had the COVID sign, extra cleaners, advertised to make sure people checked in - it was a lot of work to be COVID safe and compliant, but it was worthwhile."

One of the hottest new foods at the show this year, Bacon on a Stick, did so well that the amount sold could wrap around the entirety of the Sydney Showground.

The other food highlights for 2021 include:

The Nickelodeon Street Parade travelled around the showground enough times to reach Newcastle from Sydney.

A whopping 2.1 million unique ride experiences were had throughout the show and 1.8 million showbags enjoyed by showgoers.