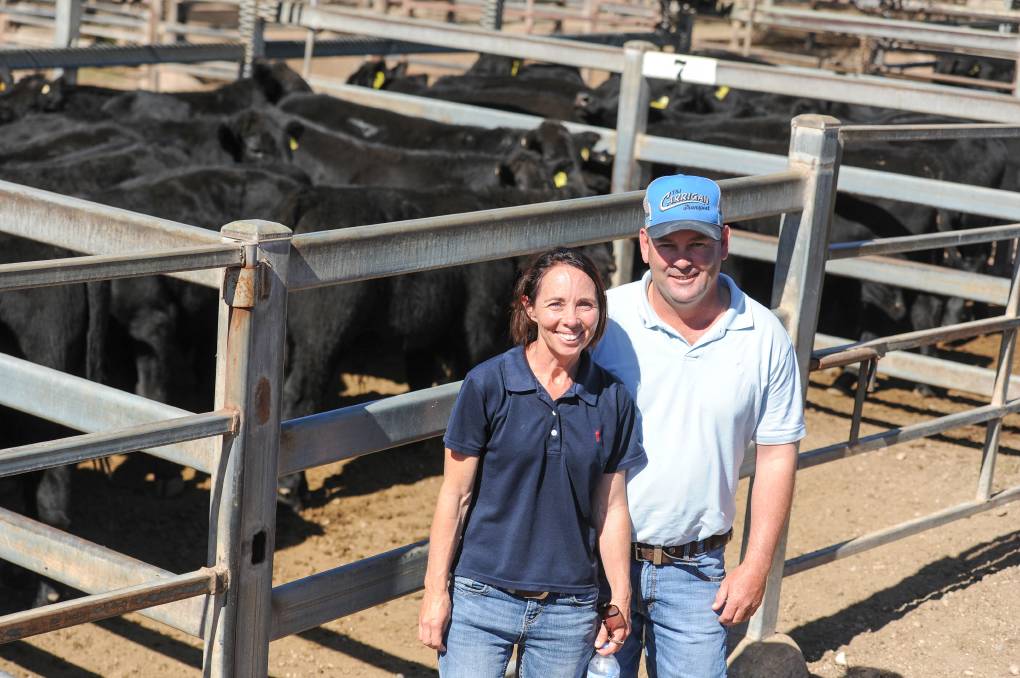 Natasha and Elliott McKinnon of Dales Angus, Merriwa, with their Angus steers that topped at 660c/kg.

Agents said the weaner sale featured some of the best cattle they had ever yarded.

Buyers at the Gunnedah Powerhouse Liveweight Weaner Sale were given a pocket-sized pricing grid before the sale started but not even it went as high as the prices that were to come for the yarding of 3250 head.

Davidson Cameron and Company agents were running off limited sleep on Thursday after working into the early hours of the morning to weigh and present a high quality offering of weaners from as far as Coonabarabran, Quirindi, Narrabri, Tamworth and local Gunnedah area.

From Angus, Herefords, Limousins, Charolais and Brahmans, all those in attendance, even from as far away as the Burnett area of Queensland, were full of praise for the standard of stock available.

Davidson Cameron and Company's Luke Scicluna labelled the quality of the yarding the best in the sale's 14 year history. 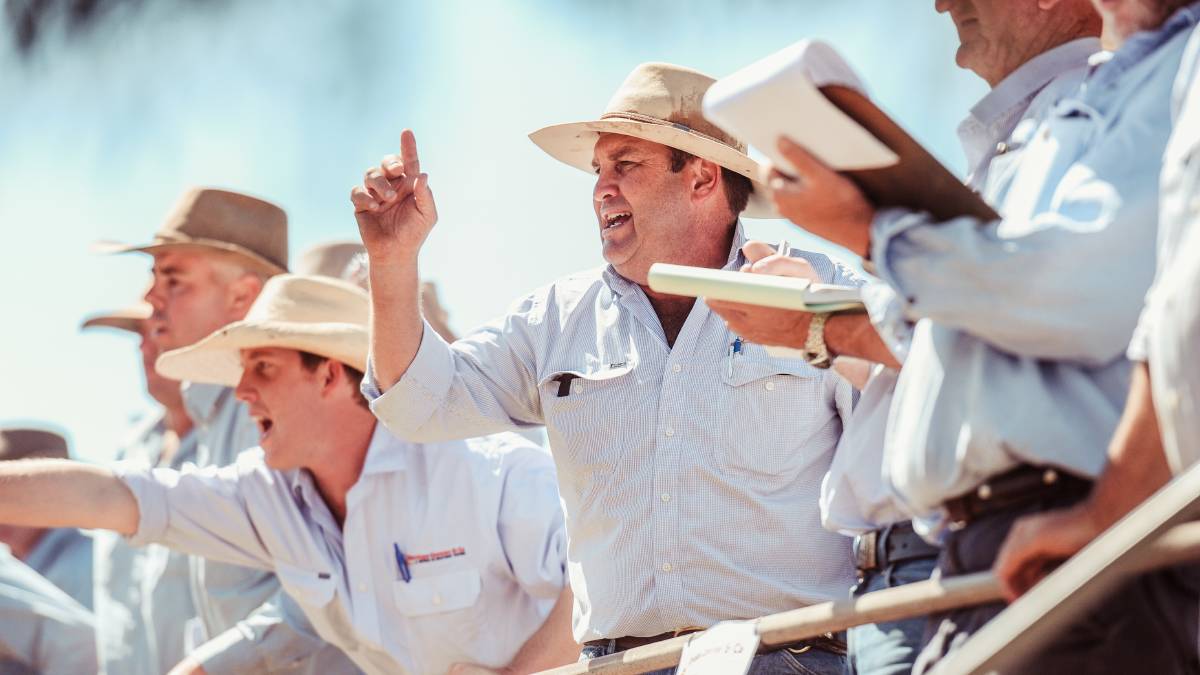 "It's not our biggest yarding but the quality of the calves, with weight for age and the way they presented, was as good as I have ever seen," he said.

"We didn't have the dearest sale in the state but we had a good solid sale.

The first vendor of the day hit 660c/kg ($1487/hd) for 225 kilogram Angus cross steers from Dales Angus at Merriwa and those in attendance knew they needed a high budget to be a serious player.

Dales Angus went on to sell 162 steers in total averaging 617c/kg or $1604/hd in what was their first year offloading weaners into the Powerhouse sale. 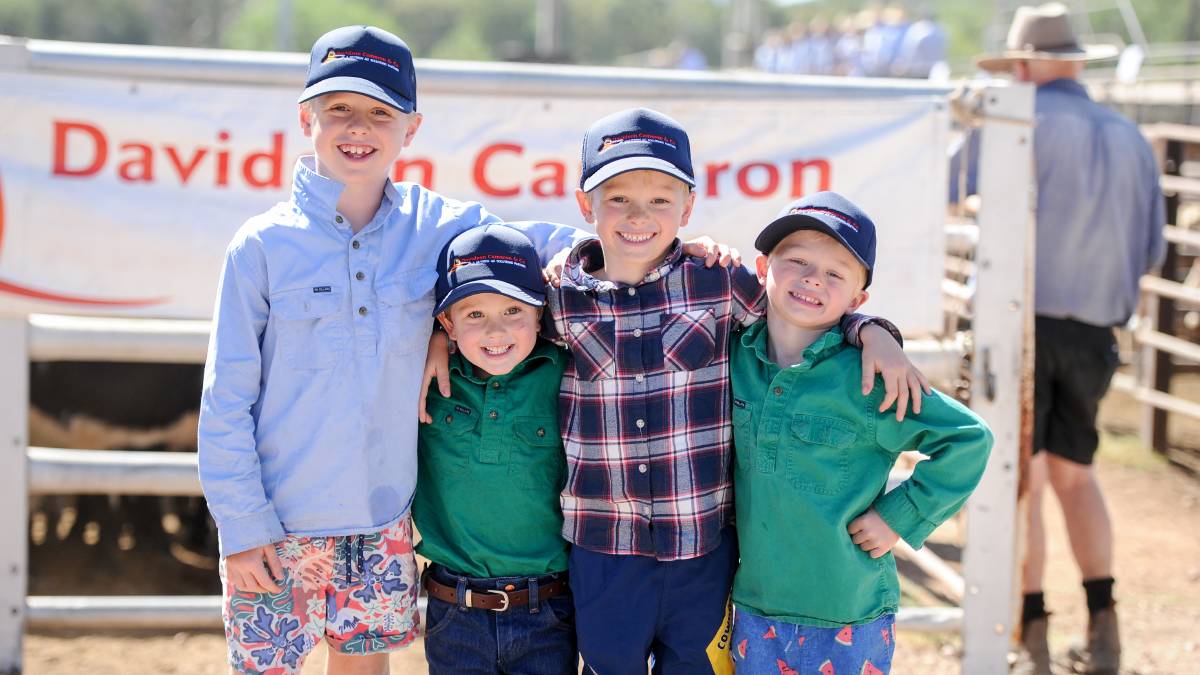 Manager Elliott McKinnon said the steers featuring Knowla, Alumy Creek and Booroomooka bloodlines would normally be taken through to 500 kilograms and offloaded in September or October.

"The market was too good for us to carry them on...and this was an opportunity to wean before winter," he said.

"They were weaned yesterday at 7.30am and it was 160 kilometres to get them here."

A few pens later Lorraine Christie-Rockliff of Boggabri made a return to the weaner sale for the first time in four years selling her pen of Kansas Angus blood weaners weighing 393 kilograms for 482c/kg or $1897/hd. 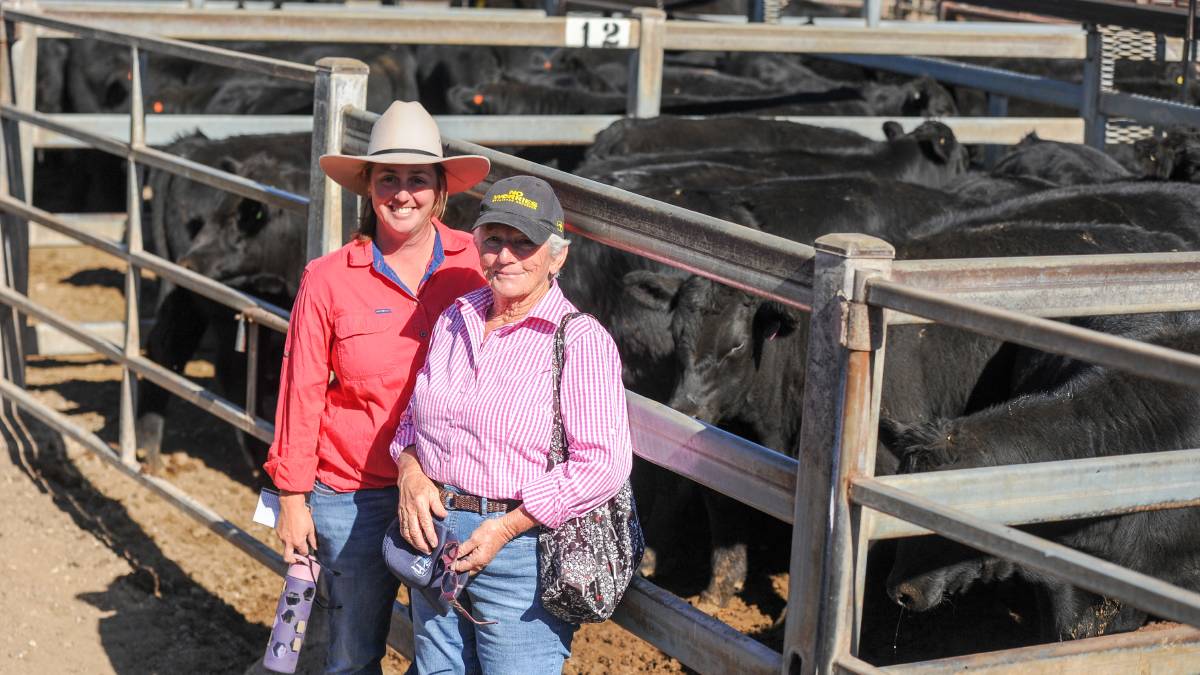 Melissa Christie with Lorraine Christie-Rockliff of Boggabri who both sold Angus weaners at the sale.

Alexander Downs at Merriwa and Wilmot Cattle Company at Ebor were among the prolific buyers taking runs of steers home while AuctionsPlus also played a key role but local restockers were just as successful.

A pen of Angus cross weaner heifers weighing 180 kilograms from PA and MA Turnbull made the highest cents per kilogram price for young females of 592c/kg ($1069/hd).