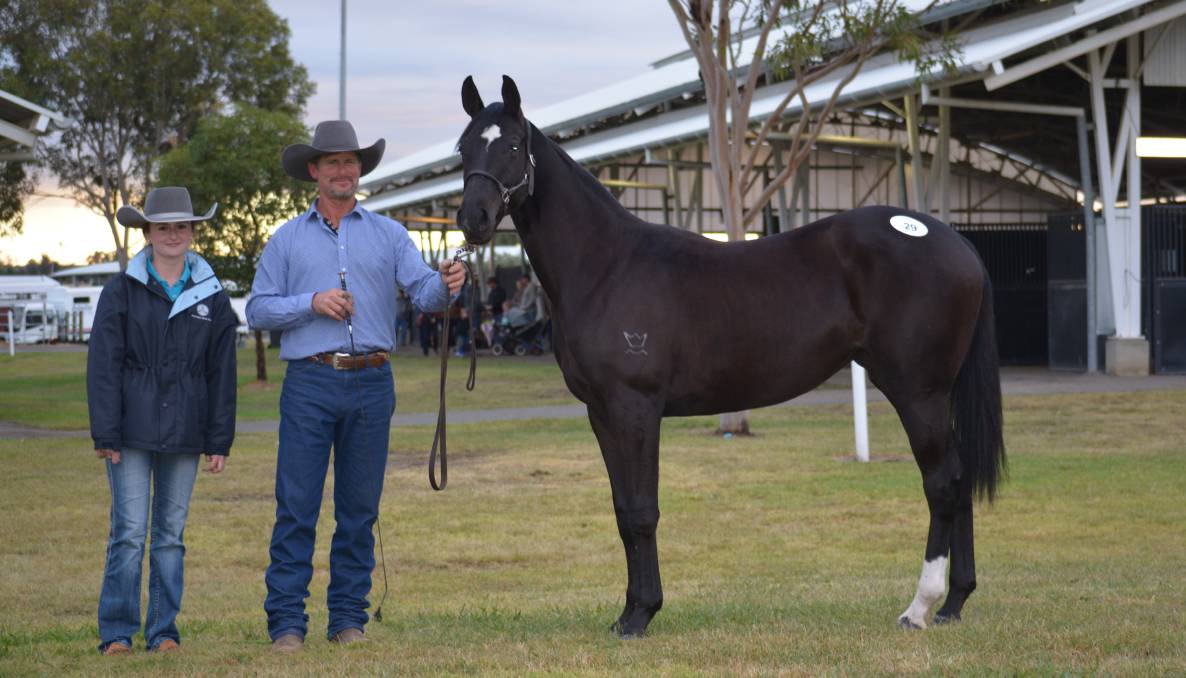 Fountain of Youth sale prices improve on back of solid demand for quality performance horses.

An eye catching brown/black yearling filly from Queensland topped the Fountain of Youth sale yesterday at $15,000 at the Australian Stock Horse National Show and Sale in Tamworth.

The sale topper, Royalle Heart Strings, was from the last drop of Royalle Heartache and out of Glenkel Rhapsody and sold to Tahnee Sullivan, Forster.

Heart Strings was bred by Paul Denhert and Amanda McLennan-Denhert, Southbrook, Queensland, and came with a pedigree full of show and campdraft performance behind it.

Mr Denhert said her sire, which was a son of Acres Destiny, was a former champion led stallion at Sydney, Brisbane and Toowoomba royal shows, had won its futurity and maturity at the breed's national show, had been a champion working horse at Toowoomba and Sydney, and also had scored as high 91 in the Pittsworth campdraft in Queensland.

Heart Strings' dam, Rhapsody, by the renowned Adios Reflect, had also been a consistent campdraft placegetter.

Also read:Colonial-era property of former veterinary surgeon David Harding and his wife will go under the hammer.

At auction, Heart Strings hit $12,000 at which point she was passed in, but only momentarily. Buyer Tahnee Sullivan, from Forster, who held the top bid increased her offer to meet the reserve, to see the filly knocked down for $15,000 before she had mad eit out of the sale ring.

Heart Strings will join her burgeoning team of horses which she uses for showing and in challenges and also includes the top-priced gelding from this sale two years ago.

"She is very sweet and will fit in well with the black team of show horses that we have," she said. 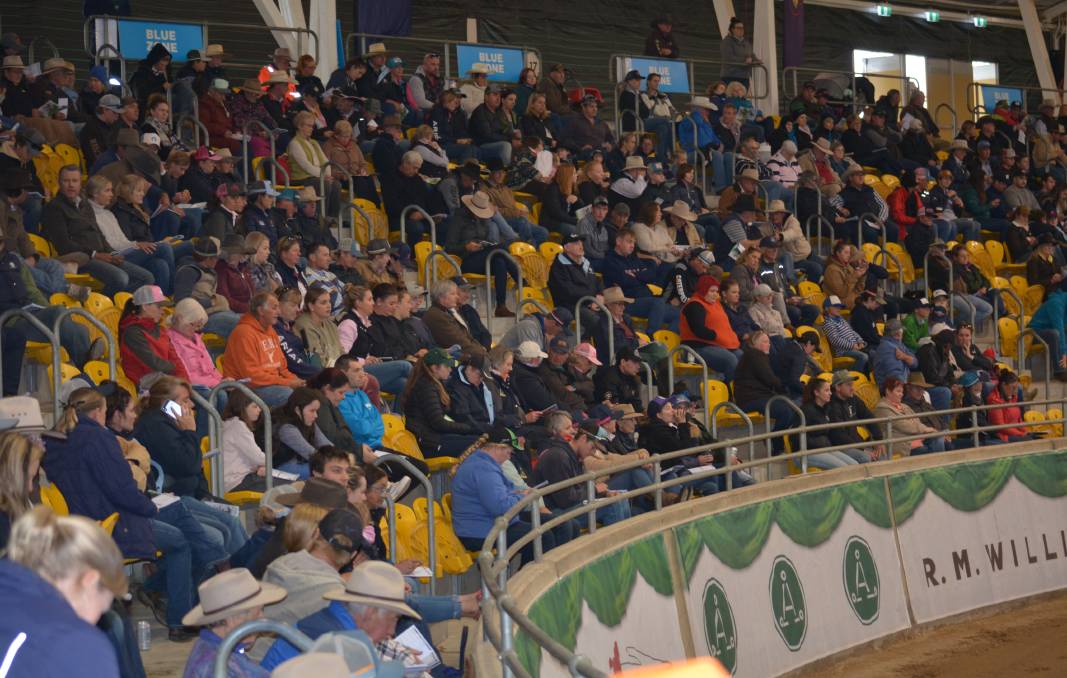 The Fountain of Youth Australian Stock Horse sale fielded a strong crowd and a total of 206 registered bidders at Saturday's sale in Tamworth.

Among the other higher-priced lots were the two-year-old black gelding, Bullseye Shadow, by Binnia Impressive Destiny, and offered by Toby Frazer, Tamworth.

Equalling the $14,500 second-top money was a black yearling filly, Bullseye Crystal, by Waylon J Fort Destiny, also offered by Mr Frazer, which sold to an undisclosed buyer through Jim Lyon Agency, Tamworth, as did a $12,000 black yearling gelding, again by Fort Destiny and from Mr Frazer's stable, that being Bullseye Bentley.

Another two horses made $12,500, including Braeview Aramis and Adios Maggie.

Aramis was a brown yearling filly by Kirkbys Stud Credit offered by the Redgen family, Warwick, Qld, and sold to Mackay and Company Droughtmasters, Claremeont, Qld.

Maggie was a yearling grey filly by Kneipps Conray, offered by Tim and Amanda Hollis, Piallaway, and sold to Heath Shadgett, Tatura, Vic.

A number of horses were passed in, having not met their reserve, including Karman Abbeys Reflect, offered by Miss ZL Frost, Charters Towers, Qld, which reached $16,000 at auction.

The sale was conducted by Nutrien, with auctioneers Mark Barton and Joel Flemming and registered a total of 206 bidders.

Mr Barton said an improved result on the past few years at this sale reflected a broader increase in demand for quality performance horses.

This attracted additional interstate bidding, including from Western Australia and particularly from Queensland.

A further two of the passed-in horses were also sold immediately after the auction.