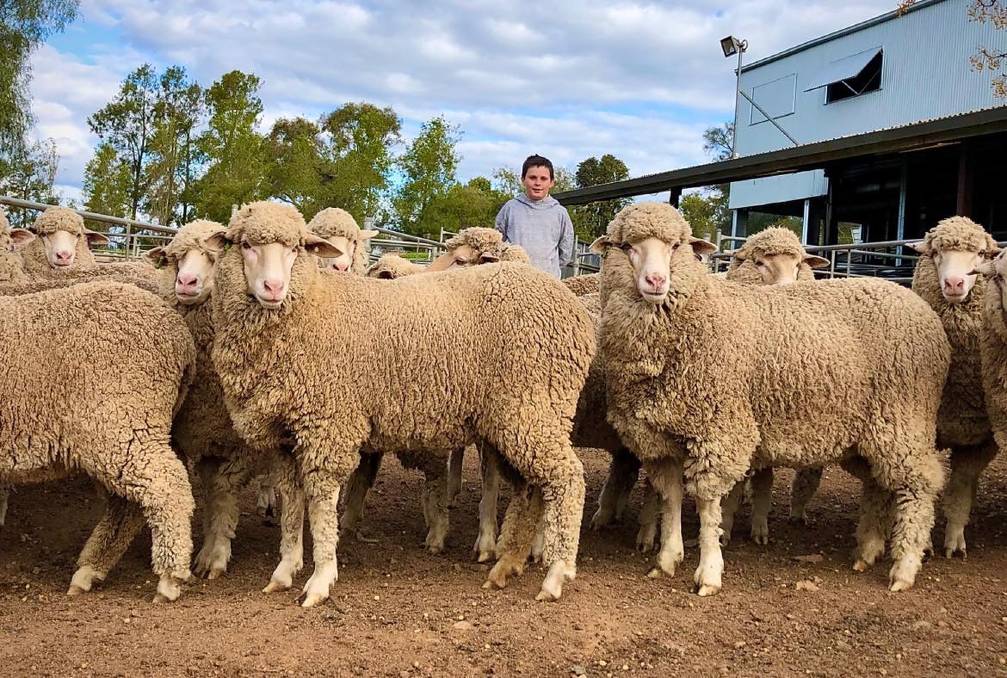 Tim Coddington, 11, Dubbo is the youngest person to ever register a sheep stud in NSW, establishing Rosemont Merino and Poll Merino stud last year. He is the fourth generation of the Coddington family to establish Merino studs. Photo: Supplied

At just 11-years-old Tim Coddington of Dubbo is the youngest person to ever register a Merino stud in NSW, establishing Rosemont Merino and Poll Merino stud late last year.

Tim was a prolific ribbon presenter at the Sydney Royal this year, his enthusiasm impressing judges and exhibitors alike, and he hopes to show his own fine/medium-wool sheep at Sydney in the next year or two.

Tim said his stud started when his grandad Graham brought him a poddy ram lamb to look after.

"It was a horn ram so he couldn't have it in his poll stud," Tim explained.

Graham said that fed twice a day by Tim, the ram, known as Oscar, soon became one of the biggest ram lambs on the property, weighing a hefty 100 kilograms at 12 months old. 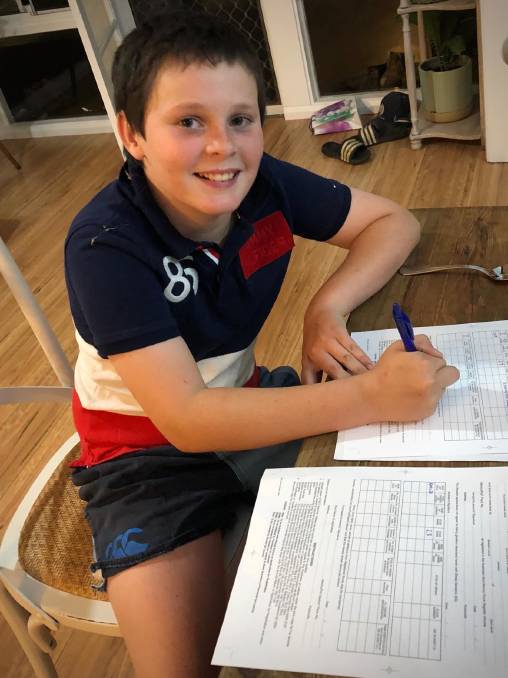 Tim filled out of the paperwork to register his stud the day before his 11th birthday. Photo: Supplied

But, that was just the beginning, Tim's Dad Matthew offered up an embryo transfer ewe and Tim was given another 25 sheep for his birthday.

Tim now has 50 sheep in total and has artificially inseminated his ewes to five different rams from Roseville Park and one from Yarrawonga Merino Stud with the lambs due next month.

"I'm trying to experiment with the genetics, hopefully I can get some stud rams out of this lot," Tim said.

Matthew said Tim wanted to register his stud before when he was 10, so the paperwork was filled out a day before his 11th birthday.

"Our Stud Overseer, Angus Dawson was one of the former youngest sheep breeders to register a stud," Matthew said.

"He was 15 when he registered the Arakoon Merino Stud, and he was telling Tim he would have to wait until then but I said there's no way we can hold this kid back for another five years."

Tim has an impressive sheep 'bucket list' to tick off, including showing at Sydney and putting up his own rams for sale in Roseville Park's on-property sale.

But, the number one item on the bucket list may be the hardest of them all.

"I want to breed better sheep than my Dad," Tim said.