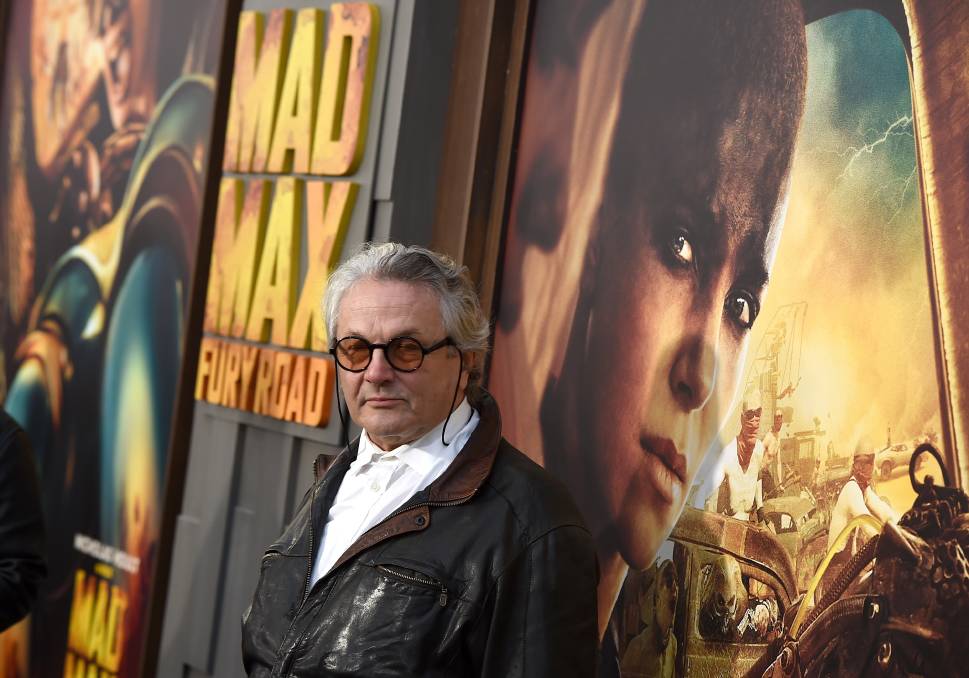 Director George Miller attends the premiere of Mad Max: Fury Road in 2015. Mr Miller will direct the prequel Furiosa, which will be partially filmed in Hay.

CAST members of Furiosa - the prequel to the award-winning film Mad Max: Fury Road - are set to descend on Hay when filming begins in the coming months.

NSW Premier Gladys Berejiklian announced on Monday morning that the film, directed by George Miller and starring Chris Hemsworth, would be shot in "a number of locations including Western Sydney and regional NSW".

For weeks there have been whispers that Hay would be one of those regional locations and Geoff Murphy, the owner of The Convent in Pine Street, confirmed it on Monday.

He said he had been liaising with the Furiosa production team as actors and cast members prepare to arrive for filming.

"A fair few people have already started coming out here to check the scenery out and all that and have stayed at The Convent for that time, but we've all been told it's likely that every hotel in Hay will be booked out for a further two months or so for filming," he said.

"There's definitely a bit of a buzz around town, people are coming into the cafe and talking about it."

Mr Murphy said the film will be "good for Hay", giving the rural town a chance at forging a place on the map.

"A few films are coming out this way now it seems, because it's cheap and also has all the beautiful scenery and space for it," he said.

"They need lots of dust for Mad Max, and Hay certainly has load of that."

Hay Foodworks co-manager Kellie Rutledge said she and her team had also felt the buzz about town.

"We've noticed a lot of caravans and people coming through who you can tell aren't locals, and it really creates this air of excitement, hearing all their stories and making new conversations," she said.

The economic benefit was also welcome.

"Anyone who is helping to spend dollars in the town is always so important, and we're more than happy to have them," Ms Rutledge said.

"Plus, during recent times with business picking up, we've actually been looking to put more young people on to keep up with demand.

"Hay came straight out of drought into COVID-19, so this is giving us all a new lease on life."

Ms Rutledge said she felt the excitement would be mutual once the cast and crew experienced their country-style hospitality.

"Country people are extremely genuine, [visitors] are always amazed at how much time we have to have a chat and speak as if we're old friends," she said.

"Two months ago, we had another fairly big film crew here and they were so lovely, there were people who had never been out to the country before."

Member for Murray Helen Dalton said the news was "fantastic".

"This is going to be great for the region and a real boost for the town having those people living and working on site for an extended period of time," she said.

The prequel to George Miller's film Mad Max: Fury Road is expected to become the biggest film ever to be made in Australia.

Premier Gladys Berejiklian said securing the production was an important win for the state and its film industry.

"This is great news for NSW - Furiosa is expected to support more than 850 local jobs and bring in around $350 million into the NSW economy," she said.

"There is no better place to make an international blockbuster than here in NSW. We employ 56 per cent of the Australian screen industry and we're open for business," he said.

"It's showtime in NSW and that means jobs not just for the arts, but right across the trades, hospitality and transport sectors as well."

Minister for the Arts, Don Harwin said attracting Furiosa to NSW was a momentous moment for the local screen industry, which has seen a recent boom in blockbuster productions.

"Everything about Furiosa is as thrilling as it sounds, and I know this major production will further cement NSW's place as an extremely competitive film production powerhouse, for delivering high-end international productions," he said.

Parts of the prequel will also be filmed in areas of Western Sydney.

The story Long-awaited Mad Max prequel Furiosa to be shot on location in Hay first appeared on The Daily Advertiser.