An extra 7257 cattle were registered in 2020 compared to 2019 according to ARCBA. Photo: Lucy Kinbacher

An extra 7257 cattle were registered in Australia last year compared to the previous 12 months, according to the latest data from the Australian Registered Cattle Breeders Association.

Despite the national beef herd taking a significant dive after recent years of drought, ARCBA officials were pleasantly surprised to reveal stud producers had been able to hold onto a large amount of their genetic base.

Interestingly tropical breeds clawed back more than two per cent of the overall registrations from the dominant British breeds.

The results surprised ARCBA executive officer Alex McDonald who feared stud herds would have been sacrificed during the drought.

"I think it just shows how resilient stud breeders are in terms of preserving their herds through the last few years of drought," he said. 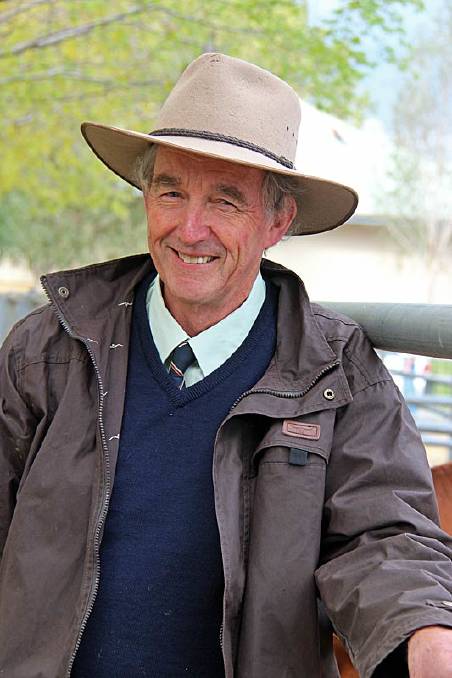 "I would suggest that the other factor is the positivity in the beef industry, with prices so high."

He said breeders were inclined to register more of their herd when cattle prices were high.

"If things are tight they might not register some of their calves whereas when they are getting $2000 for a cull cow, the cost of a registration becomes very affordable," he said.

Unsurprisingly Angus Australia remained the largest breed society with 66,974 registrations in 2020 or 32.31 per cent of total figures. 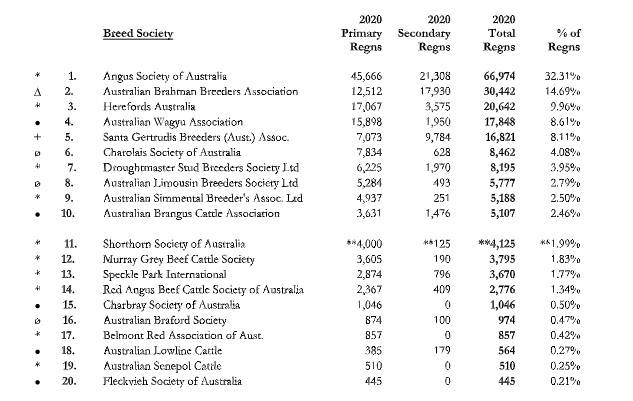 The Charolais Society of Australia rose one spot to sixth overall with 8,462 registrations, Droughtmaster (8195) and Limousin (5777) breeder groups remained in seventh and eighth, Australian Simmental Breeders' Association were in ninth with 5188 while the Australian Brangus Cattle Association moved into the top 10 with 5107.

Almost all breeds calculated higher primary registrations in 2020 but some like Devon fell significantly from 967 to 213 and Maine Anjou went from 92 to 17.

On the other hand, Senepol primary registrations rose from 108 to 510.

Export statistics for heifers with export certificates and intended to be used for breeding in imported countries doubled from 5178 to 10,065.