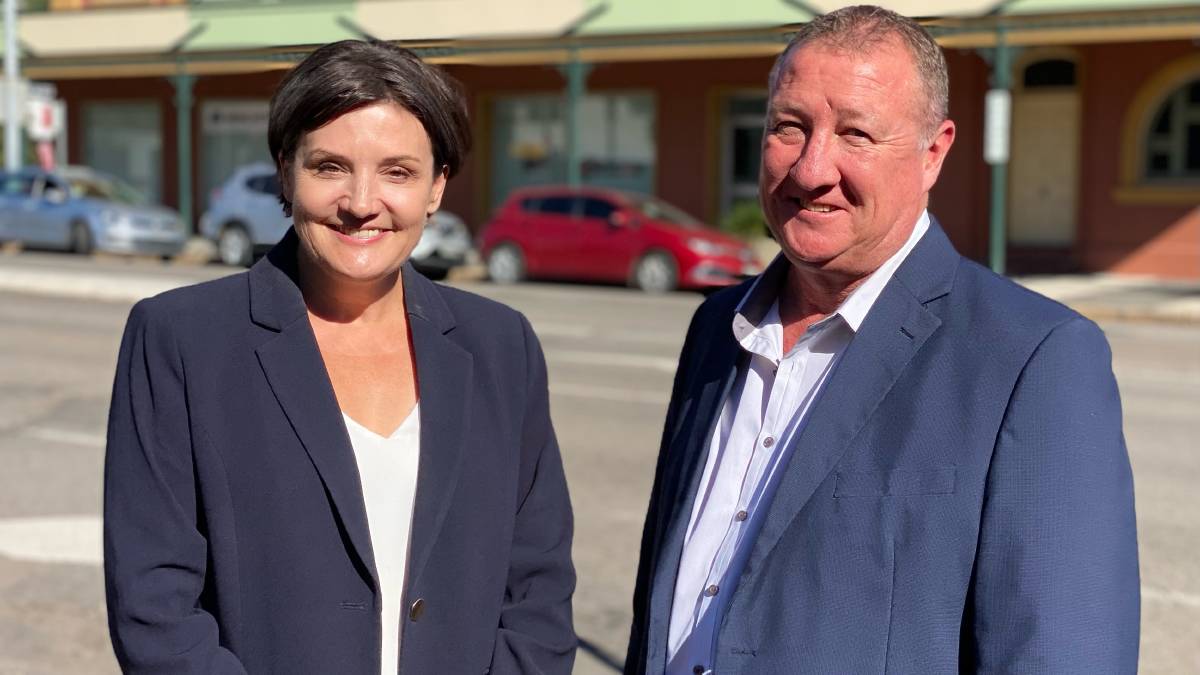 Gloucester-born McKay right in her element in Upper Hunter

The NSW Labor leader Jodi McKay was in Dungog this week listening to local grievances over the lack of funds to fix roads, and there's a fair chance she knew many in the crowd.

As the May 22 by-election campaign heats up for the seat of Upper Hunter, Labor has a spring in its step in the hope of toppling The Nationals, as Ms McKay is a born and bred local, growing up in Gloucester.

The Nationals hold the seat - critical to the Berejkilian Government's hold on majority power - by just a 2.6 per cent margin.

Ms McKay did all her schooling there and her family is well-known in the district, her dad worked in the dairy industry and later was involved in AI innovation.

She once said on the announcement of her election as Labor leader, that "I couldn't have done it without growing up in Gloucester."

"I was heavily involved in the (Thunderbolts) swim club and held a few records," Ms McKay told the Gloucester Advocate at the time. She believes some of those swimming records might still stand.

Being raised in a regional town gave her great opportunities for her future career, she said.

On Tuesday she was hitting the roads, literally, in her old stomping ground accusing The Nationals of ignoring Dungog's pleas for road improvements.

"The local council applied for funding to fix eight badly damaged roads. Just one application was successful. That's why NSW Labor will commit $5.9 million to pay for urgent repairs to the other seven roads," she said.

Roads are still a stinging issue for the NSW Government in the electorate despite big funding announcements at the last 2019 election that were aimed at fixing ancient bridges and badly potholed connecting roadways.

The other seething issue is forced council amalgamations during the term of the previous Baird Liberal-Nationals government. Gloucester council was absorbed into the large Mid Coast Council based in Taree.

It's a decision that still angers Gloucester locals who believe their concerns are getting ignored in the larger council structure - especially in relation to improving roads. They claim no one from the Mid Coast Council has come out to look at the damage caused by the recent heavy rains in March.

Gloucester's former mayor and dairy farmer John Rosenbaum, who has voted for The Nationals and Country Party all his life, until the last election because of the amalgamation issue, says The Nationals won't get his vote.

He'll be giving Labor - and by default Jodi McKay - his vote in the looming by-election.

He has known the McKay family for decades and his children went to school with Jodi. He says she is a very genuine person. Jodi's parents were well-known in the Gloucester Uniting Church - and also staunch Liberal voters. It's something they often remark on wrily in Gloucester now that Jodi is the NSW Labor leader.

"She is a genuine person, I truly believe that," John Rosenbaum says.

"Unfortunately we have had some sitting Nationals that have let us down. I am disgusted at the lack of credibility of some of our elected representatives and the way some have carried on like this person (former member Michael Johnsen) has." 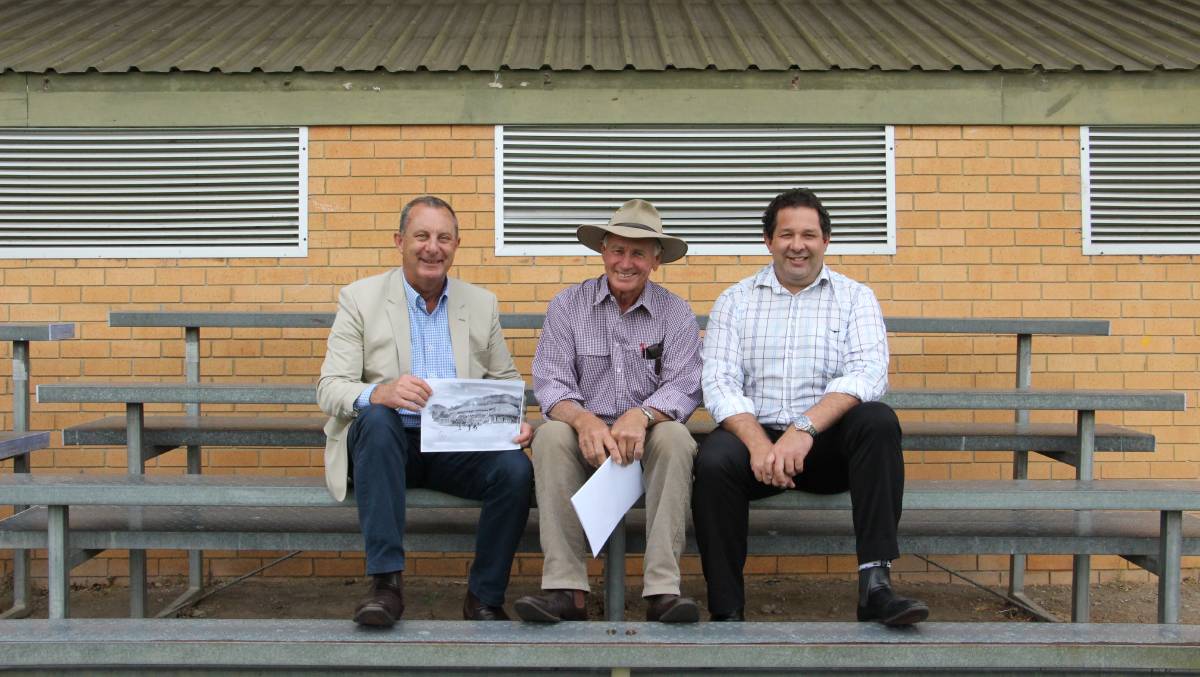 Mr Rosenbaum said roads were still a big issue and although promises had been made to fix the Upper Hunter roads, and some work had started on the Buckett's Way, everything was moving "too slowly".

He said the closure of the Scone Road for three months and the "disgraceful" state of Buckett's Way was hurting the Gloucester economy.

Mr Rosenbaum said Gloucester had suffered from the council amalgamations and lost many technical staff and families. He said once the former member Michael Johnsen rang him urging Gloucester council to join with Dungog, but Mr Rosenbaum said there were no connecting links - so Gloucester was absorbed with Taree into the new Mid Coast Council.

Mr Rosenbaum will be watching intently as the by-election campaign rolls into May. He has seen the district change dramatically since he started dairyfarming there in the 1970s, with many family dairy farms gone, taken over by conglomerates, who "do not spend in town".

Labor is pinning its hopes in the Upper Hunter on a former CFMEU official and electrical linesman Jeff Drayton.

He owns a small cattle farm at McCullys Gap, near Muswellbrook.

Mr Drayton is pushing against the sale of the Scone TAFE campus by the NSW government. Two of Mr Drayton's children went to a local TAFE, and one works in agriculture. Labor is expected to make an announcement about its stance on the future of the Scone campus on Monday.

The former member Michael Johnsen supported the sale of the large Flemington Drive campus which has caused anger in Scone and farming areas at the possible loss of skills training for both the equine and ag sectors. TAFE has promised that the new connected learning centre in the middle of Scone will offer the same opportunities to learn skills and that there would be no downgrade to learning, and an actual increase in the variety of courses offered.

Deputy Premier John Barilaro said Racing NSW will "develop a state-of-the-art equine industry training academy that will significantly expand its current use as an educational facility".

"The development of this equine training centre will see the Upper Hunter community have access to the very best of what the thoroughbred racing industry has to offer," Mr Barilaro said.

"The Upper Hunter will have the best of both worlds, with a world-class equine training centre in Scone and state-of-the-art learning facilities including the Connected Learning Centre in Scone and the Muswellbrook TAFE."

"The community and local industry will benefit from specialised equine courses delivered by Racing NSW for local jobs such as stablehands, trainers, trackwork riders and jockeys," Mr Lee said.

"It is the NSW Government's priority to deliver the training industry demands and who better to lead the charge than the nation's leading thoroughbred racing body."

TAFE NSW will lease back parts of the site for up to three years at nil cost and has committed to the continued delivery of equine training in the Scone community beyond 2024, as required, a release said.

The Government also announced a new $3 million multi-trades workshop and mobile training storage facility to be constructed at the Scone Connected Learning Centre that will "deliver hands-on training in a range of areas critical to the economy".

With The Nationals picking construction manager David Layzell as its candidate, the future of coal mining is part of the by-election stoush.

Mr Drayton is campaigning on more jobs, not just coal jobs. He was "sick and tired" of coal miners being vilified. "They should be thanked for the work they do, not blamed for doing a hard day's work," he added.