Rainfalls totalling around 120mm since January have resulted in a bumper season for the Central West district of Gulargambone, where a choice property vacancy has also arisen. 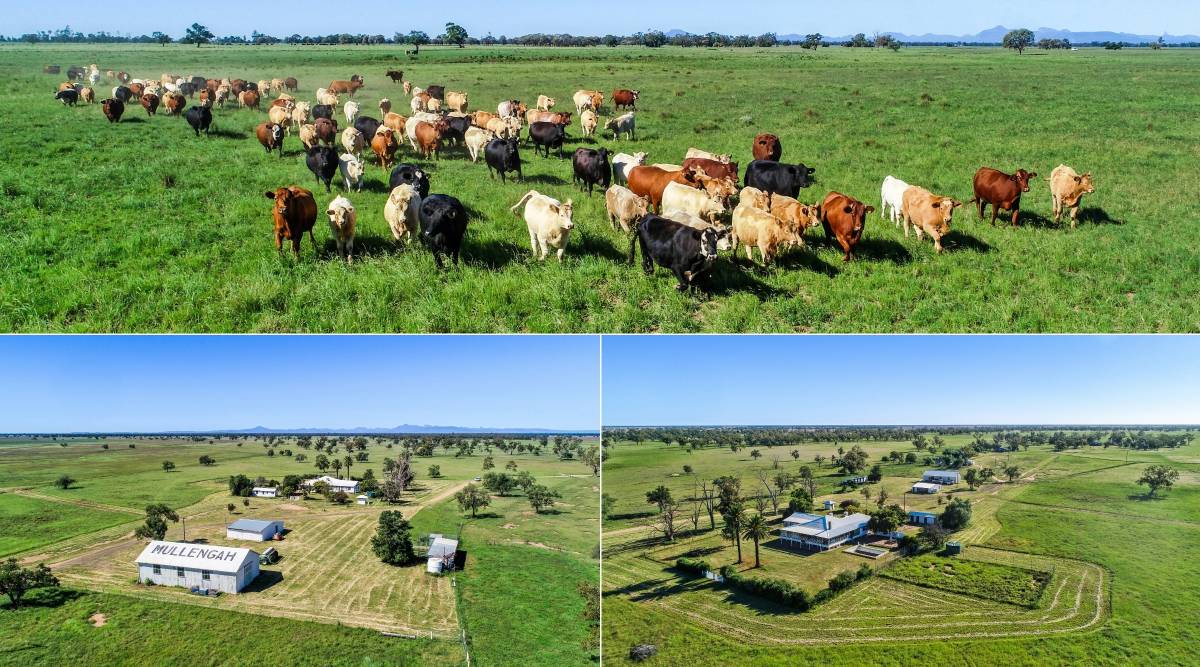 Rainfalls totalling around 120mm since January have resulted in a bumper season for the Central West district of Gulargambone, where a choice property vacancy has also arisen.

Elders has listed for sale the well-known mixed farming property Mullengah, to allow for the retirement of its absentee owners Peter and Kate Clonan.

Mullengah is a property of 1518 hectares (3751 acres) situated 10 kilometres east of Gulargambone in a region of rich volcanic soils overlooked by the Warrumbungle mountains.

When purchased by the Clonans in 2005 following the sale of their Cobrabald River property at Walcha, Mullengah was a larger holding of 2598ha, incorporating the adjoining Bundah.

The Clonans subsequently sold off Bundah to the Lambell family of Weenya, leaving the area of Mullengah now for sale.

Originally part of Gulargambone Station, Mullengah was previously long held by the Giblin family, who bought it in 1935 from Oberon-based mega-pastoralist Tom (T.C.) Hackney.

During its previous ownerships, the property predominantly ran sheep, including a Merino stud on the Giblins' watch.

All of that changed when the Clonans arrived, bringing with them their Cobrabald Charolais cattle stud which morphed at Mullengah into a composite breeding program, supplying bulls to the Australian Agricultural Company.

Today the property is managed as a commercial cattle operation, with a nucleus of about 330 breeders augmented by finishing and trading as seasons permit.

The Clonans relocated to the city some years ago to be closer to health care and Mullengah today is tended by an overseer who lives next door, assisted by Peter on his regular visits.

Described as level to gently sloping, with scattered shade and shelter timber, Mullengah has rich volcanic soils of self-mulching basalts and red loams, supporting a mix of summer grasses and winter herbage.

Although not farmed for some years, about half the total area has been cropped in the past, growing winter and summer cereals and fodder crops of brassica, turnips and chicory.

Average rainfall is 550mm and the property is watered by dams and three bores piping to tanks and 16 troughs, augmented by the seasonal Baronne Creek.

The large weatherboard homestead dating from the 1930s is now unoccupied, but is a classic period structure and offers restoration potential.

It is complemented by a near-new two-bedroom cottage for use by staff or guests.

The three-stand electric shearing shed and yards which once saw annual shearings of more than 3000 sheep are no longer used, but still serviceable. There is also the original ram shed.

The vendors are understood to be keen sellers, and based on recent district sales, bids on the high side of $3000/ha ($1200/ac) are expected when Mullengah goes to auction in Dubbo on May 19.