When they play along a goat can produce high results for artificial breeding.

When John and Annette Cassidy invested in Boer goats on Merilba Station at Kingstown some 25 years ago, many in the district thought they were crazy.

They started out as a tool in weed control but now the heightened demand for the meat machines has led them to fast-track their genetics and undergo their first artificial insemination program.

This year 1700 Boer does will be joined while 165 mixed age females had CIDRs removed on Tuesday ahead of being AI'd to a Valley Boer yesterday.

While they're no strangers to AI in sheep and cattle, it's a first for their goats.

Mr Cassidy said their main focus had previously been supplying goats to Thomas Foods for exports to America and Canada but this year they were taking a different approach.

"At the moment there is a huge market we think for young Boer bucks so where we would have nutted these young bucks and sold them off to meat we have now got a market at the moment into the west selling bucks," he said. Merilba Station manager Peter Barker and owner John Cassidy with some of their Boer goats.

"These girls now have been put together on type rather than grade and the idea is about getting heavier, faster growing goats with brown heads and a white body.

"With the drought a lot of people sold off sheep and cattle and that's created a huge issue because a lot of people who didn't want to or couldn't afford to feed now have to buy back in at really high prices.

"So a lot of them are turning into feral goats and the guys out west where feral goats probably saved them, they are now taking the feral bucks out and putting Boer bucks in." 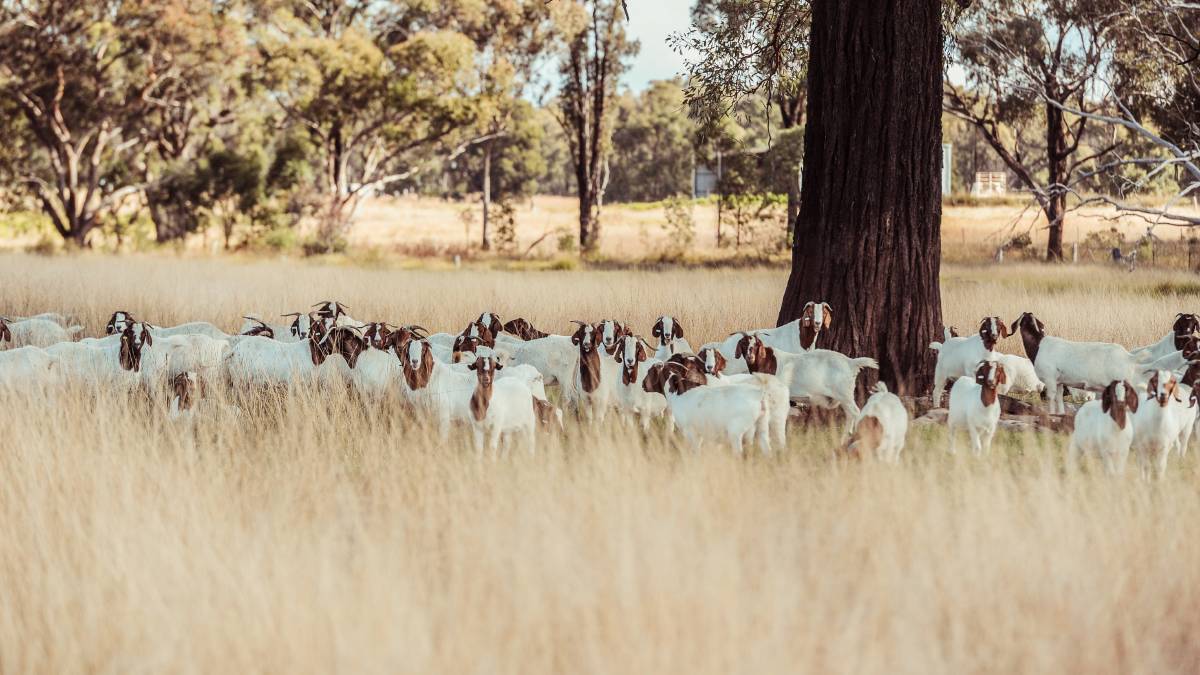 The demand has already seen them sell bucks as far as Longreach in Queensland and north west of Bourke while online they sold 76 billy goats in March averaging $307/hd and reaching a top of $400 or 1038c/kg live.

Dubbo-based technicians Dr Francois and Lynn Marais of Ovatec specialise in sheep and goat artificial breeding and said requests for their goat services had increased in the last 12 months.

Contrary to what many may believe, conception rates within goats are very high. 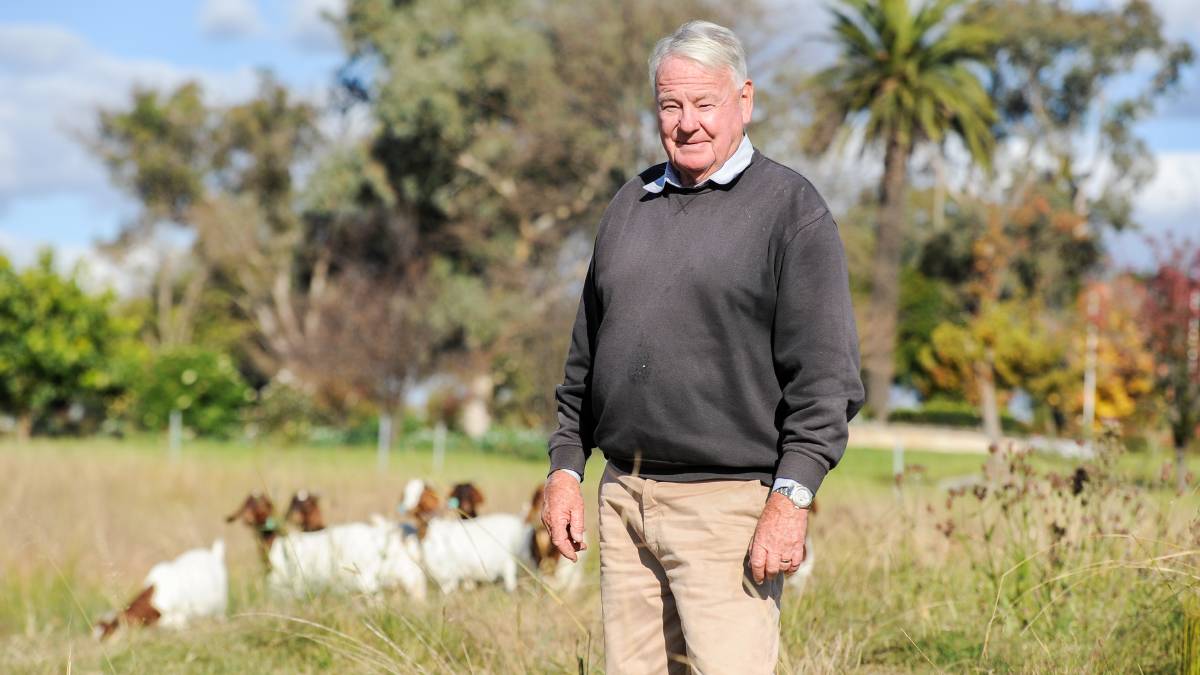 John Cassidy with young does.

A flush program earlier this month saw a doe produce 42 embryos of which 37 were useable.

"Goats are more sensitive, more intelligent animals whereas sheep are probably a bit easier," he said.

"We do need to take a few more precautions in terms of sedation and anesthetic and also in the preparation.

"They really need to take care in the management to make sure the goats don't get upset...goats give a lot of good quality embryos but if they are not happy they do not play along with the program. "They are more intelligent and they are more socially inclined so don't change social groups."

The husband and wife duo previously undertook four to five international trips are year for work but are so busy with jobs across the country.

"Both the sheep and the goat breeding work has picked up so much after the drought and if it rains, the price of goat meat continues and the demand for rams and ewes and goats too has gone up so much that I am very fortunate that we are very busy while we can't travel overseas," he said. 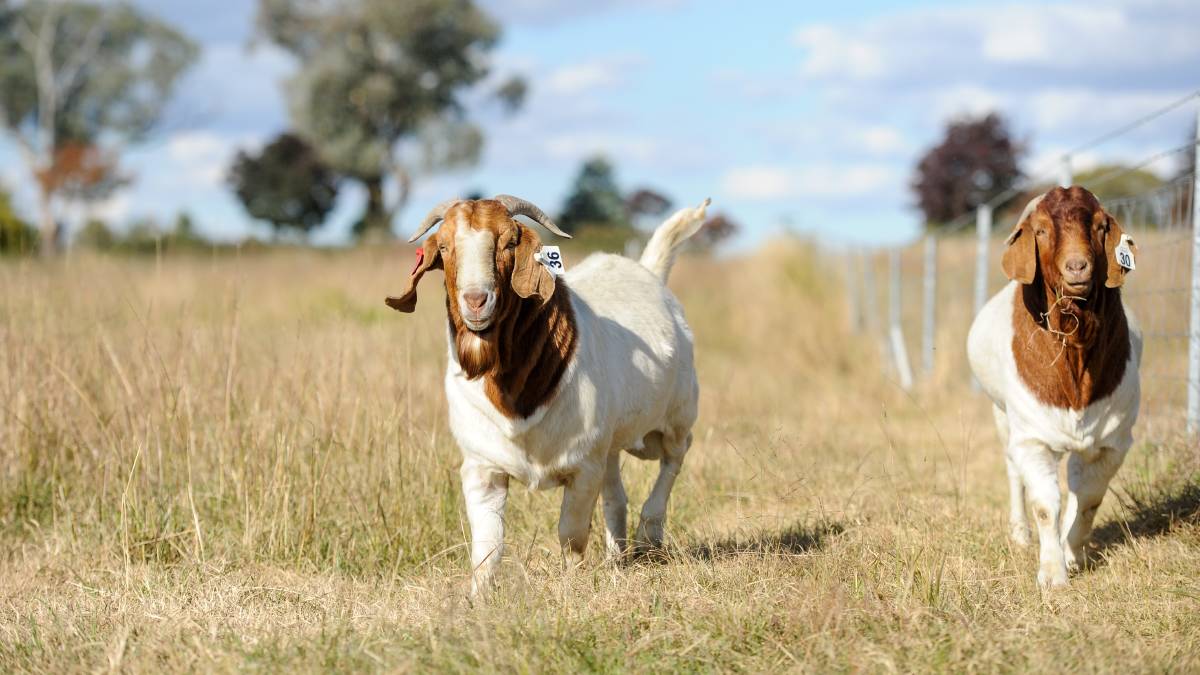 "The breeding work and using AI and embryo transfer really enables the goats breeder to up their genetics very quickly. That's basically our job, to make it possible for them to leap ahead with their genetics."

An unused shearing shed has now been set up for the goat breeding work at Merilba where they employ around 13 staff.

Merilba manager Peter Barker said they would also look to scan their goats this year and ensure they were undertaking the best management. 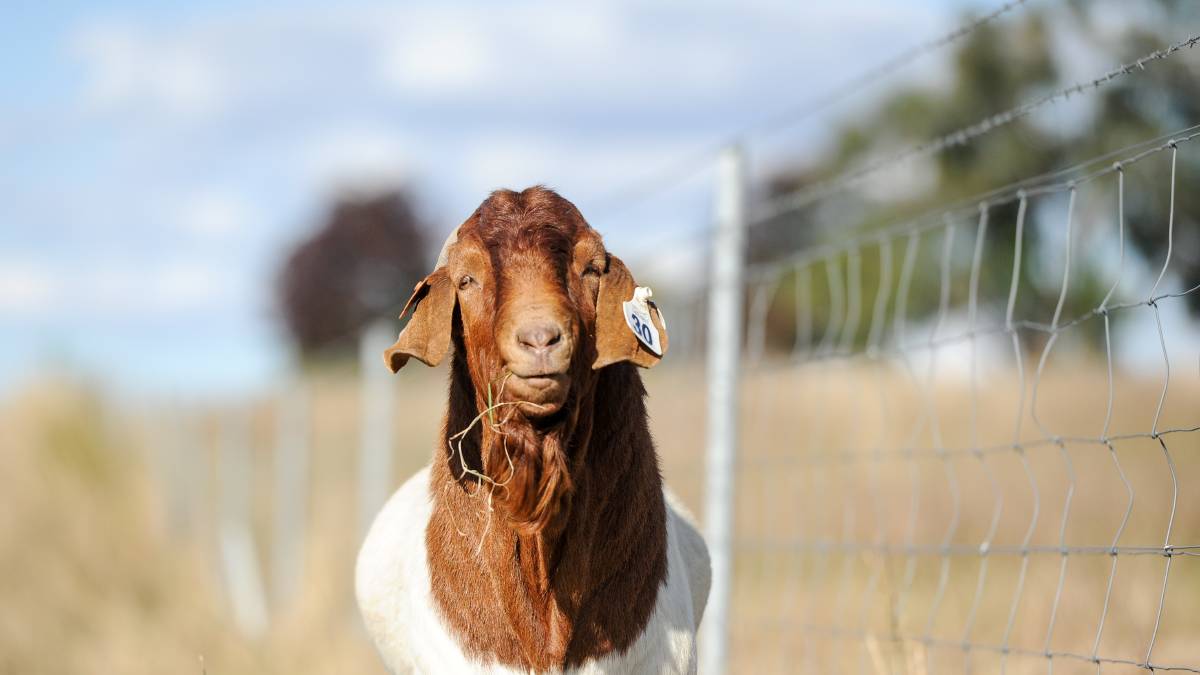 "I went to a goat producer day and we don't have quite the width of some of those western goats are aiming for so to do a program with a big impact sire like this should pay dividends," he said.

"Last year were were around the 100 per cent mark (for kids) but I think we can do that a lot better.

"That's with no pregnancy scanning and the sheep were prioritised with feed so I think we can definitely work on that by feeding our twin bearing and multiple bearing a lot better.

"That was my take home message that even though goats are tougher, nutrition is key and if you want high performance you've got to manage that."