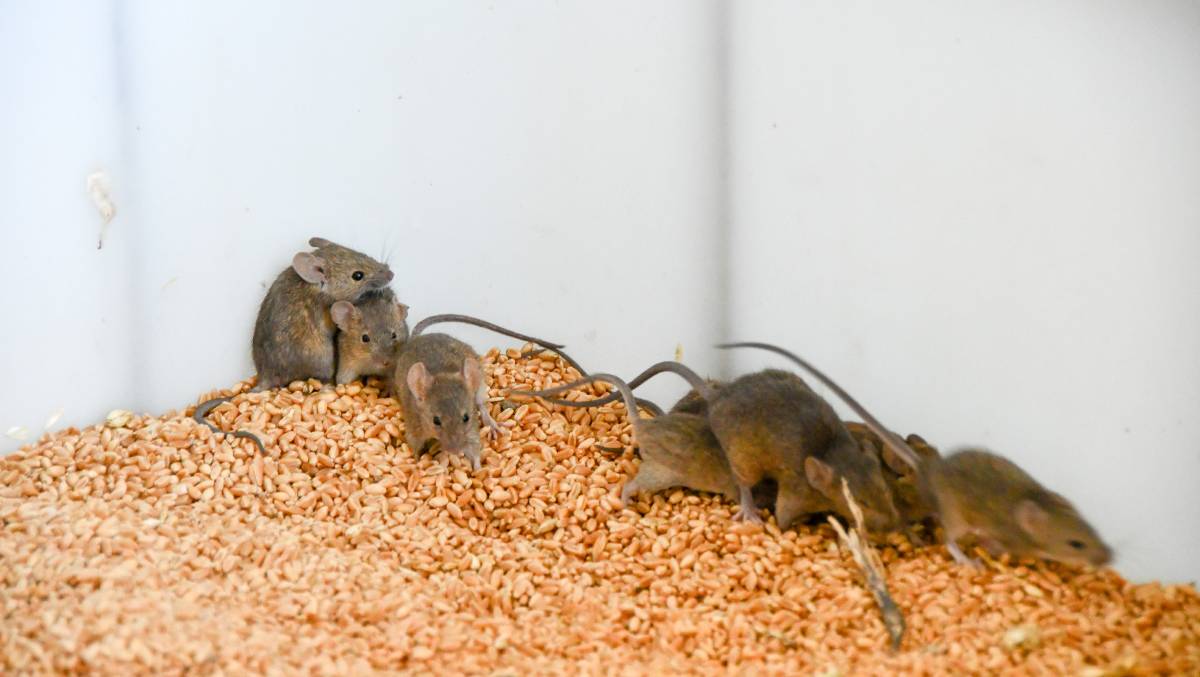 Some producers in areas such as Walgett, Warren and Coonamble in the state's west have been dealing with the mice plague for nearly six months. Photo: Billy Jupp

The Land's Billy Jupp shares his thoughts on the ongoing mice plague in this week's Taking Stock column.

AS sure as night follows day, a mice plague follows a bumper harvest.

It was true in 1993 during Australia's worst plague on record, which had a total damage bill of $96 million, during the worst of NSW's plagues in 1984 and 2011, in 2016 after a bumper winter crop in Victoria and once again this year after successful winter and summer crops across NSW and southern Queensland.

Each time these pests emerge, they cause a lot of damage, not just to cropping producers but to livestock operations as well.

In the recent experience of this town-dwelling reporter, there is nothing worse than when mice infiltrate your home.

Luckily, my issue was only minor, lasted a fortnight and was easily treated with readily available baiting products.

However, countless other producers and regional residents have not been so fortunate and are now entering their sixth-straight month, or more, of an infuriating plague.

There has been no shortage of frustrated people turning to social media to vent or to seek out a solution to the problem and as a new plague periodically breaks out we become slightly better equipped to deal with the fallout of their arrival.

However, there is still a heavy reliance on "a good rain" or "an early frost" to help send the mice on their way.

These notions have been referred to by some experts as "old wives tales", especially after the floods in Northern NSW earlier this year, but you would be forgiven for thinking these methods were your only way out of the issue.

The reason you would be forgiven is because there doesn't appear to be a lot of research being done to help producers combat mice the next time they appear. Sorghum crops across Northern NSW have been some of the worst hit economically by the ongoing mice plague. Photo: Billy Jupp

It is one of the key things NSW Farmers is lobbying the state government for (p9), in the hopes the environmental, economical and health impacts of a mice plague can be mitigated in the future.

Whether all of the funding for any potential research should be provided by the state government is a debate that's worth having because it can be argued a mice plague does not affect the entire state.

I'm sure our city cousins would certainly be curious about why some of their hard-earned tax dollars were spent on an issue that largely didn't concern them, aside from viral videos they see online.

However, it's no secret the agriculture sector and regional NSW is a major contributor to the state's economy, so therefore any investment in research would be helping to protect those economic benefits in the long run.

The financial impacts this current plague is having on producers and the overall economy is still largely unknown, however there have been reports of producers having spent in excess of $100,000 battling the pests.

Adding to the pressure is the ever-growing fear that this may just be the beginning as full soil profiles, excess feed and favourable seasonal conditions point to another potential bin buster later this year.

So what is the answer?

To me, new technology such as the CSIRO's MouseAlert App, which "provides farmers and advisers with the opportunity to access information about mouse activity in their area at critical times during the cropping season to determine whether numbers are at levels that could pose a risk to crops" are a good place to start.

However, more research into the cause of, prevention of and eradication of mice once they reach plague proportions is something I think most of us would welcome.