Part 2: Remember these names, they'll be the leaders of agriculture's future.

This week The Land showcased the brightest young minds in agriculture.

All under the age of 35, they share a passion for the industry that means they don't think twice when they're still working late at night or cram another role onto their jam-packed resume.

This is part two in a four part series released online at 6pm over the coming days. Christine Pointing and Zac McInerney of Scarbah Angus at Bon Vista, Inverell, are focused on rebuilding their genetic base. Photos: Lucy Kinbacher

Inverell couple Zac McInerney and Christine Pointing had successfully fed their Angus breeders through drought when they decided to sell all but seven matron cows in May last year.

It may seem like an unusual decision, having sacrificed long hours maintaining them when grass was deficient, but the pair needed to take a step back in order to move forward.

"It was tough; it took a lot of digesting and together they were daughters of daughters, there was three and four generations in there," Mr McInerney said.

"We had pulled it back to the seven leaders of our program...we knew they were proven over time so that's why we are investing the money in them now going forward because we trust the genetics we have. 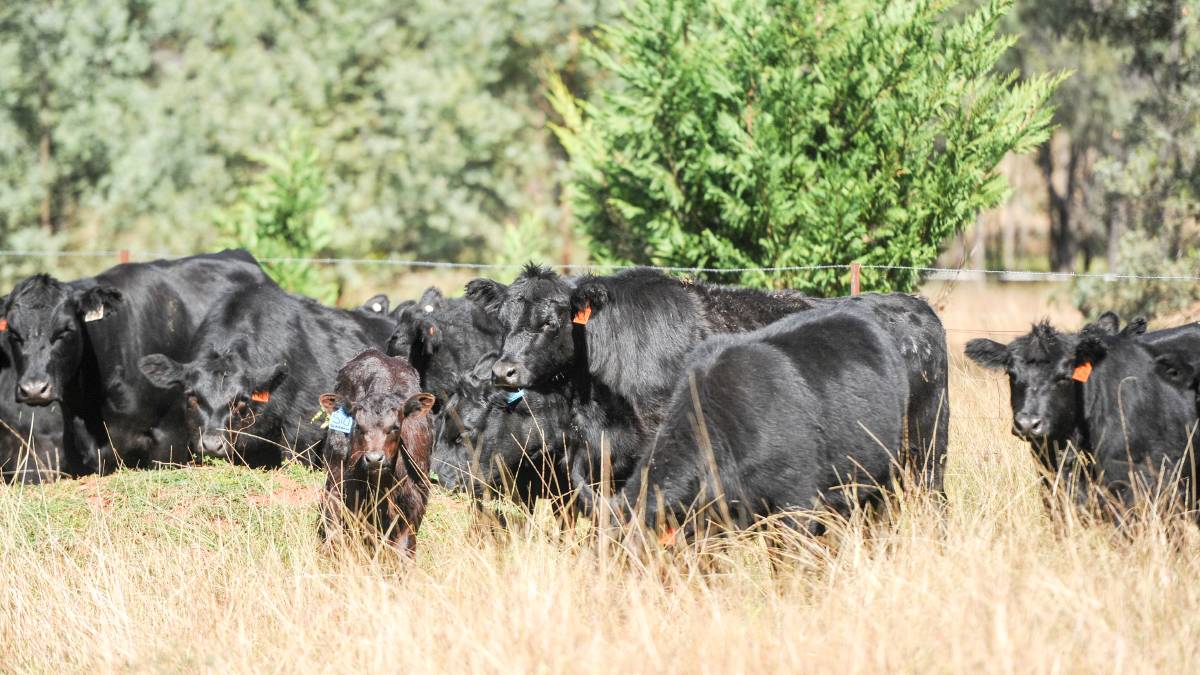 "It was sad but we acknowledged that we had to do it."

For 13 years the coastal-raised boy had ran his Angus herd on agistment or lease blocks at Walcha, Singleton, Guyra, and Glen Innes.

"We were back to 17 cows as of January 2020 and we really had to have a good look at our situation because...we were paying a lease fee for a block and also I was commuting over every second day from here to Guyra to feed," Mr McInerney, 31, said.

"We learnt some things during that drought of what to feed to keep the cows up and we were doing some straw and pellet combinations and then we went to a higher quality hay.

"I suppose the frustration of that drought period made us come to a realisation that we needed to pull the herd back again to generate a bit more of a deposit for our base here." 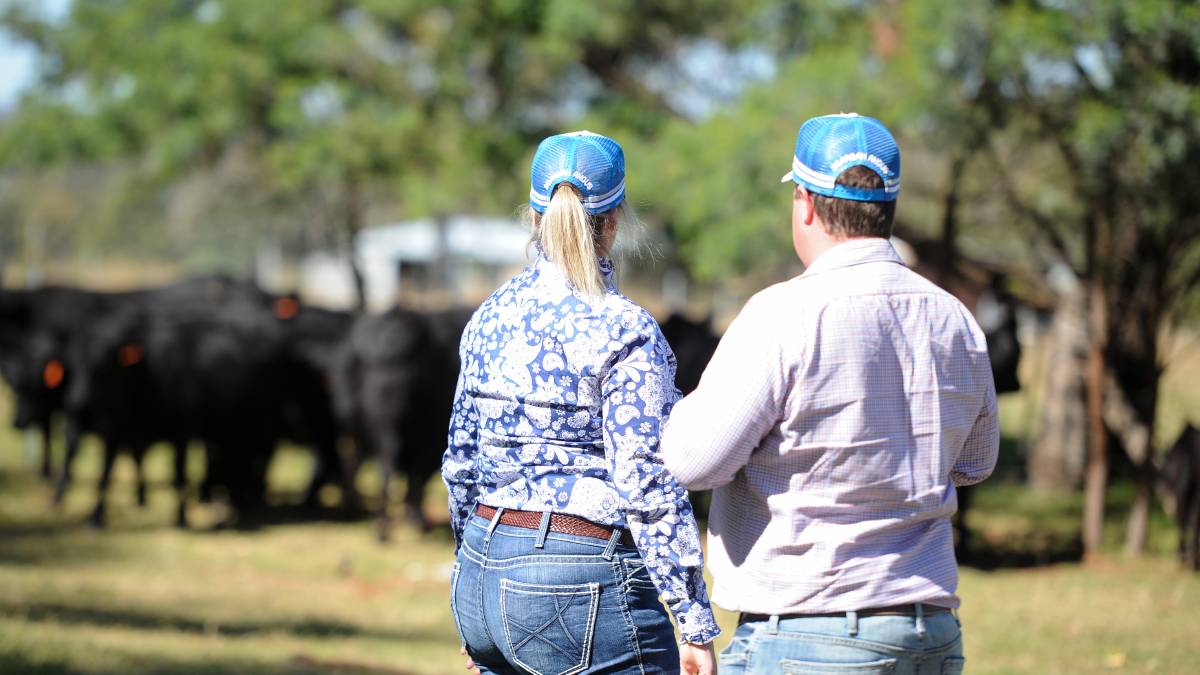 The 50 acre property that was "full of regrowth" soon welcomed the arrival of a dozer and they began a two year cropping rotation and eventually plan to plant permanent pastures among the 12 paddocks.

Fences and water systems have also been improved since they took over.

"We look back now and I think at the stage it was daunting because we actually hadn't secured this place yet," he said.

"We took the plunge to do it but I think now looking back it was definitely the right decision.

"I've got a foundation cow...who was out of a cow that I purchased from Farrer when I was at school there in 2007...she has been the whole way with us and I think I worked out the other day she has had nine different homes over her time and I think she is 14 years-old and she has had 15 calves because she has had two sets of twins. Mr McInerney, who works as planning and analytics manager at Bindaree Beef, and 28-year-old Ms Pointing, who is a nurse, are now looking to fast-track their rebuild through artificial breeding.

Five of their seven stud cows are in a flushing centre while 22 commercial cows are running on agistment at Delungra before eventually becoming future recipients.

This year they hope to implant 50 eggs, 20 in May and 30 in spring, using additional contract recips.

A recent flush at Beefmark Breeding Centre saw one cow provide 35 eggs while another gave 32. They hope to one day run a herd of 50 stud cows and 100 commercial females and were gaining as much equity and capital from their new block to grow their enterprise.

"It was just so nice to walk out the back and have them right there and seeing their progeny out the front," Ms Pointing said.

When it came to giving advice to other young people, establishing a base was critical.

"Start on a lease but get yourself a base," Mr McInerney said. It's been three years since Gunnedah's Jake Smith made the transition from award-winning auctioneer to in-demand announcer.

In that short space of time the 30-year-old has established a full-time program travelling to around 40 different shows a year from Bendigo in Victoria to Far North Queensland and even up to Darwin.

In 2018 he became the youngest rodeo ring announcer at Australia's biggest and richest rodeo during the Sydney Royal and this year took over the reins from the legendary Angus Lane as just the third person to take up the microphone at Beef Australia.

It was 10 years ago when Jake first picked up a microphone in front of a crowd of pony club enthusiasts and helped call classes and read results.

But he opted to chase a career as a livestock agent with Landmark Roma (now Nutrien) which saw him named Queensland's best young auctioneer in 2016.

It wasn't until he was asked to help at the Roma show that his passion for announcing was reignited.

He began announcing at smaller rodeos and then more shows. Before he knew it he was in the main ring of the biggest Royal show in the southern hemisphere and even calling world cup show jumping events and harness racing.

Jake doesn't go anywhere without a special briefcase, also known as his bible of information.

Inside are past show results, information on competitors and details of sponsors.

Having good engagement with the crowd, understanding the events taking place and being able to tell people's stories is what he believes makes a good announcer.

"People like to know what people have won and their history because all people involved in the show movement, Australia wide, they all have a great story and a good announcer can relay that across to the audience," he said. Born and bred on a cattle and sheep farm in Scotland, Anna has a lifelong passion for the agri-food industry.

Since 2018 she has been Woolworths' Sustainable Agriculture and Animal Welfare manager, and now lives on a sheep and cropping property close to Forbes.

Anna works together with farmers, suppliers and the industry to collaboratively set and improve standards for sustainable agriculture and the wellbeing of livestock throughout the Woolworths Group supply chains.

She's always had close links to agriculture and studied agribusiness management at Newcastle University, which included a year-long industry placement with a Scottish beef processor and an Aberdeen Angus Scholarship to New Zealand.

Anna's involvement with the Royal Agricultural Society of the Commonwealth (RASC) saw her become the youngest RASC board member at the time, aged 23. 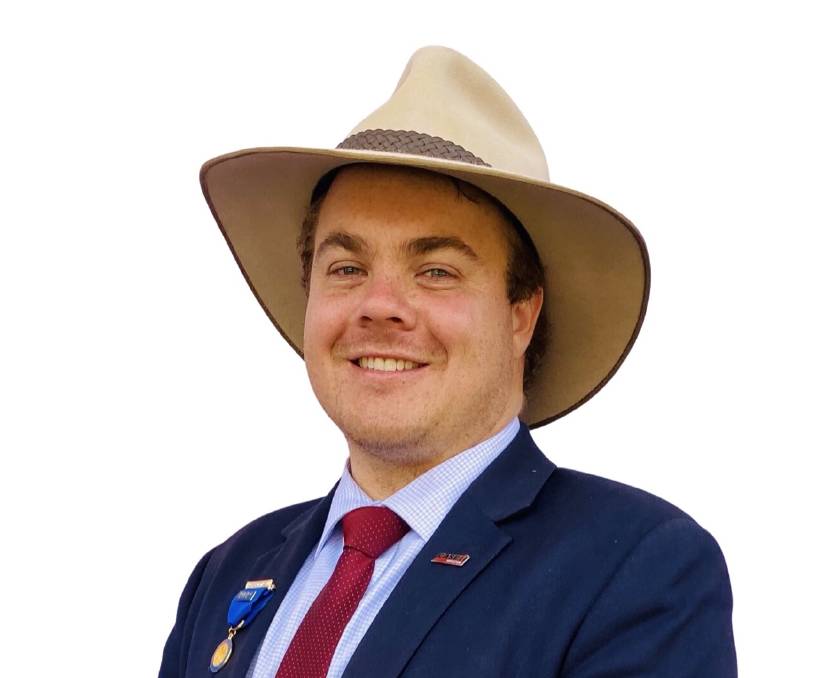 "Across Australia we are short of volunteers at a local level, within shows, community groups or for example The Rotary, and getting volunteers of all ages involved is important in keeping them going and the longevity of regional communities," he said.

Growing up in Parkes, Tobie now works as a sales manager for Case IH in Wagga Wagga.

In the future he would like to do more behind the scenes work in agri-politics, and contribute to national policy. 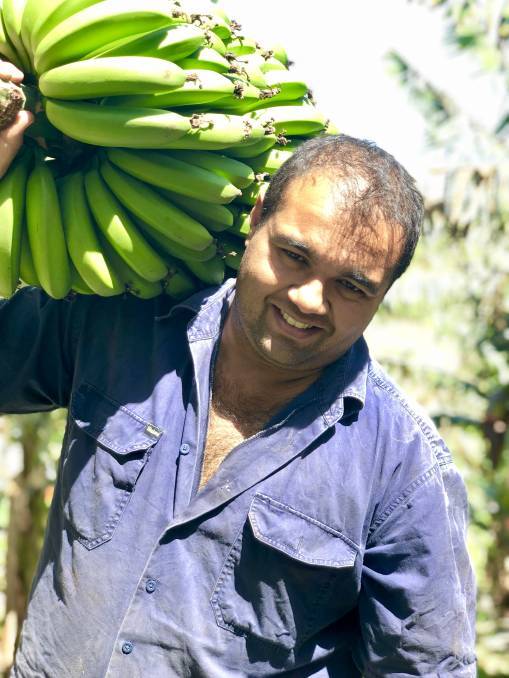 For the past 30 years, Paul's family have been growing bananas and avocados on the Coffs Coast, which has doubled in production in the last 10 years.

Since the family purchased the farm in 1991, they have adapted their farming operation and now also grow hydroponic vegetables.

In his 20s Paul was active in industry representation having recently completed more than four years on the board of NSW Farmers. 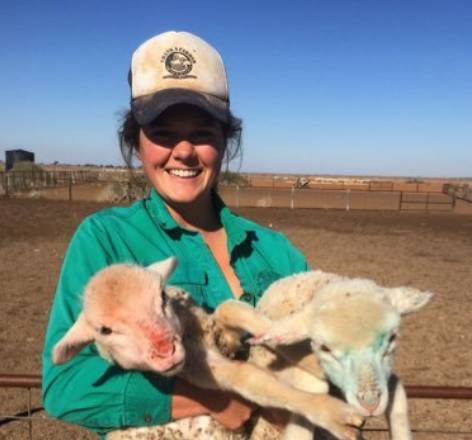 Currently working as a woolbroker in Mildura, Emma's passion for the wool industry and the western division is infectious.

This has become evident through her work as the young farmer representative for NSW Farmers' wool committee.

From a self-replacing Merino property at Ivanhoe, Emma graduated with honours from rural science at UNE having studied a comparison between six and 12 month shearing intervals. 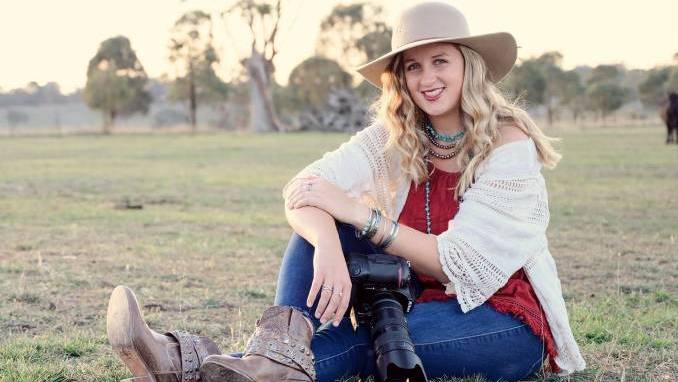 Emily is fast becoming one of the industry's most popular livestock photographers through her business Branded Ag.

Originally she took photos of her family's cattle and property known as Tickalara Angus and it wasn't until a gap year to America that she came to realise she could make a career out of her passion.

While she excels with standup shots, Emily has built a reputation for capturing not just quiet moments, but framing sometimes ordinary practices in a new light.