TANTALISING: The Baking Association of Australia is including a Best Mushroom Pie title within its annual competition this year. Photo: Shutterstock

ONE of the country's prestigious baking competitions is seeking out Australia's best mushroom pie.

The Australian Mushroom Growers Association (AMGA) has backed the Baking Association of Australia (BAA) to include a Best Mushroom Pie award within its prestigious baking competition in Sydney in May.

Held as part of the BAA annual three-day trade show, the competition attracts bakers from around the nation and typically receives more than 1700 entries from some 350 bakeries around Australia.

The AMGA has sponsored the new mushroom pie category in hopes of lifting the profile of the food.

For the mushroom pie segment, contestants are being asked to use white mushrooms, swiss browns or portobello mushrooms only, as these are the typical mushrooms found in most supermarkets and represent 98 per cent of the mushrooms sold in Australia.

BAA executive officer Tony Smith said the new mushroom competition segment was sure to excite the baking competitors this year.

"We have a few different comps for the bakers, including Australia's best mince beef pie, best poultry, best seafood etcetera, but this is the first time in BAA's history that we have had a specific competition segment for a mushroom pie, so I know the bakers will be excited about it. It will be great to see what flavours they invent," he said.

The mushroom industry has used various means to promote the product over the past few years, including gaining significant media coverage with National Mushroom Day on October 15, as well as promoting the health benefits of the fungi with research showing UV-exposed mushrooms (mushrooms put in sunlight) can be as effective for increasing vitamin D levels as a vitamin D supplement.

AMGA relationship and general manager Martine Poulain said the new competition segment will be a big help to the industry.

"If you walk into any bakery in Australia, you can usually find mushrooms being used as a second ingredient in a pie; like a steak and mushroom or chicken and mushroom pie, but rarely do you find a pie with mushrooms as the hero ingredient," Ms Poulain said. 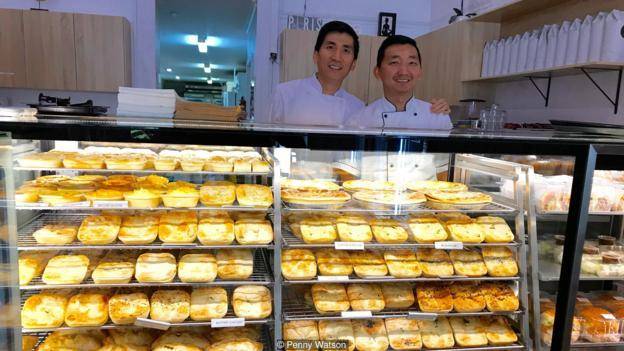 "We are seeing more and more Australians choosing a meat free or flexitarian diet, so bakers have a great opportunity here to cater for this customer by using mushrooms.

"We are hoping that this competition segment will ignite the imagination of bakers around Australia to think outside the 'steak and mushroom' pie box and consider using mushrooms as a hero ingredient pies."

"We never know what we are going to get from the contestants, so it's exciting to see what type of pie will take out the big title each year," Mr Smith said.

The Baking Industry Trade Show is being held on May 25-27. Entries for Australia's Best Pie competition are open now.

For more information or to register visit: www.baa.asn.au

The story The hunt is on for Australia's best mushroom pie first appeared on Farm Online.