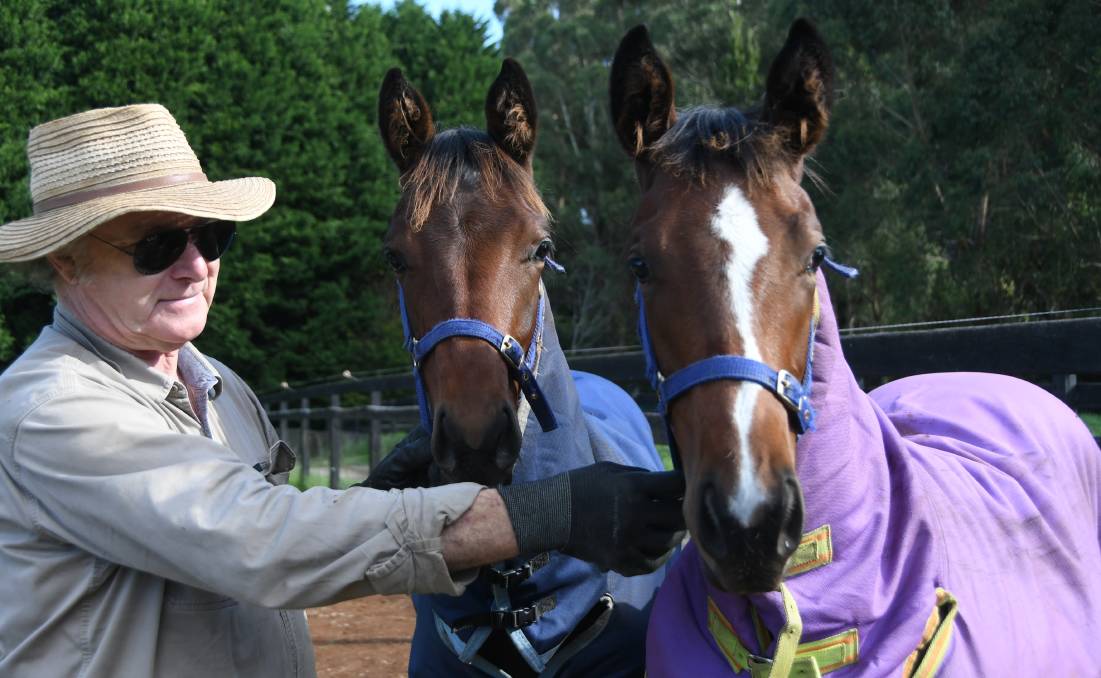 Southern Highlands breeder Garry Brilley with his colts by Mendelssohn and Shalaa which are on offer at the Inglis Australian Weanling Sale next week. Photo Virginia Harvey.

PROGENY of first crop sires will be on show at the forthcoming Inglis Australian Weanling Sale scheduled at its Warwick Farm headquarters of Riverside Stables on Thursday, May 6.

The Trapeze Artist colt is among the Cannon Hayes Stud draft, but acting as agent for Garry and Jo Brilley of "Long View" at Wildes Meadow in the Southern Highlands.

Pedigrees buffs, the Brilleys have tasted previous breeding success including winning half-brothers Twickenham (stakes winner) and Black Ice (stakes placed), also half-brothers to River Drift, dam of the Trapeze Artist colt. Another relation is their colt by Irish bred Shalaa, which is a brother to the David Payne trained recent winner War Baron, another home-bred for the Brilleys.

Coolmore Stud will have the first representatives by its highly touted Justify and Mendelssohn (by Scat Daddy), and Saxon Warrior (Deep Impact). Justify's first is a sale-opening colt, a half-brother to promising sire Super One and Group 2 winner Super Too, offered via Mike O'Donnell's Fairhill Farm, Mulbring.

Wonderful international sire More Than Ready will also have a new sire-son with his first youngsters at the sale, Prized Icon, a Group 1 winning two and three-year-old which stands at Kooringal Stud, near Wagga Wagga.

The Chairman Sale - an auction for elite breeding prospects, follows the next day, its 60 strong list (with a number of wildcards to be offered at the end), beginning at 5.30pm. 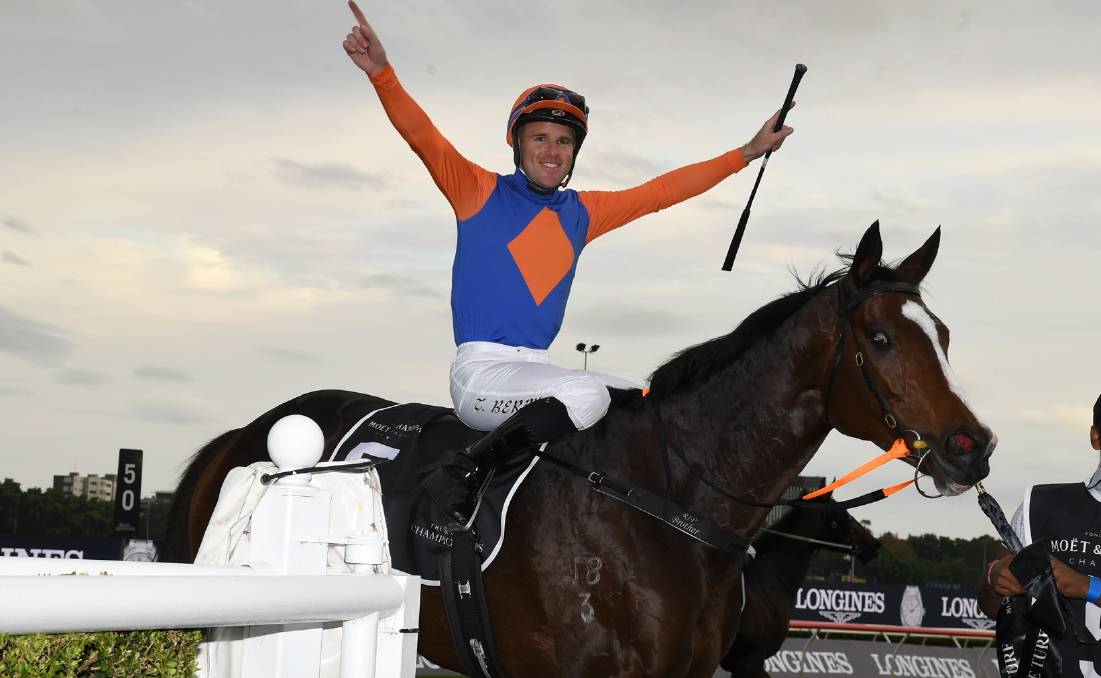 One of the highlights of The Chairman Sale, Nettoyer (Tom Berry) after her recent Group 1 win at Randwick. Photo Steve Hart.

The recent win of Nettoyer in the Queen Of The Turf Stakes-G1 at Randwick underlined her high price tag that the seven-year-old Sebring mare will command at lot 41.

Nettoyer is one of the high-profile entries of the evening auction.

Another dual Group 1 winner listed is Time Thief eight-year-old In Her Time (earner of $3.7m), a mare in foal to I Am Invincible, as well as El Dorado Dreaming (won ATC Sires' Produce Stakes-G1), and Scarletini (dam of Group 1 winner Angel Of Truth) in foal to Fastnet Rock.

Inglis' Riverside Stables has a hectic period of live-auctions with its inaugural Hunter Thoroughbred Breeders Association supported May Yearling Sale preceding which is slotted next Sunday and Monday May 2 and 3. While Kooringal stud will offer the first youngsters by $2.1m earner Prized Icon at Inglis' weanling auction, another southern district's breeding property Bowness Stud at Young, will offer the only offering by More Than Ready proven sire, Better Than Ready, which stands at Lyndhurst Stud, Queensland.

For many years, Lillian was the honorary legal officer of TBV, Vice President for a time, as well as a long-serving committee member. Horse racing was in the family history, with Lillian's grand-parents reportedly meeting at the Echuca Cup.

Another success for Lillian (together with long-time friend Gronia Poliness) was breeding Sir Topaz, a horse by Irish bred Rustic Amber and which they raced to win four races.

Following his race career, Sir Topaz went to Queensland for private stud use, and from which he sired a few winners.