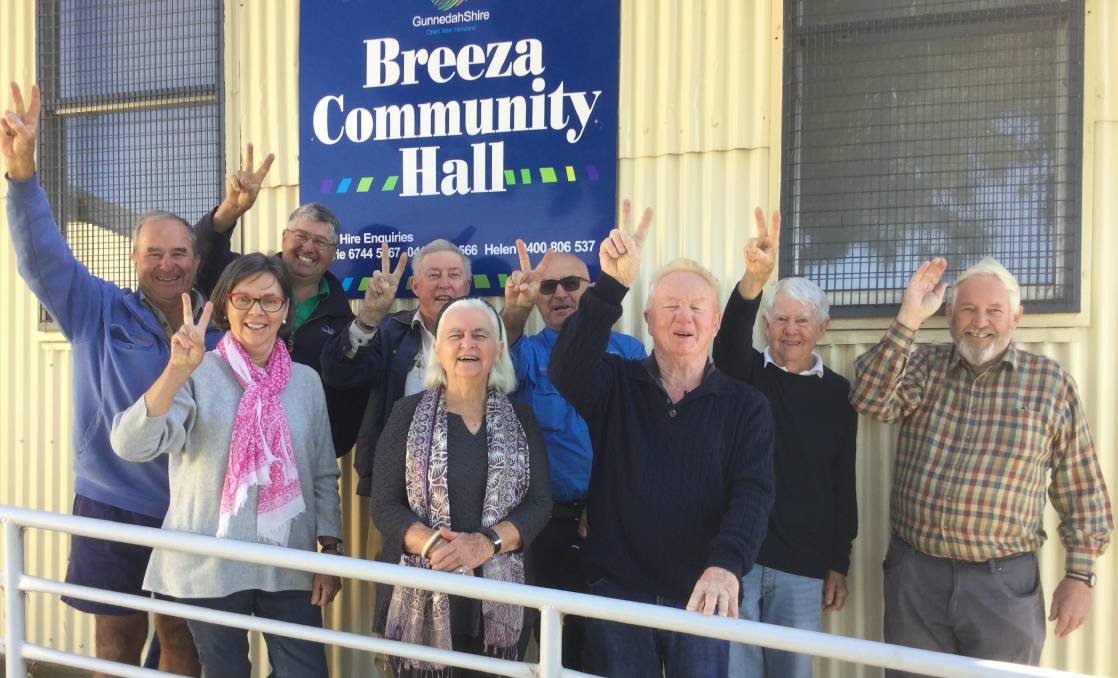 Members of the Caroona Coal Action Group meet at Breeza on Tuesday to celebrate the end of Shenhua's plan to open a major open-cut coal mine.

Victory day came at a price against Breeza coal mine plan

It's all over bar the coal seam gas bogey.

That's the feelings of Breeza community groups and farmers after a 15-year battle to stop an open-cut coal mine proceeding near Breeza on the rich Liverpool Plains.

The decision by the NSW Government to buy out Shenhua's mining licence for $100 million has finally brought to a conclusion the campaign by the Caroona Coal Action Group Committee to stop the mine.

But it's come at a huge cost.

Group spokesperson and Caroona farmer Susan Lyle estimates the local stakeholders have spent well over $130,0000 on their own research and technical reports, and almost $1.2 million in total by the committee since 2007, in fighting the mine proposal.

And of course there have been the countless meetings, agenda items, and above all the stress on farming families not knowing if they had a future, with the expected loss of critical groundwater supplies.

"Of course we are all delighted the buyback has happened," Mrs Lyle said.

"It's been a long hard slog to get here. This project has stopped people developing their properties for years. I mean many didn't want to sit around, they have to build infrastructure but this was hanging over their heads. So this is an enormous relief that they can get on with that."

The Lyles themselves were not only facing loss of groundwater on their farm but also having their Watermark causeway irreversibly changed, and facing the prospect of what water that came through their property, being salted up. "That would have been terrible for us."

The buyout of Shenhua will see 6400 hectares relinquished for biodiversity and managed by Local Land Services (LLS). The Land has confrmed that Shenhua will retain ownership of the rest of the land that was bought up - amounting to about 16,000 hectares, some of which is currently leased by local interests or former owners.

A spokesperson for NSW Deputy Premier John Barilaro said it was up to Shenhua to decide what to do with the freehold land it had retained.

"The 6,400 hectares of high biodiversity land being relinquished by Shenhua will be managed by LLS," the spokesperson said.

"The remaining land is held freehold by Shenhua, and what they do with that land is a matter for them.

"However, coal mining will not be permitted on the land, and the Exploration Licence 7223, covering the area, has been cancelled by the NSW Government.

"Given the high value currently placed on agricultural land there is every chance they might sell it back to farmers but that is a matter for Shenhua."

A spokesperson for Shenhua said no decisions on the future of the land had been made.

"There is no update yet in terms of plans for the land," the spokesperson said.

Some believe Shenhua may be tossing up whether a renewable energy project could be established on some of the land.

"Even The Nationals conference has voted for these PELs to be extinguished but the politicians haven't acted on it," he said. "The Narrabri gas project has been approved and we don't need these other PELs."