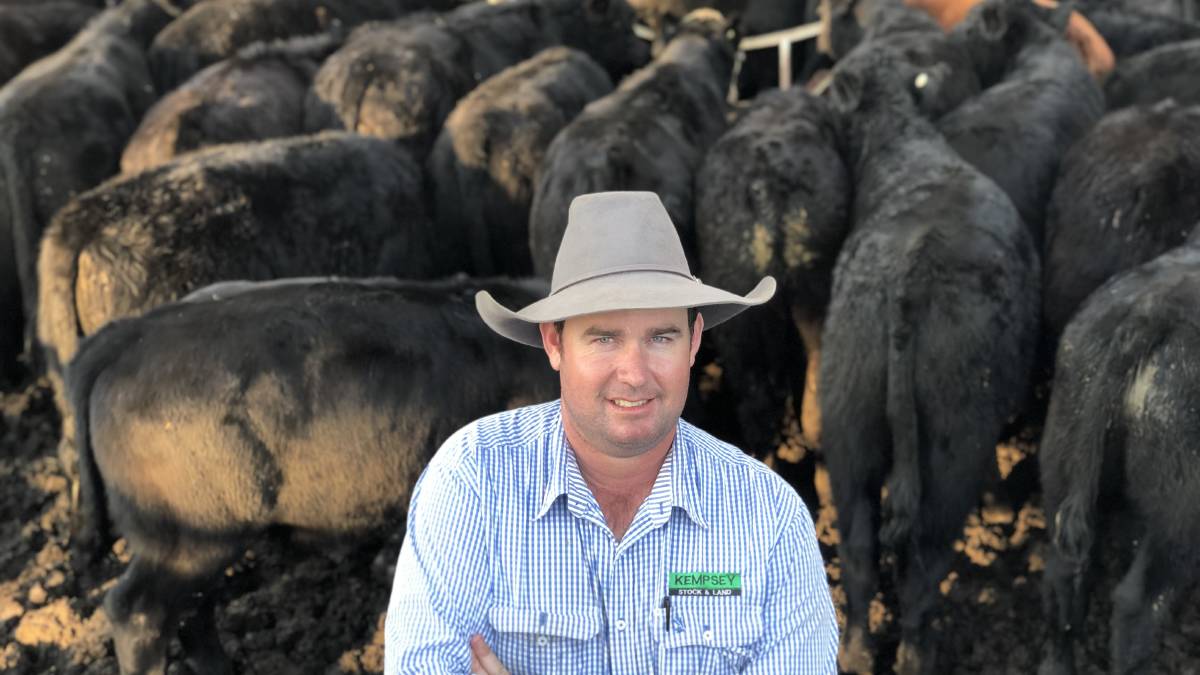 Kempsey Stock and Land yarded 1880 head of cattle on Thursday with good lines that sold to a top of $1691 for steers and $1339 for heifers.

Kempsey Stock and Land yarded 1880 head of cattle on Thursday with good lines that sold to a top of $1691 for steers and $1339 for heifers.

Buyers came from the Warialda district, the northern Tablelands and the local valleys.

Raymond Clarke, Nulla Nulla, sold Angus and Angus cross with an infusion of Simmental, 291 kilograms for 568 cents a kilogram or $1652, going to a Hastings Valley backgrounder.

Mr Clarke said this season's crop of calves were the best he's produced for years.

"They were definitely heavier across the board; I'd say 40kg up on last year's calves, which did it tough for the first five months of their lives," he said.

"We've had an unbelievably good season," said Mr Mainey. We've got 300kg calves when generally they weight 260 to 280kg. That's just as well considering cow numbers are back nearly 30pc after the drought.

A good run of Angus with a touch of Brangus from Dennis and Helen Mitchell, Nulla Nulla, 311kg, made 512c/kg or $1592 going for backgrounding at Ebor

Angus/Hereford from Barry and Gail Lee, Sherwood, 320kg brought 462c/kg or $1478 going to the Warialda district while their Hereford steers, 325kg, made 470c/kg or $1527 going to Guyra for backgrounding.

Riverview at the Hatch via Telegraph Point which was hard hit by the Hastings floods in March sold Angus cross steers 210kg for 640c/kg or $1344.