Labor ag shadow minister Jenny Aitchison, second from left with Labor's Upper Hunter by-election candidate Jeff Drayton at a farm near Scone on Sunday where Labor called for an independent role for the NSW Ag Commissioner to champion farmers' causes. They are at Joplin Higgins' (at right) farm near Scone.

NSW Labor has taken its criticism of the position of new Agriculture Commissioner to a new level, saying the position should be elevated to an independent role to freely pursue farmers' concerns.

"It's ridiculous that primary producers across the state are unable to pick up the phone and talk to the agriculture commissioner. They have to send an email," Ms Aitchison said.

"Farmers have not been given an Agriculture Commissioner. They have been given a $250,000-a-year part-time bureaucrat who they can't even contact by telephone to advocate on their behalf."

The Shadow Minister for Primary Industry Jenny Aitchison and Labor's candidate for the Upper Hunter Jeff Drayton made the move for a new independent role on a visit to a farm in Scone on Sunday.

Mr Drayton said Upper Hunter dairy farmers have been left to fend for themselves after the worst drought in the State's history, bushfires, COVID-19 and the recent floods. 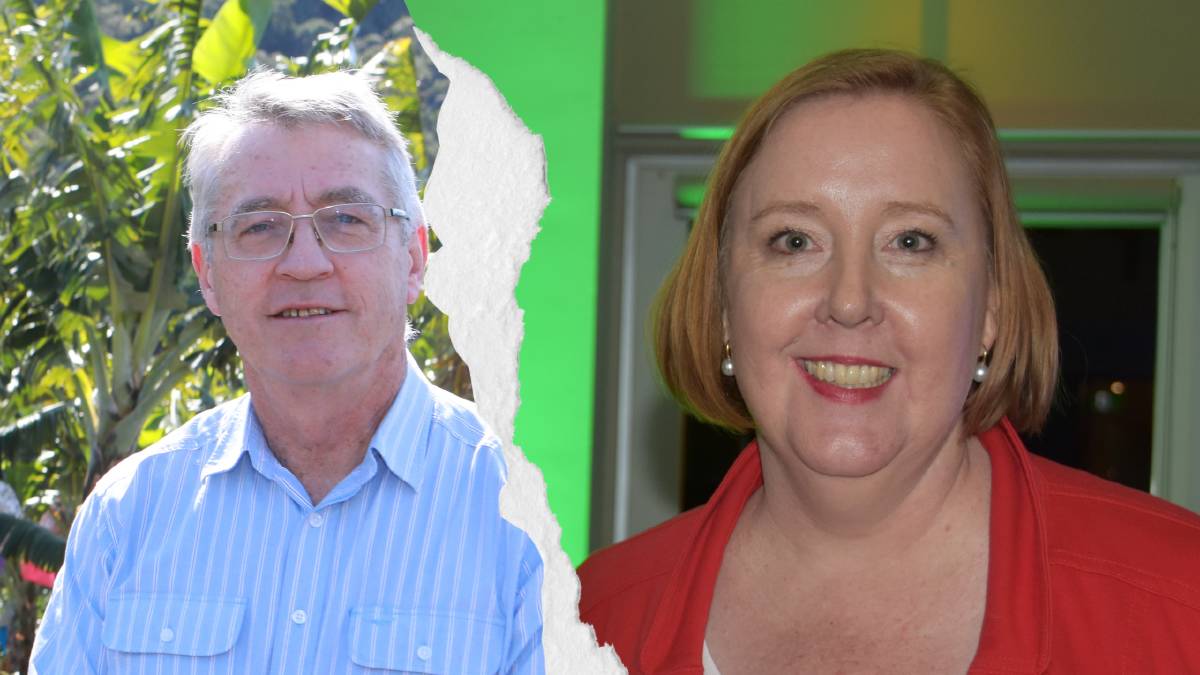 Labor's Jenny Aitchison called for an overhaul of the role of NSW Ag Commissioner Daryl Quinlivan (at left) after it was revealed in NSW Budget estimates that he was classed as a "departmental staff member" answerable to the Ag Minister, and not in an independent role. Photo on right of Labor Primary Industry shadow minister Jenny Aitchison by John Ellicott.

"Farmers in NSW pump billions into our state's economy and all our farmers have gotten in return is a part-time bureaucrat from Canberra. The National Party promised to appoint an Agriculture Commissioner to resolve land use conflicts, but that is definitely not what they have delivered," Mr Drayton said.

"Upper Hunter Farmers are having to fight for the right to farm - with increasing development on agricultural land, a reduced agricultural workforce, lack of training and no real whole-of-government plan for the success of the agriculture industry in NSW. In their time of greatest need, the National Party have deserted farmers.

"I'm pleased NSW Labor has committed to delivering a real Agriculture Commissioner. Industry and farmers should not have to fend for themselves. They need urgent guidance and support to navigate through the planning process. They are up against huge multi-nationals and faceless government departments. They're being short-changed by the Nationals' watered down, part-time Agriculture Commissioner.

Ms Aitchison said "Labor's NSW Agriculture Commissioner will become a full-time statutory appointment with legislated powers, independent of Government. That means they'll advocate for all farmers, particularly on planning issues. They'll be frank and fearless in their recommendations to Government, and ensure farmers voices are heard."

"With the constant infighting in the coalition, farmers have no certainty about what planning regime will apply to them next week. It all seems to depend on whether the Nats or the Liberals are winning the day in cabinet. It's time to take the petty party politics out of the way this Government deals with one of our state's most important industries."

"NSW Farmers and Dairy Connect have all been supportive of a strong, vocal Agriculture Commissioner, who is independent of Government, with statutory powers. It's vital that farmers have a real voice that can cut across the silos of Government."

Ms Aitchison added: "Our dairy farmers deserve better than a part-time Agriculture Commissioner who still doesn't even have a phone number they can call him on. Farmers need a Commissioner with the statutory powers to assist the industry and make a real difference, independent of Government."

"When a developer comes knocking on your door, you want someone who can help you navigate the process

In the first year, the Commissioner will develop:

The Agriculture Commissioner will work closely with Labor's Dairy & Fresh Food Commissioner to improve outcomes for all farmers in NSW, Labor said.