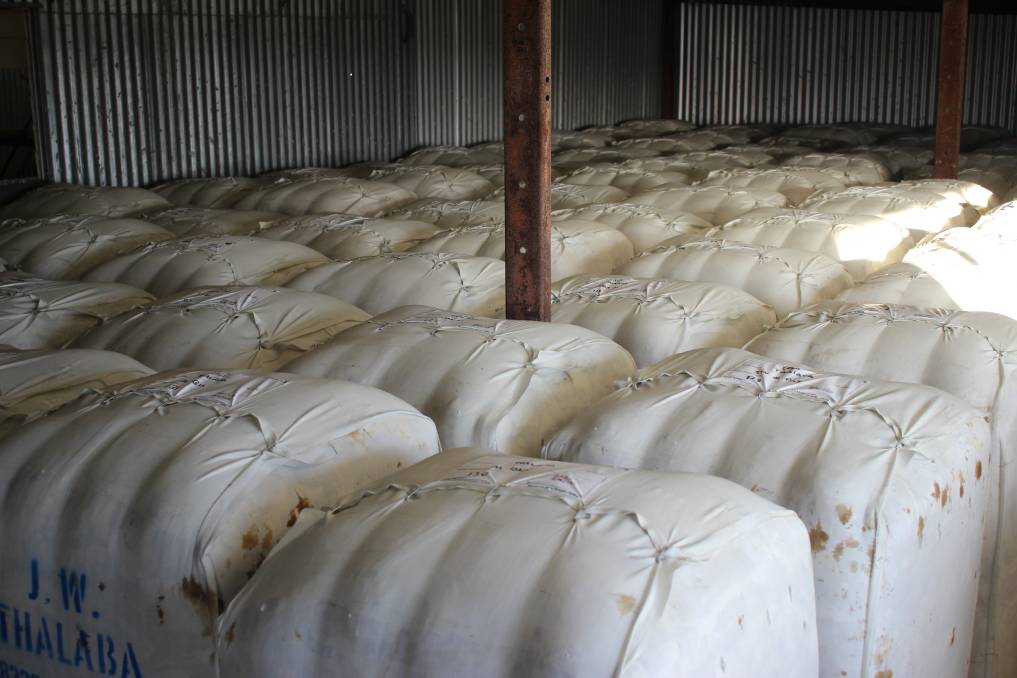 China has been buying more wool in recent weeks, but stock indigestion is a risk.

Almost like a switch being flicked, the wool trade seemed to suddenly realise it had been neglecting medium Merino types far too much of late, and these were back in favour again last week.

Prices for all Merino categories were stronger at national auctions, despite: an unfavourable currency rate; a big offering that initially hovered around the 50,000-bale-mark; and a fair proportion of faulty wools presented at all three selling centres.

The overall Australian Wool Exchange (AWEX) Eastern Market Indicator (EMI) increased by a solid 30 cents a kilogram in local currency, which was up US34c/kg and 21c/kg Euro higher.

All Merino types rose by 50c/kg - give or take - carding wools were 10-20c/kg higher and crossbred categories remained grounded, but still registered a positive tone.

Uniform orders in China provided the trigger to refocus attention on the medium Merino segment.

Chinese mills suddenly realised that much of this uniform fabric will be, as usual, made from 21 or 22-micron categories - with some polyester.

So, the uniform trade soaks-up some volume of Merino wool, as it usually does at this time of year.

Mills are also refilling their warehouses in anticipation of production orders for consumer clothing in the coming season.

Nobody is talking about a recovery in a global sense yet. But glimmers of light are beginning to show.

European activity is just a little bit better than it has been in previous weeks and, despite the horrors of COVID-19 in India filling the television news, Indian firms are still buying - and providing an alternative market for exporters here and in South Africa.

The numbers clearly show the domination of the Chinese market, at least in the early stage processing category.

Europe has slipped, for obvious reasons, but does still figure as an important destination for Australian wool - when it has been combed or spun.

China's consumer market, individual or corporate, has grown considerably by comparison to the rest of the globe.

This is so much so, that some of the best Italian fabrics this season are being exported to China.

So, China's Labour Day holiday period has been officially extended to five days this year, rather than the usual three days.

Short trips, holidays and visits to tourist sites in the country are expected to add up to about 265 million journeys by road, rail and boat, according to a transport ministry official.

This level of activity has not been seen since 2019 - before the coronavirus struck.

But, although the day-tripping helps the regional tourism operators, as everybody is aware, the main thrust of the extra holiday period seems to be getting people into retail therapy.

Consumer activity across China has lagged behind the stronger rebound in industrial production, which has had more direct government stimulus applied.

From a wool industry perspective, Chinese activity has been phenomenal as a replacement for stagnant European and American consumer activity.

But some doubts clearly exist about whether the product has made it all the way through into consumer wardrobes, or if there is a bottleneck at the cash register, or there are big volumes languishing in warehouses or on shipping docks.

Given the infinitesimal market share of Merino wool in the world's apparel - about 1.3 per cent - it may not be a big problem.

But if cotton and polyester garments are building-up because the Chinese consumers are being more careful with their cash than usual, a veritable mountain could be being created.

So, the government decree - in subtle terms via an extra couple of days holiday - is to get out and spend.

This different approach to stimulus from Beijing, compared to Washington, is stark and probably highlights the difference between the two economies.

American stimulus has been to, firstly, hand out cash to individuals - who will mostly spend it - and then follow-up with infrastructure projects.

Whereas the Chinese methodology now, and during the previous global financial crisis recovery, has been all about infrastructure spending as a means of stimulation.

The urbanisation, modernisation and increased standard of living across China is perhaps making this less effective than it was 13 years ago.

So, the change in focus from China now is to allow more leisure time - and hopefully more spending - to stimulate the retail sector, which - in turn - stimulates the manufacturing sector, the transport sector and so on.

So, while there are no red flags at present of stock build-up along the wool pipeline - and mills in early stage production at least seem to be content to refill the warehouse - a degree of caution needs to be observed.

Australia has exported significantly more wool this year compared to last year to a world retail scene that, outside of China - and perhaps including China - has been operating on life support.

If the autumn-winter selling season gets back to "normal", everything will be sweet.

But if COVID-19 vaccination programs don't get moving, or if someone trips over a large pile of leftover stock from last year, or there is another and bigger Suez Canal shipping blockage, the market may just get a case of indigestion.