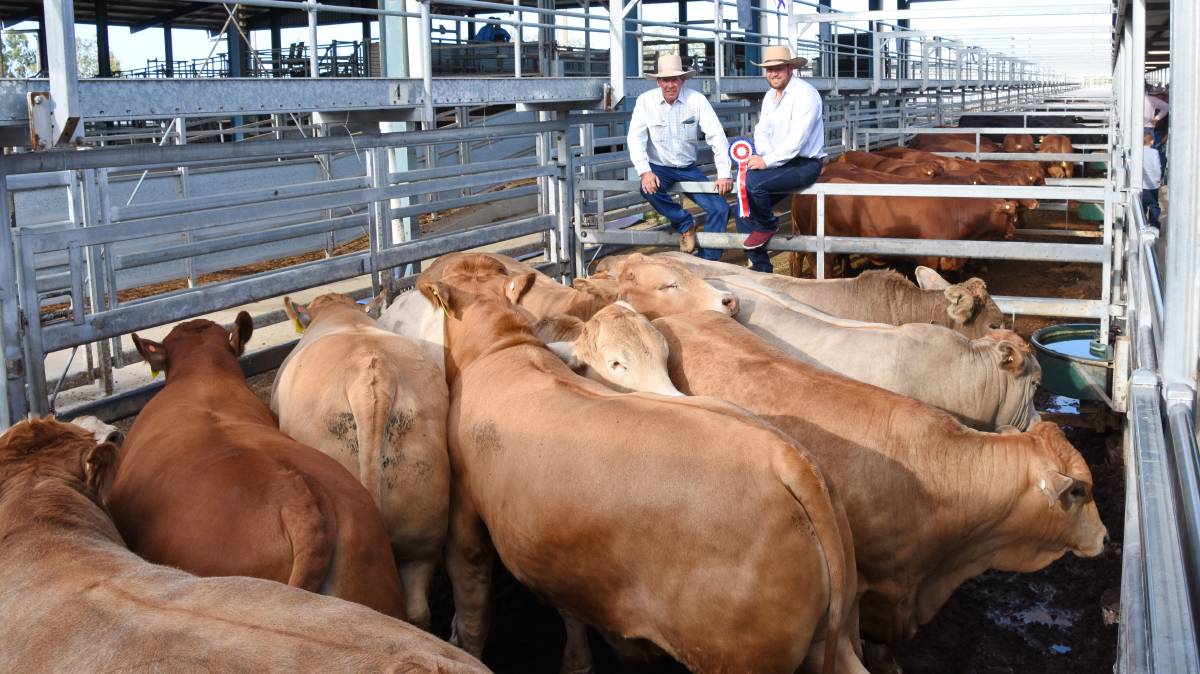 Beef 2021 saw a showcase of 1568 head of top-quality commercial cattle.

In a line-up of 1568 head, it was the pen of 10 Charbray steers weighing an average of 696.5 kilograms that caught the attention of judges Geoff Teys, Teys Australia, and Robert Barnard, JBS.

HGP treated and fed for 100 days at Lillyvale Feedlot at Condamine, the champion pen of lot-fed steers first took out the blue ribbon in Class 2 - Pen of 10 Steers 640-760kg, maximum four teeth, minimum 100 days grain-fed, suitable for the export market.

Peter Quinn said this was their first major win in a commercial cattle competition.

"Winning the chocolates in a competition this big, you don't do it too often so we're pretty happy about it," he said.

"It's always good to put cattle up here and feed them and see what they stack up like with the industry's best and they obviously stacked up alright."

As well as using the competition to benchmark their cattle, Peter said it's always fun to take part.

"You've got to participate for the industry and try to put something forward that shows people what we can do with beef in our state and our country," he said.

"And if this doesn't showcase the beef industry, what does," Matt Quinn added.

Spread across roughly 32,000 hectares in total at Essex, Middlemount, and Taemas, Charters Towers, the family run a herd of 6000 to 8000 head on country ranging from open forest to brigalow.

"We breed and fatten, looking for max kilograms to grass, and have fun doing it," Peter said.

Using purebred Charolais and Brahman bulls to produce the Charbray progeny, the Quinns have recently introduced Shorthorn sires into their operation.

When asked what they like about that particular crossbreed, Peter pointed to the the grand champion pen and said "it produces that". 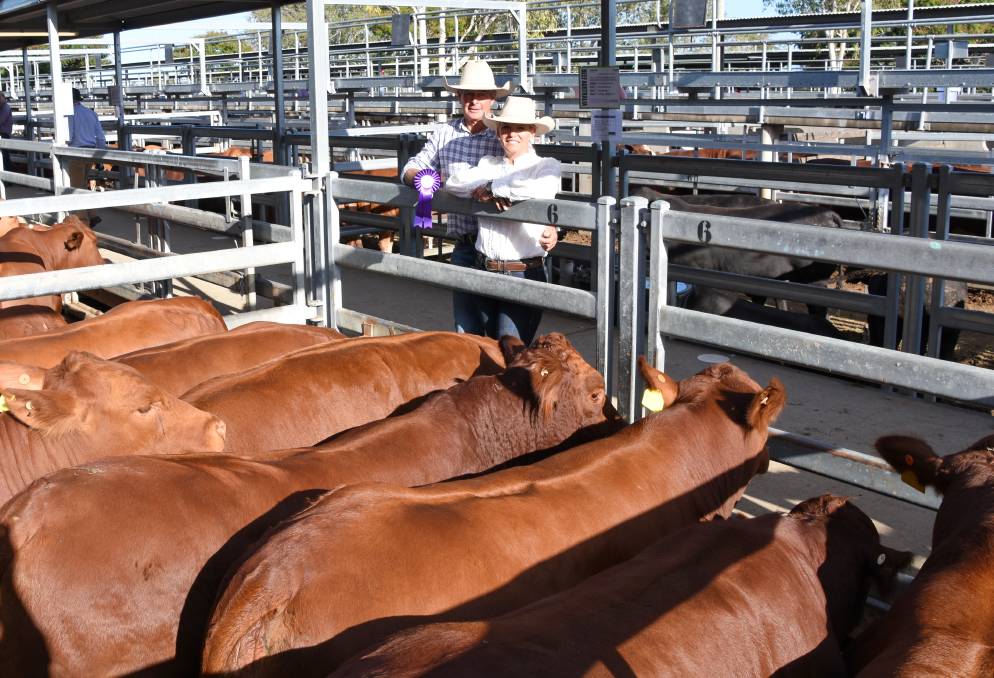 "We enter every Beef and we normally get a ribbon or two but this time we got a few purples so that makes it all worthwhile," he said.

"To stand your cattle up against other people's, it's a yardstick to see how you're going and it's nice to be involved in Beef - it's good for the beef industry and it's good to showcase your cattle on the big stage." Mr Mylrea said the competition is a great platform to showcase the versatility of the Droughtmaster breed.

"The steers are just purebred Droughtmaster and we like to promote the pure Droughtmaster because it's good for our breed and for the bulls we sell," he said.

"The heifers are Droughtmaster/Limousin-cross and we like them because it shows people the Droughtmaster females are a good crossbred.

"You can do anything with them and put whatever you like over them, the Euro is ideal, but the Droughtmaster female a lot of times is overlooked and underrated, but they're a beautiful animal to crossbreed with."